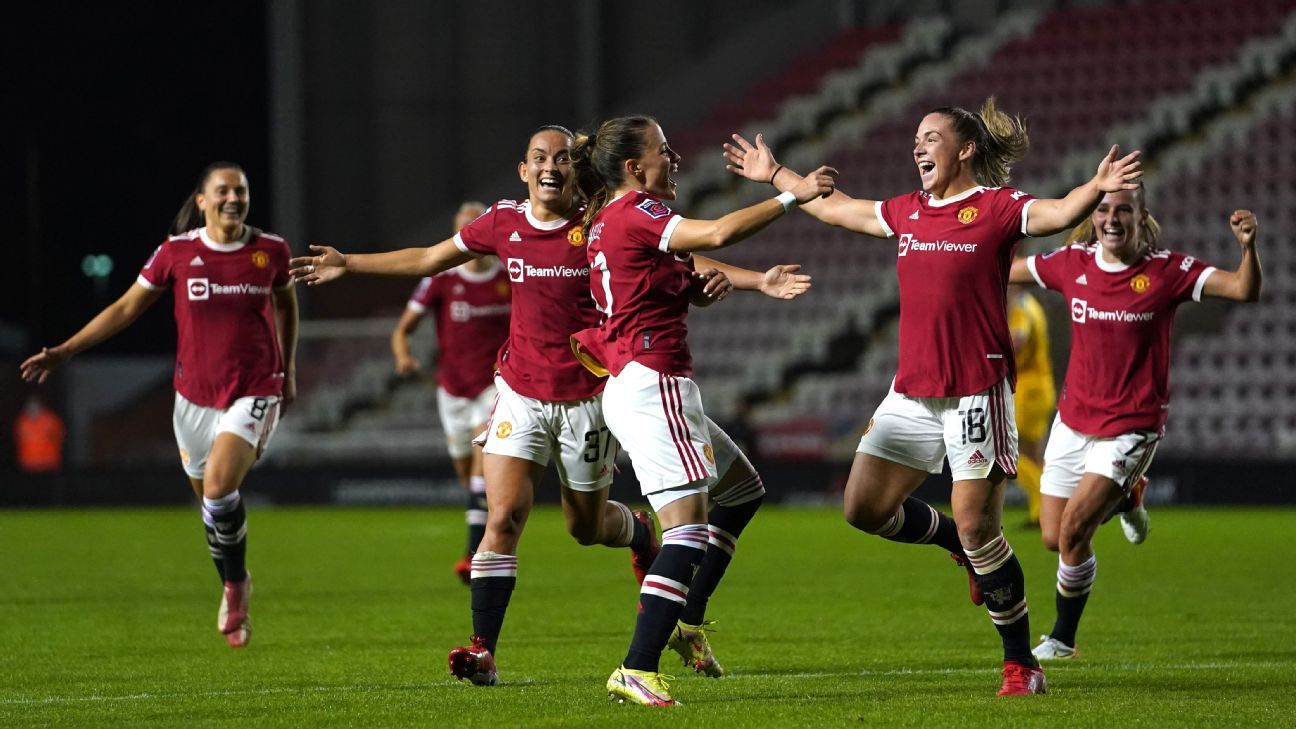 Manchester United got their FA Women’s Super League season off to a flying start with a 2-0 win over Reading thanks to a goal in each half from Kirsty Hanson and Ona Batlle.

Hanson got the first goal of the season six minutes before the break as Ella Toone picked her out with a superb pass and she slotted the ball home to put United in front to the delight of the 2,000-strong home crowd.

Reading pushed for an equaliser after halftime and Brooke Chaplen saw her shot cannon off the bar and hit the ground and bounce away, with television replays showing the ball could have crossed the line. However, without goal line technology it was not given.

Spanish full-back Batlle then doubled United’s lead in the 54th minute when she fired a long-range rocket into the top right corner for an early contender for goal of the season, and Reading couldn’t find a way back into the game.

Champions Chelsea join the fray on Sunday when they take the short trip to Arsenal in a highly-anticipated derby clash between two sides tipped as title contenders.