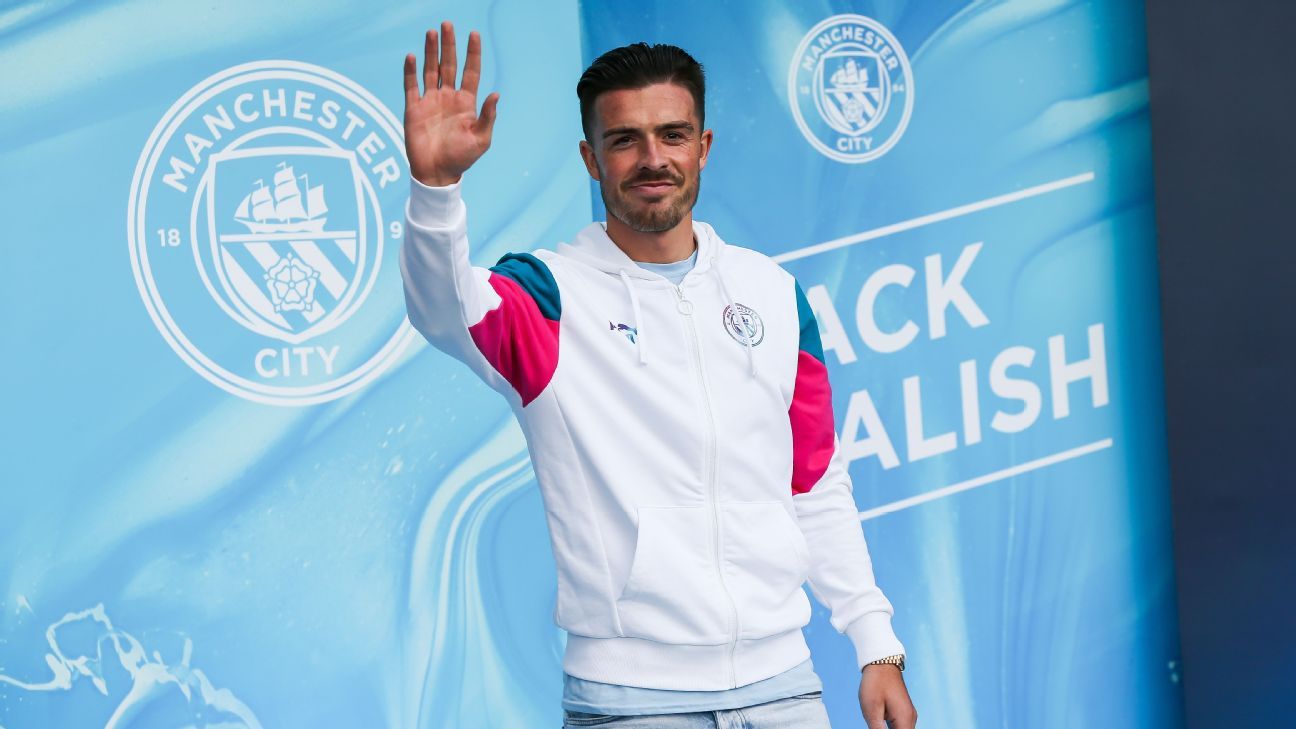 We’ll remember the 2021 summer transfer window as the one that saw both Lionel Messi and Cristiano Ronaldo move, while Kylian Mbappe and Harry Kane stayed put. And, of course, we’ll note the financial impact of the global pandemic, though it’s easier to determine that there has been an impact rather than deciding just what it is. Still, there are trends that emerge.

Overall gross spending in Europe’s Big Five leagues is down. It’s down, both relative to last summers as well relative to 2019, the last pre-pandemic window. That much is evident looking at Transfermarkt data, which is far from perfect — the numbers aren’t official (because there aren’t often “official” numbers relating to a transfer) and are often derived from media reports — but it’s the best we’ve got. And it’s certainly enough to identify bird’s-eye view trends. Like the fact that gross spend is down significantly in Serie A (it was 40 percent higher last year, and twice as much in 2019) and LaLiga, where it has cratered to less than €300 million when, in 2019, it was five times as high.

Even the Premier League, the European game’s epitome of financial solidly, has declined in consecutive summers, from €1.55 billion to €1.35 billion.

That’s gross spend, however, and it only tells you so much. Because if, say, Barcelona sells Arthur to Juventus €72m and buys Miralem Pjanic in return for €60m (yes, this really happened in 2020), the two clubs’ gross spend will be a combined €132m, but in net terms it’s only €12m. Money circulating is a good thing, but it obviously leads to double and triple-counting.

We can look at a league’s net spend instead — the money flowing in and out of a country on transfers — and get a slightly different picture. It shows, for example, that Premier League clubs spent, in net terms, some €300m less than the year before, while Ligue 1 and Serie A also saw their net spend decline. (The Bundesliga actually had a positive transfer balance in each of the past two summers, and it went up.) The one league that spent more in net terms than the year before may be surprising to some: LaLiga, though the big spenders weren’t the usual suspects, but rather Atletico Madrid and Villarreal.

Why were clubs more profligate a year ago, when the pandemic had no end in sight? (If there’s one thing we know clubs hate more than downturn, it’s uncertainty, because the latter makes it impossible to plan, while the former can be at least mitigated.)

Possibly for several reasons. One is that while losses were incurred ahead of the 2020 window, they really only hit the books ahead of 2020-21. Prior to that, many clubs had hatched transfer plans, made promises to managers and allocated budgets for reinforcing their squads. Yes, responsible clubs should have planned ahead, but some clubs have a different aptitude towards risk, in fact, and not all are what you’d call “responsible.”

Another is that some of the clubs who had cash available (usually through wealthy owners) chose to double down and take advantage of what they thought was a depressed market. We saw it last summer, with the likes of Chelsea, Manchester City and Inter. This summer, however, has seen two traditional big spenders like Barcelona and Inter forced to cut back heavily.

The fact that Financial Fair Play is suspended — it will return, though we’re not sure what form it will take — likely also was a contributing factor. We don’t know what it will look like, but it’s hard to justify taking a hard line against those clubs that chose a willingness to pump cash into the system, especially during a time when the football industry projects revenue to decline by some €8 billion over two years. So you can imagine that clubs with wealthy benefactors (Man City, Chelsea, Paris Saint-Germain) are banking on the fact that they won’t be punished for excesses during a downturn.

Then there’s the simple fact that many clubs chose, understandably, to be conservative when it came to contract extensions. An unprecedented number of top players found themselves with a year remaining on their contracts over the summer, which naturally depressed their transfer value. Many stayed put and some moved, but it’s a safe bet that if Real Madrid had extended Raphael Varane‘s deal, for example, he would have cost United far more than the €40m (plus bonuses) they paid for him.

Another way to look at this is in the number of big-money transfers. In the two pandemic-impacted summer windows thus far, we’ve seen four players move for transfer fees above €80m: Kai Havertz and Romelu Lukaku to Chelsea, Jack Grealish to Manchester City and Jadon Sancho to Manchester United. (Note: two clubs with wealthy benefactors and another with perennially deep pockets.) In the summer of 2019 alone, there were twice as many: eight.

The fact that the downward trend is sharper among expensive players (despite the few rich clubs that can throw their money around) than it is in terms of net spend suggests too that maybe clubs are starting to realize that, outside the very top tier of players, it’s simply not worth spending, say, €50m, when the guy you can get at €25m can often do the job almost as well.

We can all agree, obviously, that there has been a downturn, but the way it has manifested itself varies from club to club and situation to situation. And one of the side effects, as I’ve written before, may also be that even star players haven’t been getting their way as readily as before.

Messi wanted to stay at Barcelona; instead he moved to PSG (and took a pay cut). Kane wanted to join Manchester City, but had to stay at Tottenham. Ronaldo may have been able to engineer a move away from Juventus to Manchester United, but he also ends up taking a pay cut. Gianluigi Donnarumma wanted to move to Juventus or stay at Milan, but he ended up at PSG as a back-up, with only a tiny raise relative to what Milan were offering.

Perhaps some clubs were in denial last summer and only realized the severity of the situation this summer. Maybe they’ve learned that “player power” is somewhat of an overrated concept. Maybe, rather than obsessing over a target, they’ve grown a little bit smarter and realize that there are, often, cheaper alternatives out there.

Will the gravy train resume next summer? Probably, and if not then, soon thereafter. But maybe a few lessons have been learned along the way.

Germany players to get 400k each with WC win
Suspected Germany ‘fans’ in England pub attack
Sterling on England woes: Players to blame
Are Gerrard and Lampard the only options for next England manager?
Spain stunned by Swiss to relinquish top spot