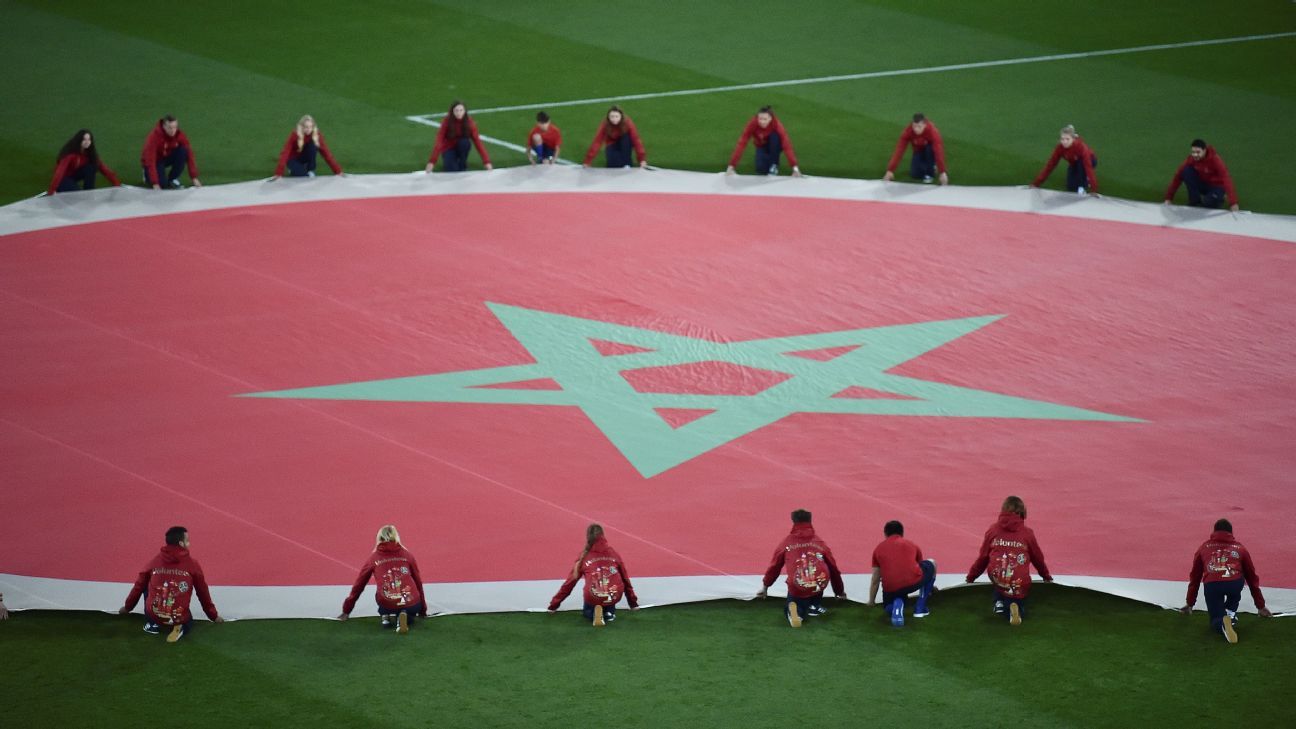 Morocco‘s national team are set to be evacuated from the Guinean capital Conakry and their World Cup qualifier against Guinea has been postponed because of a coup d’etat in the West African country.

A source close to the Morocco camp told ESPN that the team are preparing to exit Guinea imminently. “The Moroccan delegation are doing well and they are waiting to be evacuated,” the source said.

Morocco goalkeeper Anas Zniti, who is with the team in Conakry, has corroborated to ESPN that the squad are doing well, although they have witnessed the deteriorating security situation in the city, with midfielder Sofyan Amrabat sharing footage of military forces on the streets in his Instagram story.

The Morocco team have been told to remain inside their residence for the time being, and to stay away from windows and doorways.

“The current political and security situation in Guinea is quite volatile and is being closely monitored by FIFA and CAF,” the Confederation of African Football said in a statement.

“To ensure the safety and security of all players and to protect all match officials, FIFA and CAF have decided to postpone the FIFA World Cup 2022 qualifying match Guinea vs. Morocco, which had scheduled to be hosted in Conakry, Guinea, on Monday Sept. 6 Rescheduling information will be made available at a later date.”

Morocco trained in Guinea on Saturday shortly before the reported coup d’etat began, with hours of gunfire being heard in Conakry — in the vicinity of the presidential palace — according to the BBC.

Before the postponement was announced, Morocco coach Vahid Halilhodzic told French newspaper L’Equipe: “We’re at the hotel, gunshots can be heard nearby all day. We’re waiting for permission to leave for the airport but we’re stranded for now.

“A plane is waiting for us, but we are not allowed to leave. And to get to the airport, it takes between 45 minutes to an hour. When you hear gunshots outside, safety is not 100% guaranteed.”

He added: “I was told there was a possibility that the game would be played in Morocco, but I don’t know. For now we’re stuck there, let’s see how it goes. We wait. I hope we get back to Morocco before the end of the day.”

While Guinea’s defence minister has said that the coup d’etat has not been successful, the fate of President Alpha Conde remains uncertain. ESPN have seen verified images from the Guinean capital which depict corpses on the city’s streets.

A statement sent to ESPN issued by the “National Front for the Defence of the Constitution” — the coalition of parties opposing the ongoing presidency — has confirmed that the president has been detained.

Residents in the district of Kaloum have been told to remain indoors, while the military are still present in the streets and have taken control of the country’s land and air borders.

This prompted Air Senegal, which flew some of Guinea’s Europe-based players to Conakry, to cancel Sunday’s proposed flights out of the Guinean capital. The decision may raise concerns about the ability of Liverpool‘s Naby Keita — among others — to return to Europe.

Morocco travelled to the country on a special chartered jet, although it remains to be seen whether they will be allowed to depart via the airport.

The four Cameroonian match officials designated to oversee Monday’s fixture are also still in the country, with African football’s governing body yet to confirm how they will exit the country.

Officials from the Royal Moroccan Football Federation have been approached for comment by ESPN, but have refused to give further details on the team’s movements.

Information from Reuters was included in this report.

Messi double as Argentina beat Honduras in Miami
Berhalter: USMNT has ‘work to do’ before WC
Dalot nets double as Portugal thrash Czech Rep
Under the ‘Scaloneta’, Argentina have a foundation for Messi and Co. to thrive at World Cup
Atletico condemn fans’ racist Vinicius chants