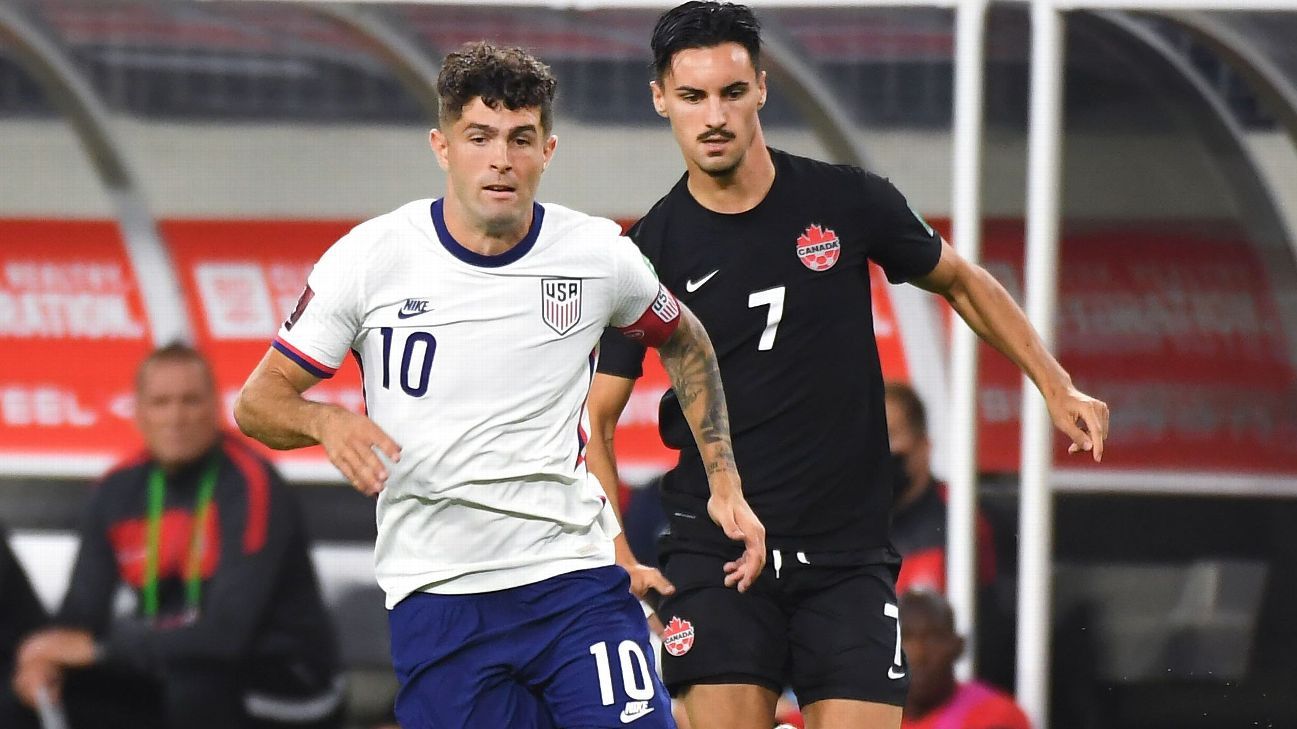 Pulisic was dynamic and injected some creativity the Americans lacked on the road, contributing to the buildup leading to Aaronson’s goal in the 55th minute.

But defenders DeAndre Yedlin and John Brooks were at fault for Larin’s goal in the 62nd, and the U.S. emerged from its opening two matches of the 14-game qualifying tournament with just two points heading into Wednesday’s game at Honduras.

An overhwelming pro-American crowd of 43,023 at Nissan Stadium booed loudly at the final whistle.

Mexico (2-0) leads the North and Central American region with six points, followed by Panama (1-0-1) with four, and the Canada (0-0-2) is third with two points, ahead of the U.S. on total goals, with El Salvador and Honduras further back. Costa Rica (0-1-1) and Jamaica (0-2) trail. The top three nations qualify for next year’s tournament in Qatar, and the fourth-place nation advances to a playoff.

The U.S. ended a streak of seven straight World Cup appearances when it fell one point short of reaching the 2018 tournament. The primary cause of the failure was the failure of the Americans to win home qualifiers against Mexico and Costa Rica.

Before that, the U.S. had not lost a home qualifier since 2001. No. 59 Canada, which hosts El Salvador on Wednesday, lost Davis to an injury midway through the second half. The Canadians have their best team in decades and are trying to reach soccer’s showcase for the first time since 1986.

No. 1 goalkeeper Zack Steffen missed his second straight match, this time after testing positive for COVID-19 after being sidelined for the opener by back spasms. He also will miss the Honduras trip.

Aaronson won a throw-in, and the U.S. made a series of quick passes as well as it has done. Jordan Prefok sent the ball to Pulisic and Tyler Adams, who gave it back to Prefok. He passed to Kellyn Acosta, who sent it wide to Antonee Robinson. He crossed in front, and Aaronson poked the ball past goalkeeper Milan Borjan for the 20-year-old’s fourth international goal.

But sloppy defense led to Larin’s 20th international goal, his ninth of this qualifying cycle. Alphonso Davies dribbled down the left flank and got by Yedlin, who replaced Dest in the 45th minute. Davies crossed in front to an open Larin, who got away from Brooks and redirected the ball past goalkeeper Matt Turner.