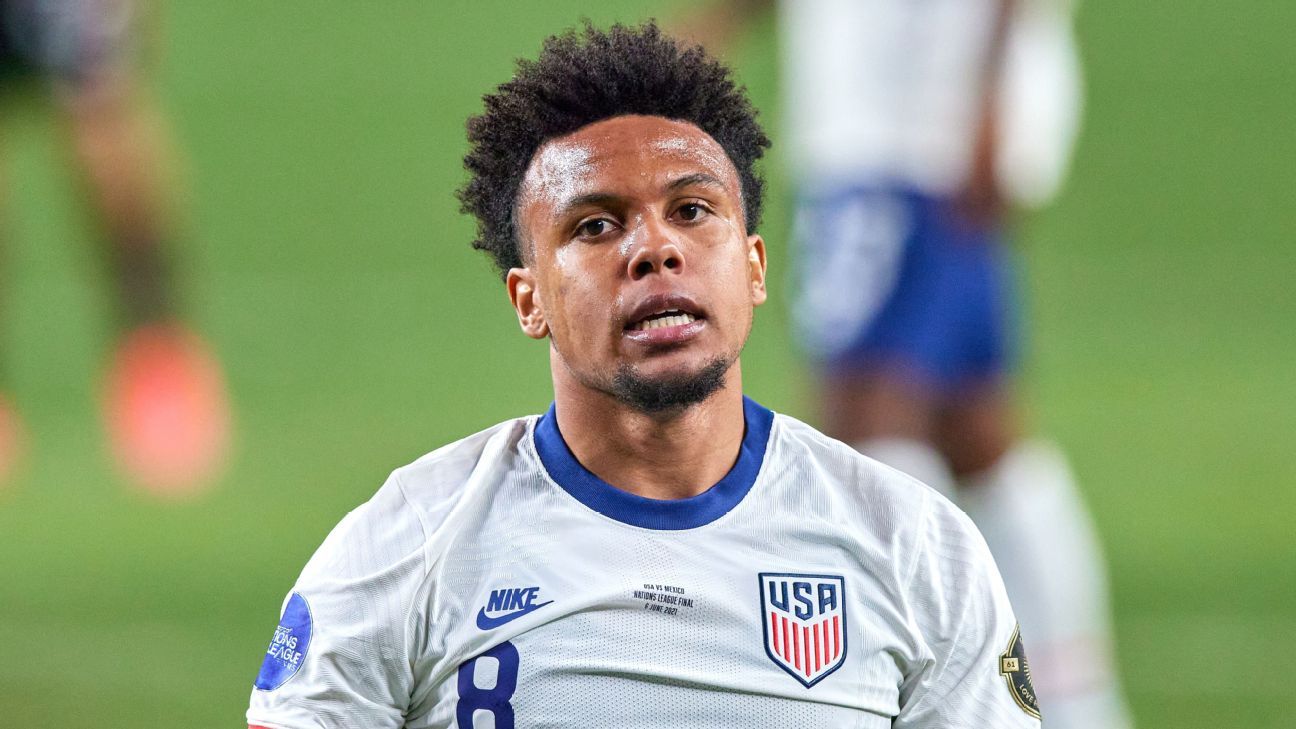 United States midfielder Weston McKennie was sent home by U.S. manager Gregg Berhalter for spending a night outside of the team’s COVID-19 bubble, as well as bringing an unauthorized individual back inside the bubble to his hotel room on a different evening, both of which violated the team’s coronavirus protocols, sources have told ESPN.

The news of an unauthorized person in McKennie’s hotel room was first reported on TUDN’s “Hablamos Soccer” podcast.

McKennie was suspended for last Sunday’s 1-1 draw against Canada in a World Cup qualifier for what Berhalter described as a “violation of team policy,” this after the player was seen taking part in the team’s final training session at Nissan Stadium on Saturday. McKennie later posted on his Instagram account that he was suspended for violating the team’s COVID-19 policy, and was dismissed by the national team on Monday.

Sources confirmed that McKennie’s multiple violations factored into the decision by Berhalter to suspend the midfielder and send him back to club side Juventus ahead of Wednesday’s World Cup qualifier at Honduras.

The issue of possible COVID-19 infection has been a concern for U.S. Soccer since the start of the pandemic in early 2020. Attacker Christian Pulisic tested positive on Aug. 18 while still with club side Chelsea. Two members of the U.S. delegation, including Manchester City goalkeeper Zack Steffen, tested positive for COVID-19 since the team first began to convene on Aug. 29. At the time that Steffen’s positive test was announced, U.S. Soccer stated that every player and staff member had since tested negative multiple times.

McKennie’s off-field behavior has become a source of concern for both club and country. The Juventus midfielder, who tested positive COVID-19 last October, was suspended by then-manager Andrea Pirlo last April for hosting a party that included teammates Paulo Dybala and Arthur.

The news surrounding McKennie has overshadowed the team’s preparations for Wednesday’s match. The absence of McKennie was felt in Sunday’s draw with Canada, the U.S. team’s second consecutive tie to start World Cup qualifying.