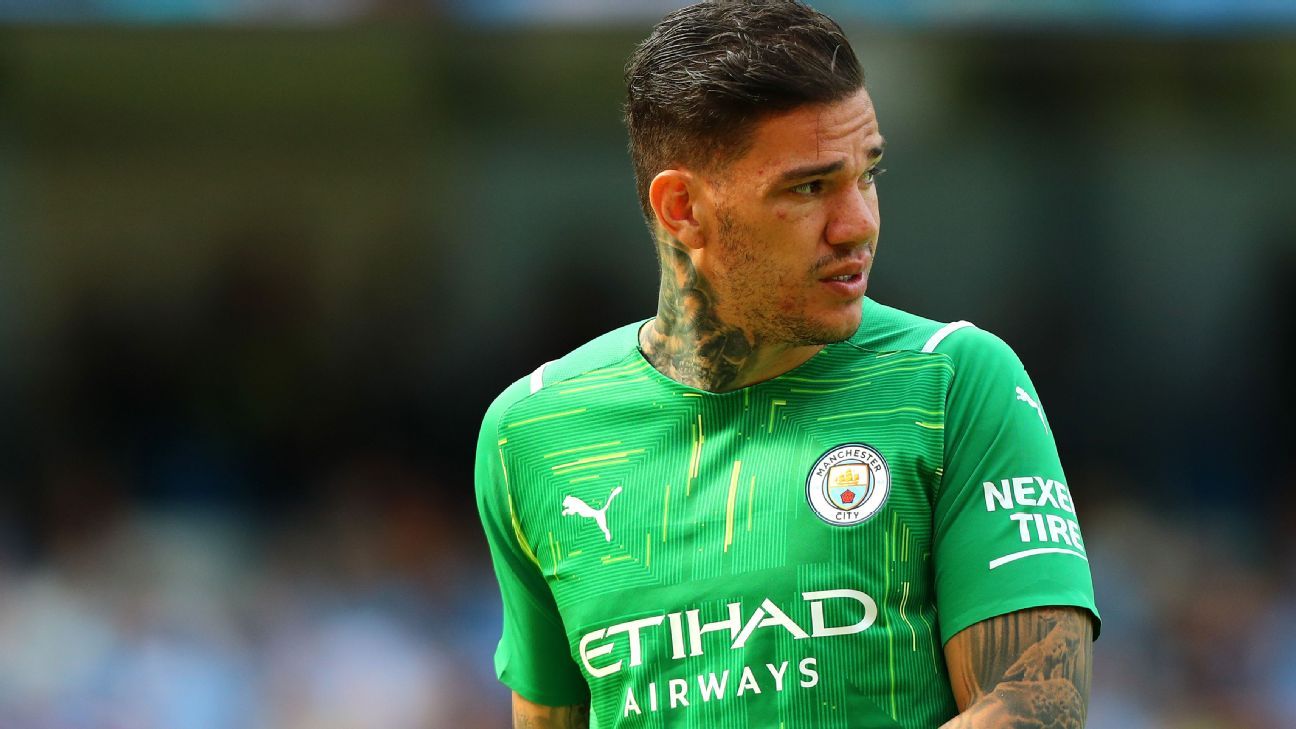 Manchester City face the prospect of picking third choice goalkeeper Scott Carson for their Premier League clash against Leicester City on Saturday with No.1 Zack Steffen recovering from COVID-19.

Eight Premier League players could miss the weekend’s fixtures after the Brazilian FA invoked a FIFA rule which prevents players from featuring for their clubs if they are not released for international duty.

The Premier League stopped players from joining up with their countries if it meant travelling to red list countries.

This means City would without first-choice goalkeeper Ederson while back-up Steffen tested positive for COVID-19 while on international duty with the United States meaning 36-year-old Carson could get the nod to start against Leicester City at the King Power Stadium.

The former England goalkeeper has made just one senior appearance since moving to the Etihad Stadium from Derby County, initially on loan, in 2019.

Sources have told ESPN that the Premier League are in discussions with both Brazilian authorities and FIFA in an attempt to resolve the situation and there is still hope Ederson will be cleared to play.

Under FIFA regulations, players can be banned for five days following the end of an international break. If it is not reversed, United midfielder Fred and Chelsea defender Thiago Silva would miss Champions League games on Tuesday as well as the next round of Premier League fixtures.

Liverpool‘s Roberto Firmino, Fabinho and Alisson have been included, as well as Leeds forward Raphinha, who was called to the Brazil squad for the first time.

Everton’s Richarlison, however, has not been included in the list as Everton allowed the striker to play at the Olympic Games when regulations did not force them to.

City are hopeful of having Kevin De Bruyne available for the trip to Leicester after the Belgium midfielder returned to training following an ankle injury.

Phil Foden has also re-started training after suffering a foot injury during Euro 2020.

The 21-year-old, who is close to signing a new long-term contract at the Etihad, is nearing a comeback but will be assessed before a decision is made about his chances of facing Leicester.