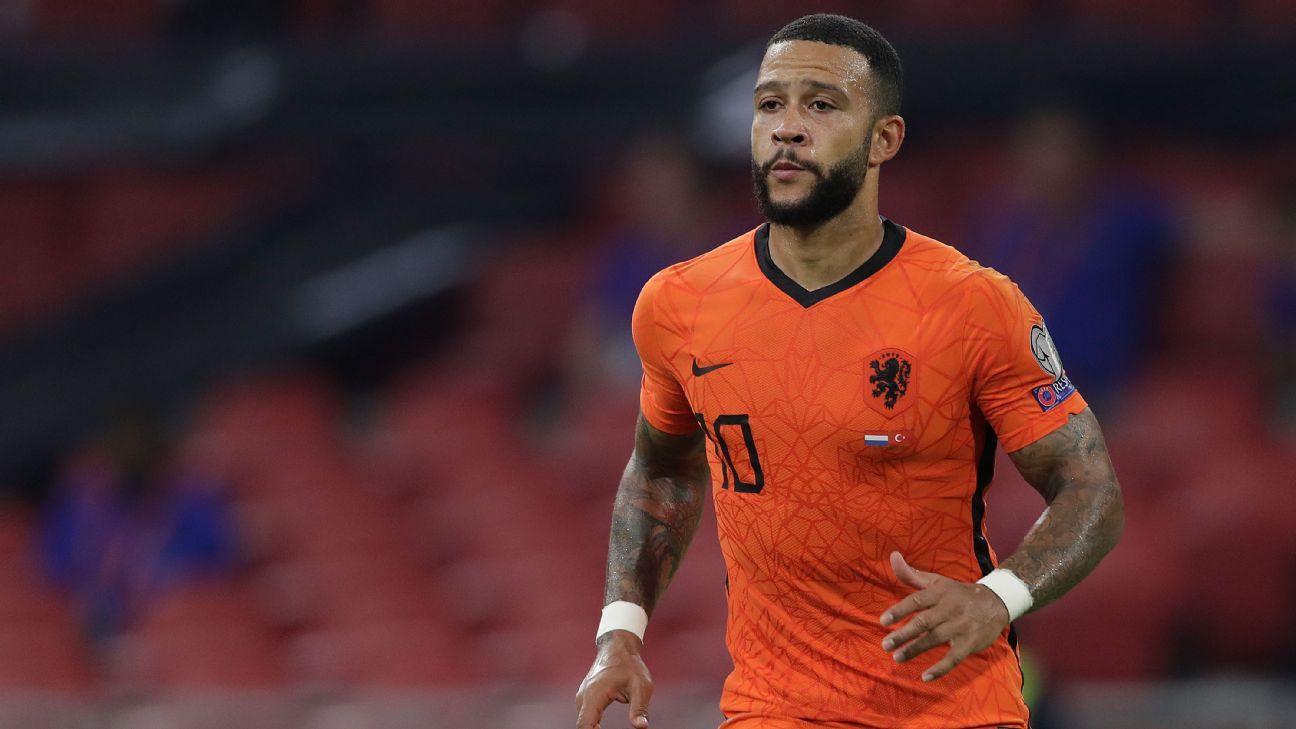 Memphis Depay was critical of his own performance in Netherlands‘ 6-1 World Cup qualifying victory over Turkey in Amsterdam on Tuesday despite the forward claiming a hat trick.

The 27-year-old’s first international hat trick took him alongside Johan Cruyff on 33 goals but the Barcelona striker was not satisfied with his overall play.

“We were often sloppy, especially me,” he said, adding that he had lost possession the first three times he had the ball.

“But if we start like we did, we make it easy on ourselves. After going two-up, we expanded our game and then you can afford those sloppy moments. But we should actually try and keep a high level, and I’m talking about myself here again.

“Everyone might think I’m just jubilant now after the hat trick. I’m happy, yes, but I expect more from myself.”

Davy Klaassen scored in the opening minute with Memphis adding two more in the first half, including a penalty, before Turkey had defender Caglar Soyuncu sent off.

Memphis, who Barca boss Ronald Koeman said could “mark a new era” at the club, scored his third in the 54th minute and the Dutch then added two more goals for a victory that moved them top of Group G with four matches left to play.

He was pleased, however, with moving up to eighth on the all-time men’s Dutch scorers list, alongside Cruyff and Abe Lenstra, and 11th overall.

“Those are two legendary players, you cannot compare anyone else to them,” Memphis added after winning his 71st cap.

Vivianne Miedema is the all-time Dutch top goal scorer with 83, while Robin van Persie is the men’s leading marksman on 50.