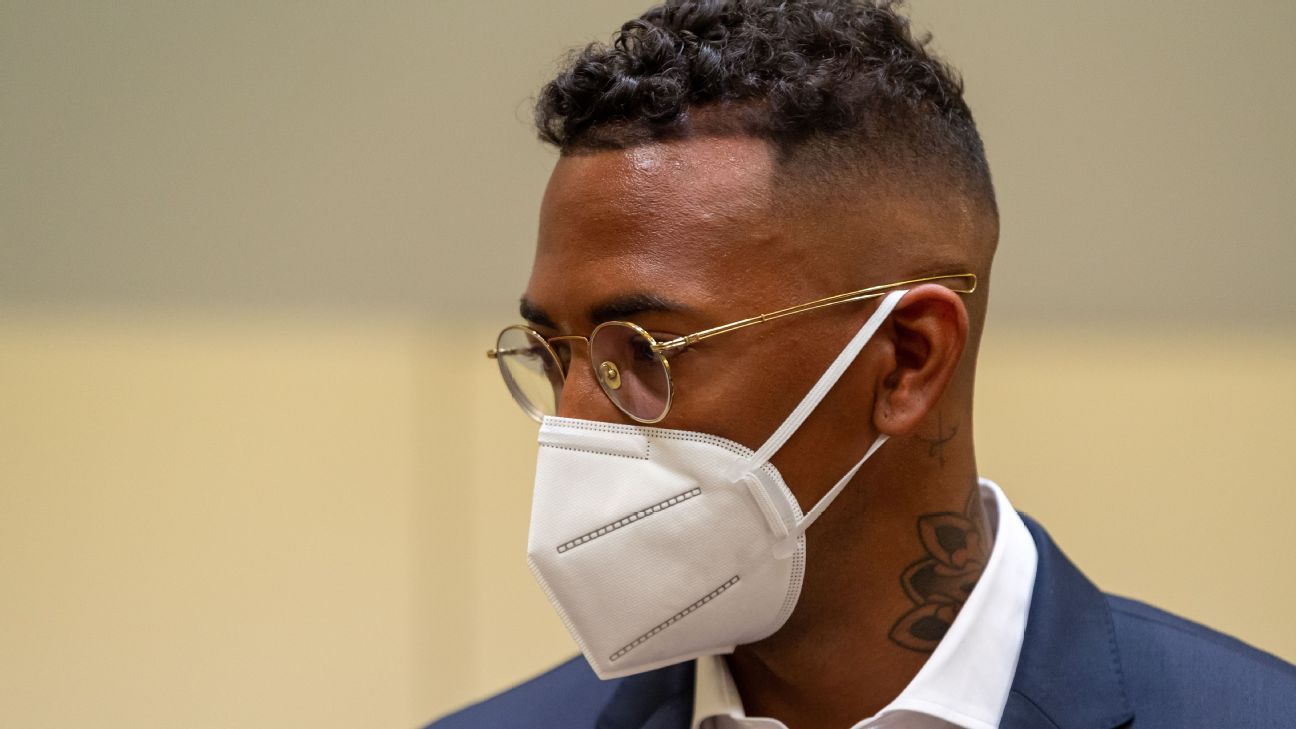 Lyon defender Jerome Boateng denied allegations of assault against his former partner as his trial started on Thursday.

Boateng, 33, told Munich District Court that he did not hit and injure his former partner Sherin Senler in July 2018 when they were on vacation in the Turks and Caicos Islands. He is charged with allegations of dangerous bodily harm and verbal abuse against Senler, with whom he has two children.

According to the indictment, Boateng beat her, boxed her, bit her head, threw her on the ground and insulted her. DPA news agency reported the public prosecutors’ office also accuses Boateng of throwing a glass lantern and cooling bag at his partner.

The former Germany and Bayern Munich defender told the court his former partner had become aggressive and insulting during a dispute after a game of cards. He said she hit him and injured his lip, and that she fell when he tried to push her away. He disputed throwing a lantern at her, but said it fell when he threw a cushion at a table.

Boateng appeared at the court on Thursday, the only scheduled day for the trial, which had been delayed because of coronavirus restrictions.

The defender signed with French team Lyon on a free this summer after Bayern declined to extend his contract.