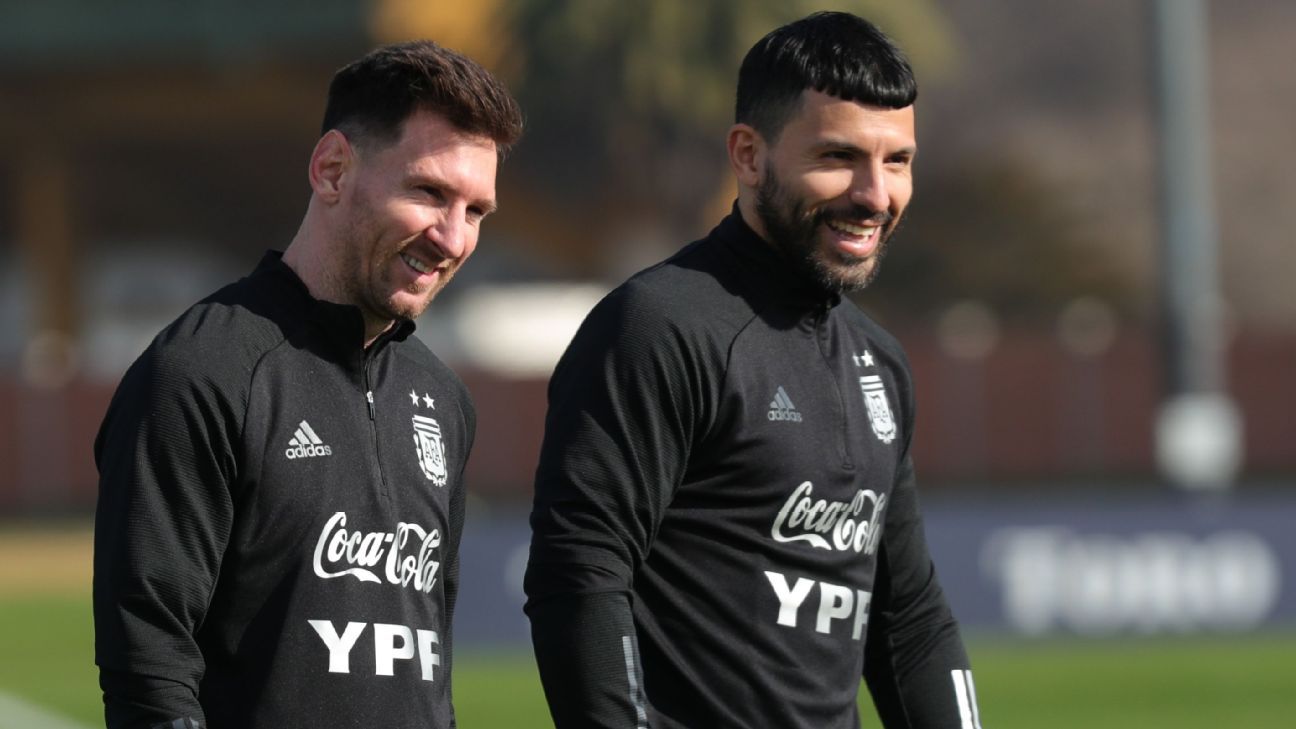 Sergio Aguero has said he never considered quitting Barcelona after Lionel Messi‘s departure and insisted he would sign for the club again given the chance.

Aguero, 33, joined Barca on a free transfer from Manchester City in June, signing an initial two-year deal at Camp Nou.

However, after Messi joined Paris Saint-Germain in August, reports in Spain suggested Aguero could follow his international teammate out the door.

“I would sign for Barca again [knowing the circumstances now], no doubt,” Aguero told the radio station RAC1 on Thursday.

“I don’t understand why [me leaving] was spoken about. When I signed, Leo, in reality, hadn’t signed anything still. At no moment was there an exit clause related to Leo, that was invented [by the media].”

Aguero and Messi are international teammates with Argentina and have been friends for over 15 years.

The former City striker added he was as stunned as everyone else when Barca announced they would not be able keep Messi at the club due to LaLiga‘s spending limits.

“I didn’t ask him much about [his situation] in the summer,” Aguero, who was on international duty with Messi at the Copa America in June and July, said.

“He told me it was being sorted out. I thought ‘good,’ but I didn’t want to ask him every day. I was in shock when he left, like everyone.”

Aguero also confirmed he took a substantial pay cut to come to Barca.

“When we spoke money with Barca, I knew they weren’t doing well financially, but I told my agent the money didn’t matter, I wanted to go to Barcelona, sort it out,” he added.

“It wasn’t a problem. It was obvious I wasn’t going to earn what I earned at City here.”

Aguero, who is yet to make his debut for his new club due to a calf injury that will keep him out until at least October, said Barca can still have a successful season despite losing Messi.

“Barcelona always have to fight for every trophy,” he said. “I don’t think we’re favourites for the Champions League, but the other teams will have respect for us.

“Maybe people don’t expect much from us in the Champions League, but watch out.”

Meanwhile, Barca president Joan Laporta has announced that Sergi Roberto will be the next Barcelona player to accept a pay cut.

Gerard Pique, Jordi Alba and Sergio Busquets have already agreed to restructure their salaries to help the Catalan club lower a high wage bill. Roberto, 29, will now follow suit by signing a two-year contract extension on reduced terms, with his deal due to expire in 2022.

Barça’s wage bill at the end of last season was 110% of the club’s revenue, Laporta revealed in the summer. However, following the departures of Messi and Antoine Griezmann, among others, the president said it’s now around 80%.