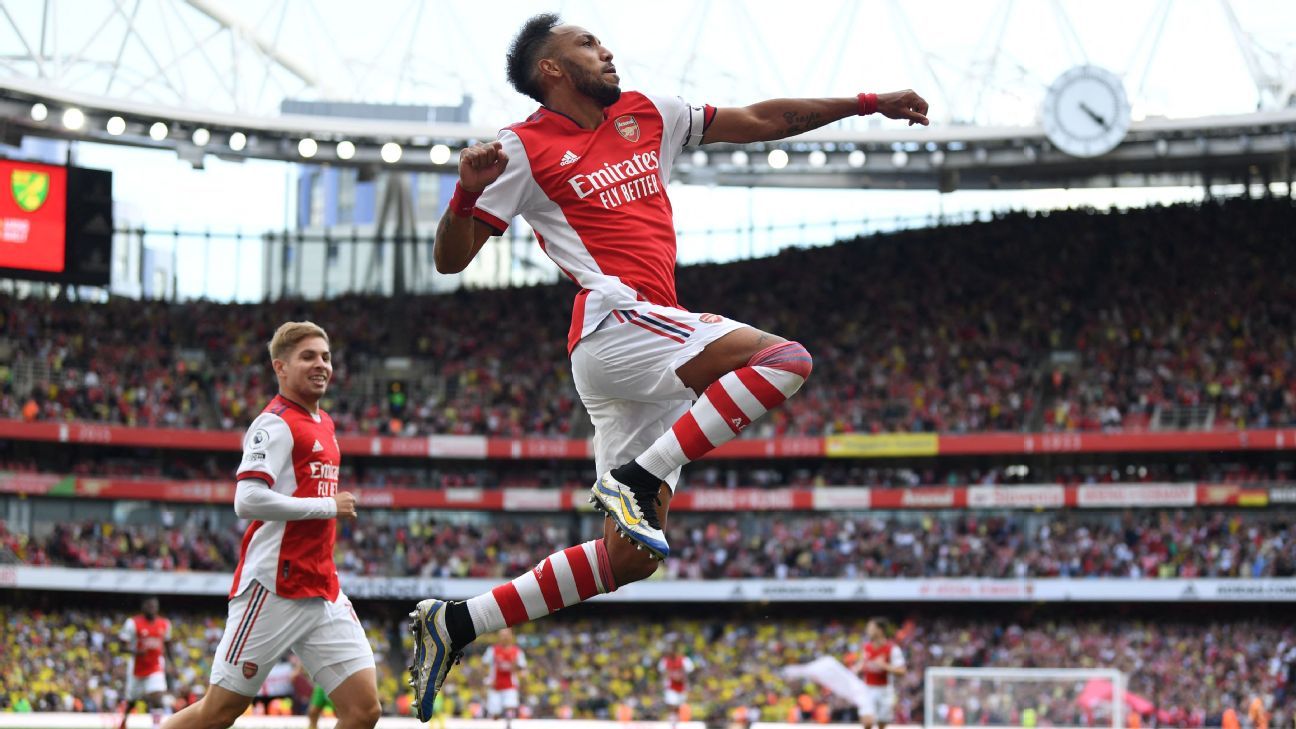 Pierre-Emerick Aubameyang fired Arsenal to their first win of the season as they beat Norwich 1-0 on Saturday.

Mikel Arteta’s side lost their opening three Premier League games to Brentford, Chelsea and Manchester City and were rooted to the bottom of the table alongside Norwich before the game.

“We are really happy. We knew it was a really tricky game and we got what we wanted which was to win the match and to get points on the table. We had to suffer but I knew to win the game it would be like this,” Arsenal manager Mikel Arteta said after the game.

“After three defeats things get complicated. I must say it has been the best 10 or 14 days in my professional career. Not the easiest, but the best. You learn a lot in difficult moments, who you are with. In difficult moments when you see the people and the level of organisation and the fans we have. They were ready to suffer today but they just give, give, give to the team. Today and the last week everything glided together.

“We have to improve in a lot of things but today we made seven changes and already it looked different.”

While the north London side enjoyed much of the possession in the first half, they struggled to find an opening.

Nicolas Pepe had an opportunity to put Arsenal ahead at the end of the first half after Bukayo Saka‘s shot was deflected into his path. He struck the ball well but Brandon Williams slid across to stop it entering the net.

Instead, their opening Premier League goal of the season came on 66 minutes through Aubameyang.

Pepe took two shots at goal with one being saved and the other hitting off the post and into the path of Aubameyang who hit it into the net.

Aubameyang was delighted Arsenal got their campaign on track, although he conceded they still lacked cutting edge.

“We have to be a bit more clinical in front of goal but everyone gave everything on the pitch,” he said.

“When you lose games as players we are the first to be touched inside. We had 10 days to prepare ourselves and to change things and this is what we did. Today we made sure we won this game and took three points.”

Norwich had a few good chances after the Arsenal goal to equal proceedings with Teemu Pukki coming closest but they were unable to score.

“The performance was really good. Especially after a difficult spell in the beginning of the game. I got the feeling after minute 25 we controlled the game and were pretty close. To lose the game is tough but it’s reality and we have to accept the loss,” Norwich manager Daniel Farke said.

“We could have been a bit more clinical and cutting edge that’s a fact but in general it was a tight game and for that one goal was decisive.

“We are disappointed. Football is all about being efficient and putting points on the table.”