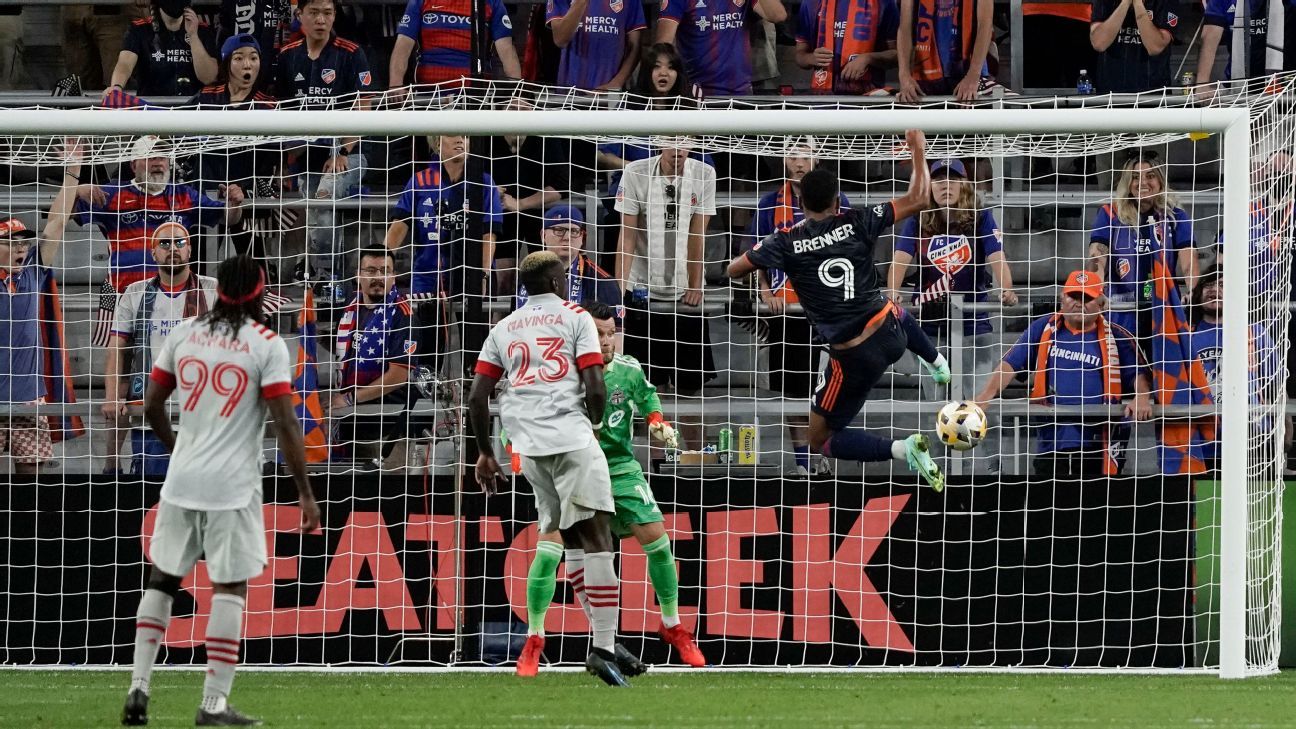 Brenner and Haris Medunjanin each scored goals Saturday as FC Cincinnati finally christened their new stadium with a victory in a 2-0 decision over visiting Toronto FC.

After four defeats and five ties at the 26,000-seat TQL Stadium, FC Cincinnati (4-10-8, 20 points) finally was able to earn a full three points in the first-year venue, putting an MLS-long 12-game overall winless streak (0-5-7) to rest in the process.

Toronto FC (3-14-6, 15 points) missed out on an opportunity to move past FC Cincinnati and out of last place in the Eastern Conference standings. It is their fewest number of points after 23 games in club history.

FC Cincinnati grabbed a 1-0 lead in the 39th minute when Souza da Silva redirected a long feed from Luciano Acosta into the Toronto FC goal. Souza da Silva poked the waist-high feed on frame for his sixth goal of the season.

The lead grew to 2-0 when Medunjanin was credited with a fortuitous goal in the 58th minute. His shot from outside of the box rebounded off the legs of Toronto FC defender Omar Gonzalez and into the right side of the goal. It was Medunjanin’s second of the season.

Toronto FC struggled to find scoring opportunities despite the return of five players from international duty. Jonathan Osorio and Richie Laryea (Canada), Eriq Zavaleta (El Salvador), Kemar Lawrence (Jamaica) and Yeferson Soteldo (Venezuela) all were available off the bench, while Lawrence, Osorio and Soteldo found their way into the game.