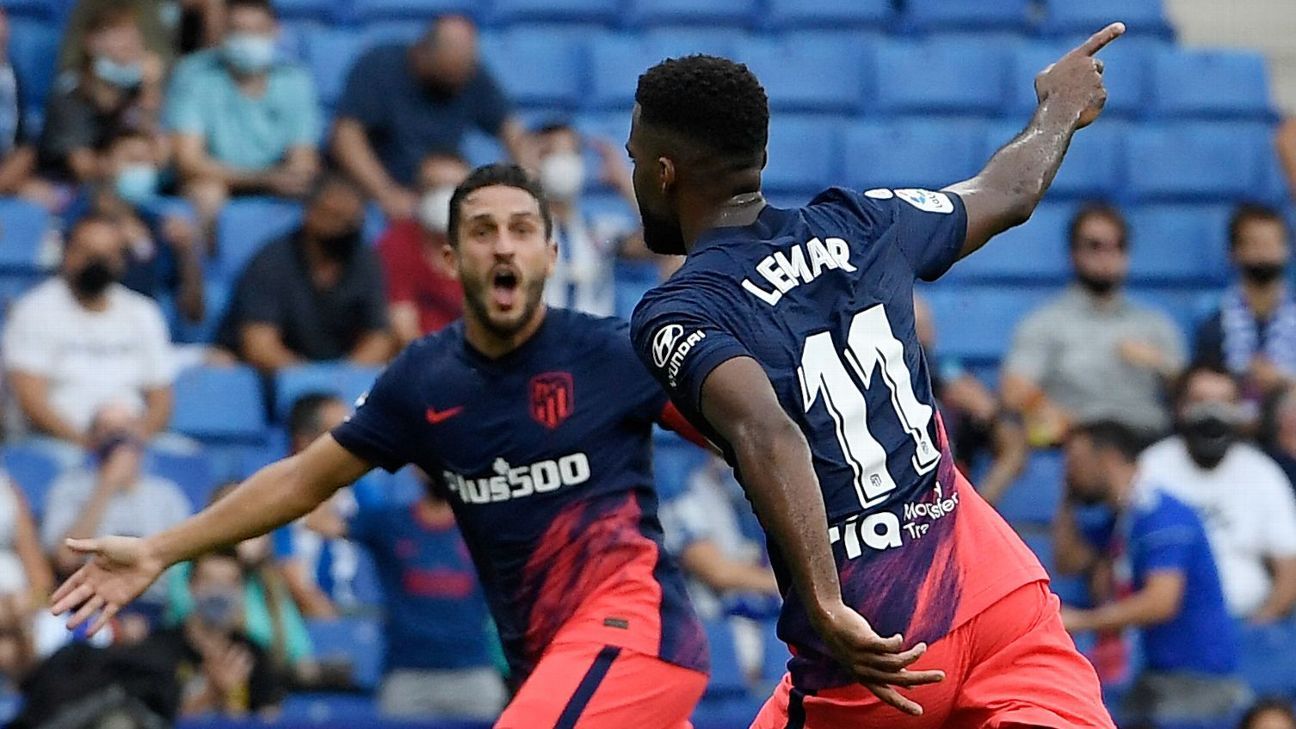 Thomas Lemar scored in the ninth minute of added time to give Atletico Madrid a last-gasp 2-1 victory at newly promoted Espanyol in LaLiga on Sunday.

Yannick Carrasco levelled for the visitors 11 minutes from full time after Raul de Tomas had put the hosts in front in the first period with a sublime looping header.

His effort had looked to have ensured the spoils would be shared before the late drama.

The result moved Atletico to the top of the table with 10 points from four games, with a number of the other sides at the top yet to play this weekend. Espanyol have two points from their four games.

“It was a really tough game, especially in the first half,” Carrasco said.

“The boss made a number of changes which shows how deep our squad is and the substitutes made a difference.

“The added time was just, I thought. Espanyol wasted a lot of time, there were two VAR reviews and we were able to use that to our advantage and score.”

Lemar, one of those who came as coach Diego Simeone made three halftime changes, thought he had levelled eight minutes after the break when he fired in Marcos Llorente‘s cross.

However, a lengthy VAR review deemed Luis Suarez was offside in the build-up.

In the end that lengthy pause — one of a number in a feisty encounter — was key for Atleti as referee Juan Martinez Munuera added on 10 minutes of stoppage time at the end of the game.

Atletico pushed on for a winner against visibly tired opponents and Lemar broke into the Espanyol box in the final minute to fire past Diego Lopez and secure all three points for Atletico.