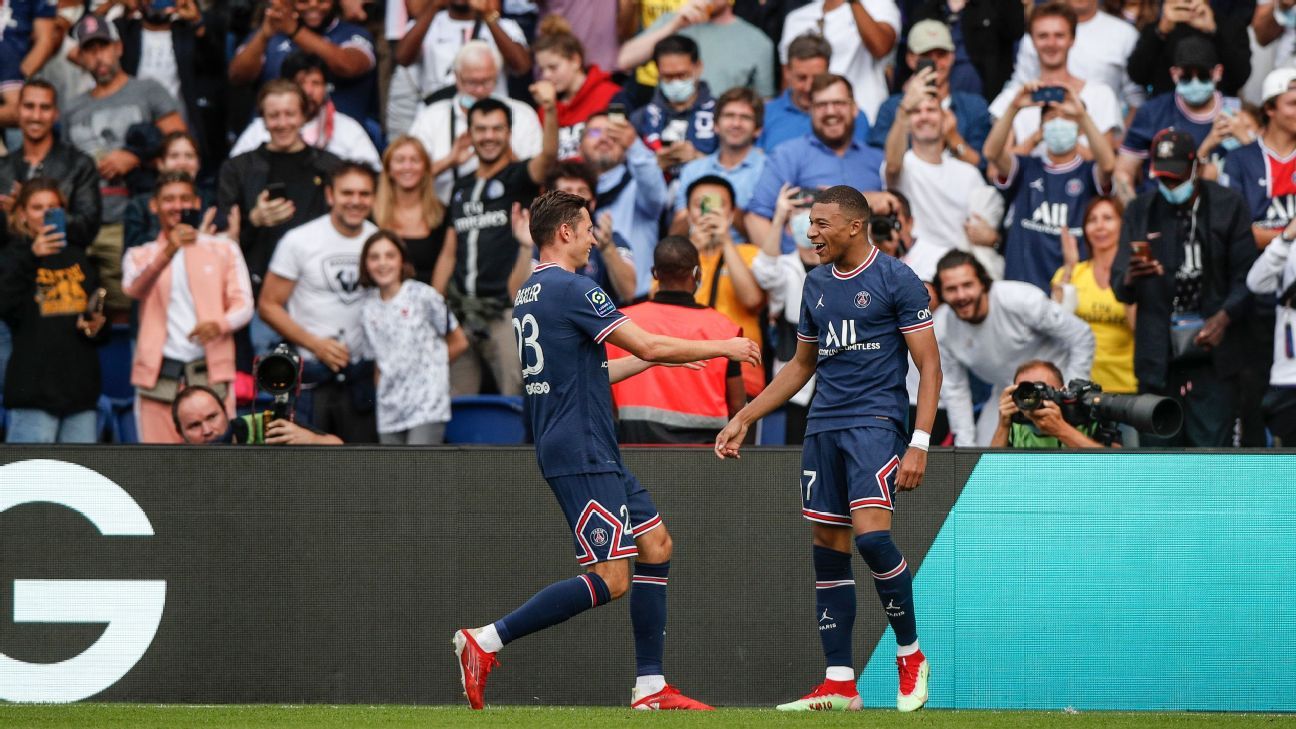 Paris Saint-Germain kept their perfect Ligue 1 record intact as they hammered promoted Clermont 4-0 with a brutal display on Saturday.

In the absence of Lionel Messi and Neymar, who were not in the squad after returning late from international duty with Argentina and Brazil, Kylian Mbappe netted his fourth goal on his first appearance at the Parc des Princes since his failed transfer to Real Madrid.

The France striker, who has just recovered from a calf injury, was a constant threat as he added to Ander Herrera‘s first-half brace with Idrissa Gueye rounding if off after the hour.

PSG, who travel to Club Brugge for their Champions League Group A opener on Wednesday, lead the standings on 15 points with Clermont still third on eight points after their first defeat in their first season in the elite.

PSG coach Mauricio Pochettino said after Saturday’s win that both Messi and Neymar will be available for the match against Brugee.

“They came back to Paris on Friday night and trained today. I’m happy because even if they’re tired, they don’t have any physical problem,” Pochettino told a news conference after PSG’s fifth win in as many matches in Ligue 1.

“They will be here for Wednesday’s game.”

Clermont played their possession game early on but left space on the flanks and Achraf Hakimi made the most of it on the right, managing a powerful cross that was tipped away by Arthur Desmas, only for Herrera to head home in the 20th minute.

The visitors continued to press and created danger in the area, but goalkeeper Gianluigi Donnarumma, playing his first game with PSG at the expense of Keylor Navas, proved solid.

“It was my first game, it was a bit special and we got a perfect result after a good preparation,” said the Italy keeper.

“I was a bit emotional to play my first game for the club.”

Pochettino’s side doubled the tally in the 31st minute as Mbappe’s cutback was deflected by Florent Ogier into the path of Herrera, who slammed the ball in for his third goal of the season.

Mbappe, the only pure striker in the starting 11, extended PSG’s advantage 10 minutes into the second half, finishing off a counterattack after being played through by Julian Draxler.

He was at it again 10 minutes later when his right-footed strike was parried by Desmas, but Gueye was lying in wait and headed into the empty net.

PSG, who have now scored 16 goals in five outings, then played it safe for their first clean sheet of the season.

“We didn’t concede a goal, it was very important against a team who had been playing so well since the beginning of the season,” said PSG midfielder Danilo Pereira.