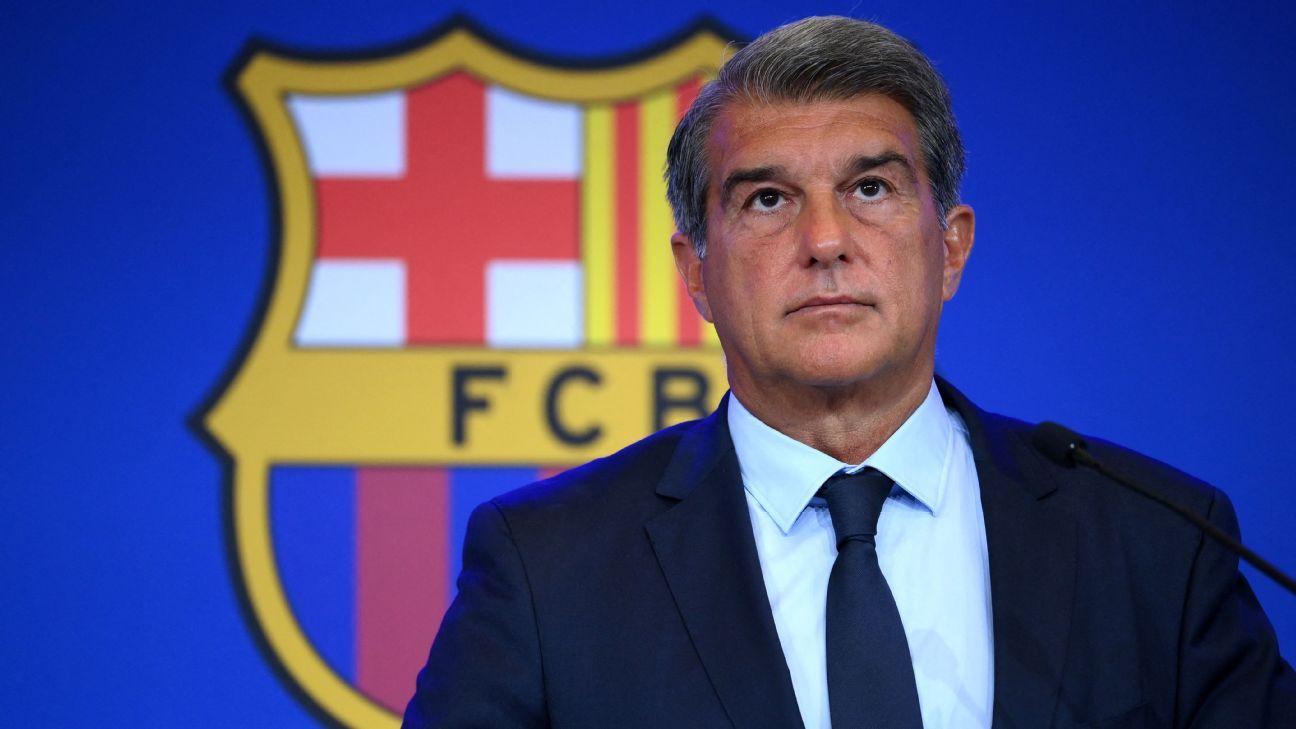 Barcelona president Joan Laporta has said LaLiga chief Javier Tebas has a “sick obsession” with the club and blames him for Lionel Messi‘s departure this summer.

Barca were unable to register a new contract for Messi when his previous deal expired under LaLiga’s strict financial salary limits, leading to him joining Paris Saint-Germain on a free transfer.

Speaking in an interview with Sport on Sunday, Tebas blamed Barca’s rejection of the €2.7 billion investment deal with CVC Capital Partners for not keeping hold of the Argentina captain.

Laporta responded to Tebas’ claims on Barca TV and said: “I believe his comments are improper of the league president.

“Instead of looking for harmony and understanding, he always looks for conflict and confrontation. He has a sick obsession to see how he can harm Barca and its values, but we Catalans already know him.”

Laporta also added Messi could have stayed at the club if Tebas had been more flexible regarding fair play.

“He says that Messi has not stayed at Barça, but he has been the lead actor regarding not staying because of his excess of zeal,” he said. “The rest of the leagues have been more flexible [with respect to fair play] and have been able to keep their most relevant players.”

Tebas was also criticial of Barca’s involvement in the Super League in his interview and said the club’s board has an “inferiority complex” with Real Madrid president Florentino Perez.

He also added that Messi’s departure from the LaLiga was “painful” and said he deserved to be treated better from Barca.

“Just as when Cristiano Ronaldo, [Pep] Guardiola or [Jose] Mourinho left, we knew that one day this would happen,” he said.

“Perhaps Messi’s departure is more painful because I personally consider him the best in the history and he didn’t deserve to go like this, not just from Barca but from LaLiga.”