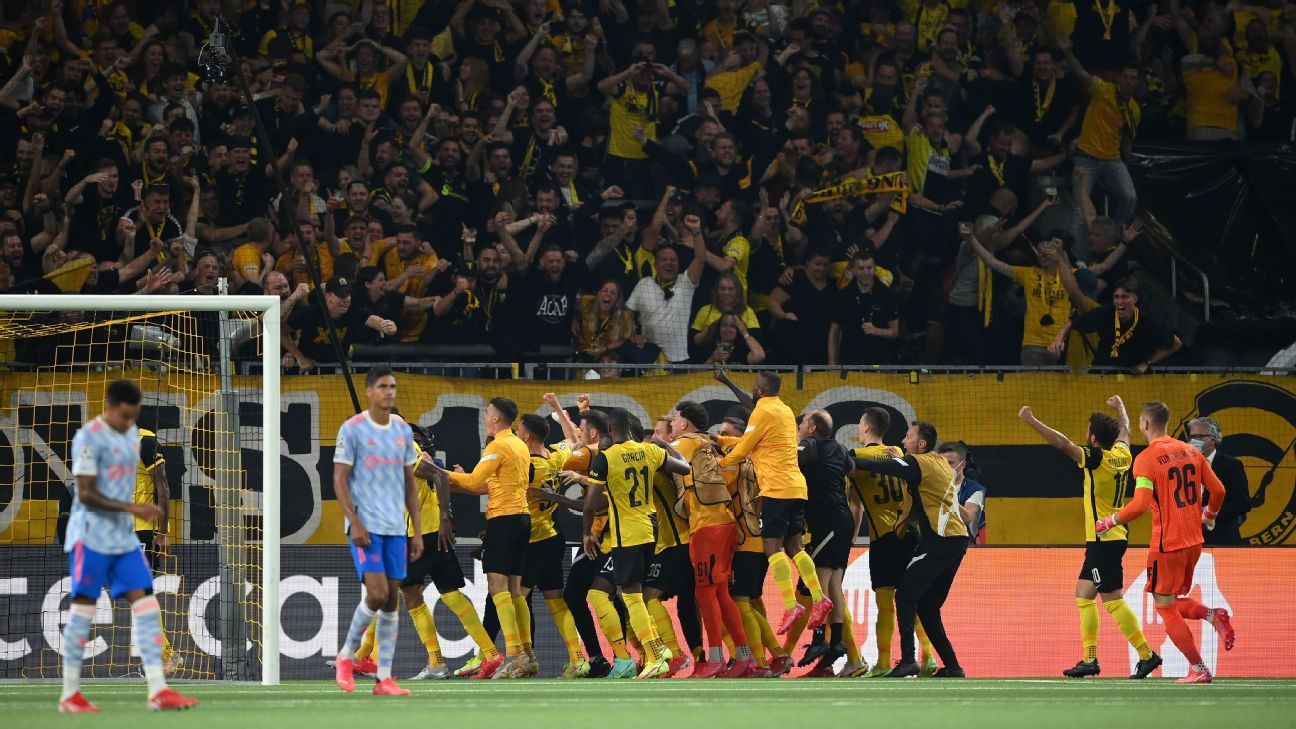 Manchester United suffered a stoppage-time 2-1 defeat away to Young Boys after a calamitous defensive mistake in their Champions League opener in Bern on Tuesday with United States forward Jordan Pefok netted the winner.

Cristiano Ronaldo‘s early goal put United 1-0 ahead before Aaron Wan-Bissaka picked up a 35th-minute red card in Bern on Tuesday.

A stunning curled pass from Bruno Fernandes allowed Ronaldo to tap home at the back post from close range on 13 minutes as the former Juventus forward scored his third goal in two matches since returning to United.

A poor touch by Wan Bissaka then contributed to him going over the ball and heavily onto Young Boys’ Christopher Martins. Referee Francois Letexier was quick to produce the red card.

Young Boys used their numerical advantage well and peppered United’s goal in the second half with the equaliser eventually arriving through Nicolas Ngamaleu on 66 minutes.

The Cameroon winger toe-poked his effort home from close range and almost added a second just a minute later before.

United thought they had earned a draw despite their second-half battering but Pefok pounced on a loose backpass by Jesse Lingard to make it 2-1 in the fifth minute of stoppage time.

Villarreal and Atalanta are the other sides in Group F.