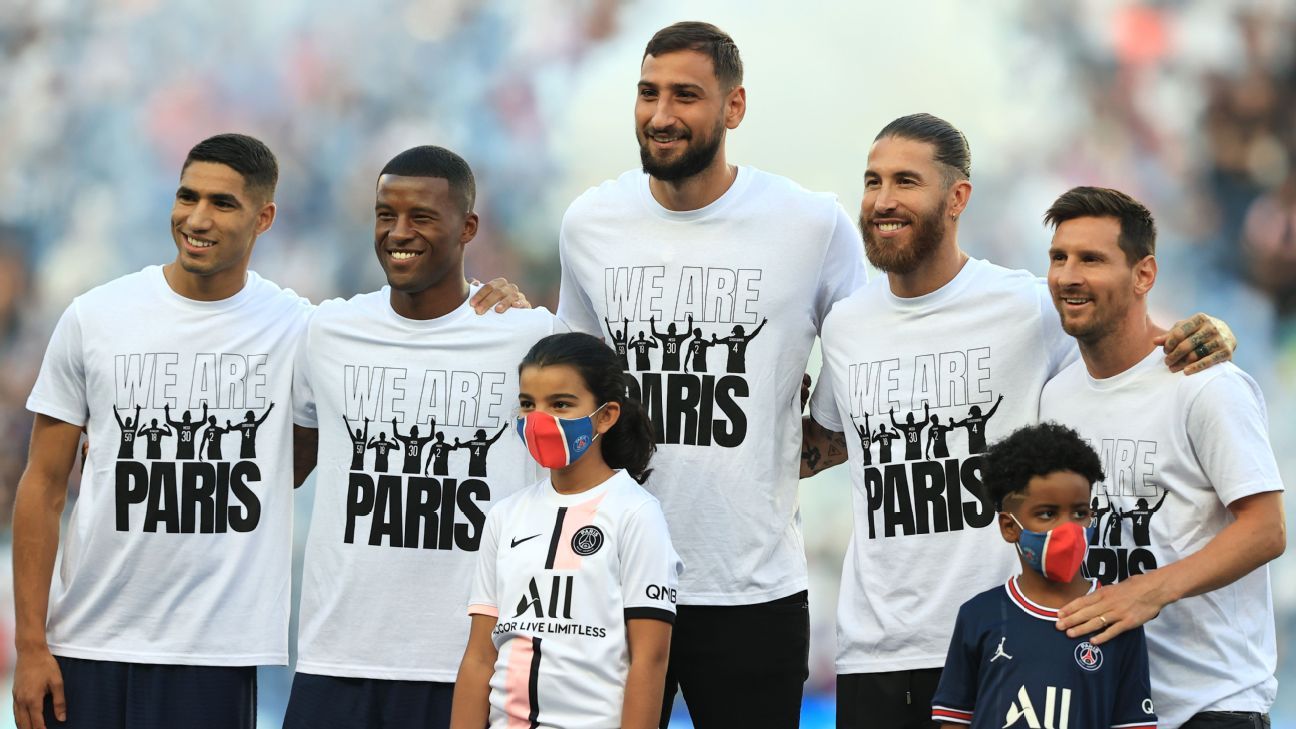 The Champions League is anything but predictable. The past four seasons have given us four different winners, while nine different teams have contested the most recent six finals. But as European football continues to shake on its axis through a combination of financial mismanagement and the impact of the coronavirus pandemic, that might be about to change.

Not sure? Well, here’s a prediction: it will be reduced to a private battle between Paris Saint-Germain and the Premier League clubs this season, and over the short- to medium-term. Bayern Munich might have something to say about that, but this summer’s transfer market has shown us where the money is in the game: wherever the cash flows, the big trophies usually follow.

The most high-profile players are also part of that equation, which is why Lionel Messi and Cristiano Ronaldo upgraded their own Champions League chances this summer with transfers to PSG and Manchester United respectively. Messi (four) and Ronaldo (five) have won nine Champions Leagues between them, so don’t be surprised if one of them bags another this season.

Still, it’s not all doom and gloom. Less than six months after Europe’s elite clubs attempted to form a breakaway Super League that would have signalled the death knell for the Champions League as we know it, football’s most prestigious club competition is back as the road to the final in Saint Petersburg, Russia, in May begins.

There has undoubtedly been an acceleration of a power shift towards PSG and the Premier League powerhouses — Man United, Manchester City, Chelsea and Liverpool. For five consecutive seasons between 2013-14 and 2017-18, the Champions League was won by either Barcelona or Real Madrid. Atletico Madrid also contested two finals in that time.

But LaLiga has not been represented in any of the last three finals, which have signposted a clear shift towards an increasingly dominant Premier League. Two of those finals have been won by English teams, Liverpool and Chelsea, with Tottenham and Man City the losing finalists in all-Premier League affairs. The exception was Bayern’s 2019-20 victory over PSG in Lisbon, which gave us another indicator as to which way the wind was beginning to blow in European football.

So as the biggest clubs begin their Champions League journey this week, it seems you can pretty much forget about a Spanish or Italian team winning the competition this season. Barcelona and Real are both lost in a period of transition, with huge wage bills at Camp Nou and the Bernabeu draining their resources. Barcelona’s debt now stands at €1.35 billion, ultimately forcing them to accept defeat in their attempts to keep Messi at the club. Although Real reported cash reserves of €122m in June, they are halfway through a €700m redevelopment of the Bernabeu, and efforts to trim their annual €400m wage bill led to the departures of Sergio Ramos and Raphael Varane.

Real spent €30m on Rennes midfielder Eduardo Camavinga and signed David Alaba from Bayern on a free, while Barca’s incomings have been the likes of Sergio Aguero and Memphis Depay on free transfers, with Messi, Antoine Griezmann (Atletico, loan) and Miralem Pjanic (Besiktas, loan) among those heading out.

Neither Barcelona or Real appear in any shape to rival PSG or the Premier League giants this season, and although Atletico are always a consistent Champions League force, they have also lacked the ability to go all the way. Diego Simeone’s team are unlikely to change that this time around.

It is a similar story in Italy. Juventus, having lost finals in 2015 and 2017, only just snuck into this season’s competition with a fourth-place finish in Serie A, and they offloaded Ronaldo to United in an attempt to reduce their financial commitments. And champions Inter are highly unlikely to repeat their 2010 Champions League win, having lost coach Antonio Conte and leading scorer Romelu Lukaku since clinching the Scudetto last season.

Bayern, Champions League winners as recently as 2020, have added RB Leipzig’s Dayot Upamecano and Marcel Sabitzer to their squad, as well as hiring Leipzig coach Julian Nagelsmann to replace Hansi Flick. But the big question mark over the German champions is whether their long-serving, but ageing, stars can go all the way in the Champions League again.

Premier League champions City may have missed out on signing Harry Kane and Ronaldo to replace Aguero, but they have strengthened nonetheless with £100m England midfielder Jack Grealish from Aston Villa. Pep Guardiola’s team reached last season’s final by playing without a recognised centre-forward for much of the campaign, so the loss of injury-plagued Aguero shouldn’t really be felt, while Chelsea, who beat City in the final last season, have added potency to their team with the £97.5m signing of Lukaku.

Liverpool have lost midfielder Georginio Wijnaldum to PSG and signed Ibrahima Konate from Leipzig, but although ins and outs have been minimal, Jurgen Klopp’s team continue to possess one of the best attacking units in Europe, and they have defender Virgil van Dijk fit and playing again after last season’s cruciate ligament injury layoff. Liverpool’s squad and European pedigree make them live contenders to win the Champions League.

And while United have yet to win a trophy under Ole Gunnar Solskjaer, their summer recruitment of Ronaldo, Varane and Jadon Sancho has propelled them into the conversation about potential winners. With goalkeeper David de Gea and midfielder Paul Pogba starting the season in impressive form, United have the credentials to go all the way, too.

But as the Champions League prepares to get under way, the favourites are, without question, PSG. Coach Mauricio Pochettino has seen his squad enhanced by the signings of Messi, Ramos and Wijnaldum — each a previous Champions League winner — as well as Nuno Mendes, Danilo Pereira, Gianluigi Donnarumma and Achraf Hakimi, another man with a Champions League win on his resume with Real Madrid in 2018.

With all that stellar talent added to an already world-class squad — Neymar and Kylian Mbappe remain at Parc des Princes too — it appears that the only team that can stop PSG winning the Champions League this season is themselves.

PSG have a tough group alongside City and Leipzig — Club Brugge are also in Group A — but they have become a team of all the talents, and experience, this summer.

The heavyweights of Spain and Italy will be unable to stop PSG, so it is down the Premier League quartet to prevent the European Cup from heading to Paris for the first time. And that does not merely apply to this season. It is a reality that we may have to get used to for the next few years, if not longer.