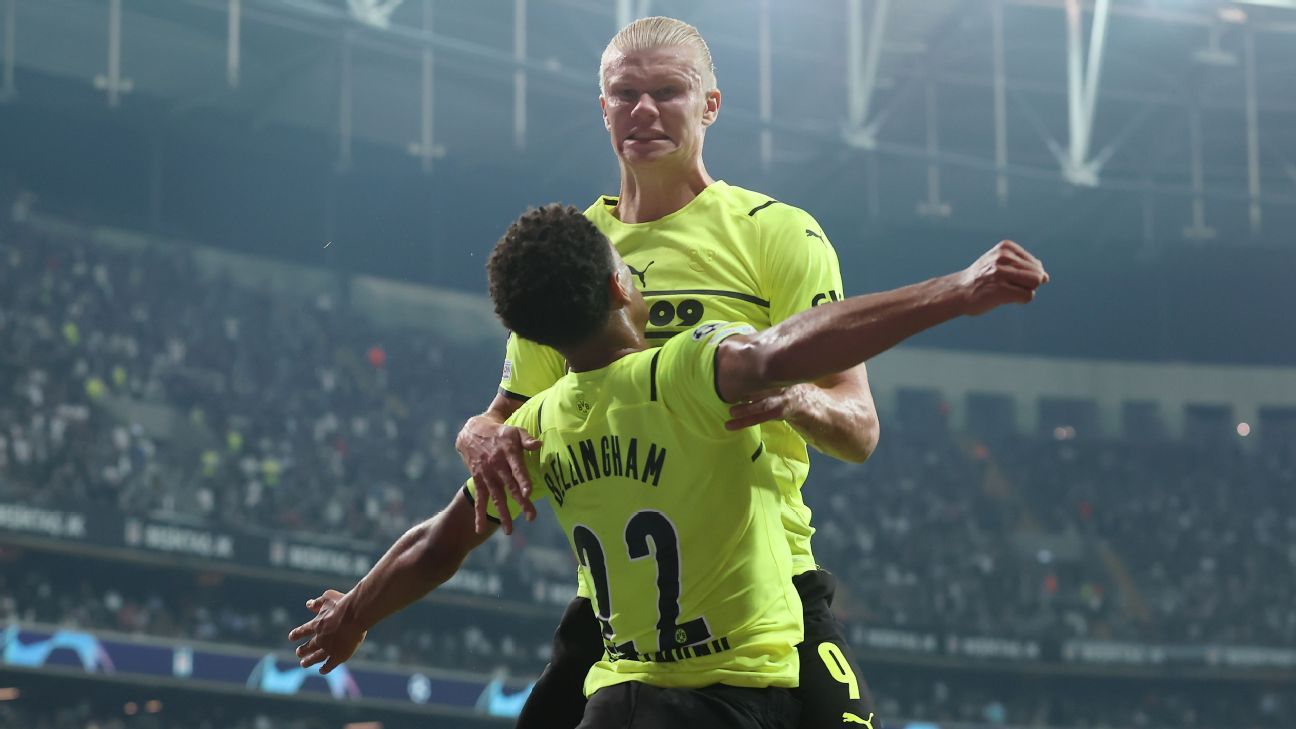 Jude Bellingham produced an inspired individual performance as he scored one goal and set up the other to help Borussia Dortmund to a 2-1 win at Besiktas in their Champions League Group C opener on Wednesday.

The 18-year-old England midfielder fired the visitors ahead with a fine finish in the 20th minute and left his marker flat-footed to set up striker Erling Haaland for the second on the stroke of half-time.

Centre-back Francisco Montero pulled one back for the home side deep into stoppage time.

Besiktas dominated the opening stages as Dortmund goalkeeper Gregor Kobel tipped over a Michy Batshuayi shot but his opposite number Ersin Destanoglu was the busier of the two for the rest of the contest.

Destanoglu was powerless as Dortmund took the lead when Bellingham capped a classy move with a clinical first-time shot through the keeper’s legs after Thomas Meunier volleyed a long cross-field pass into the youngster’s stride.

Haaland then missed a sitter as he blazed over an empty goal from close range and Destanoglu twice denied Marco Reus before Bellingham produced another moment of breathtaking individual skill to feed Haaland.

Bellingham bedazzled his marker on the left flank and raced past him although he was being tugged before he squared the ball to Haaland, who was left with a simple task of tapping it into an empty net from six metres.

Dortmund missed several chances after the break as livewire Bellingham was denied by Destanoglu having beaten two markers with a mazy run and the keeper also kept out a close-range shot from Haaland midway through the second half.

The visitors were guilty of some wasteful finishing in the closing stages as Meunier shot straight at Destanoglu before substitute Ansgar Knauff shaved the crossbar with the goal at his mercy.

Besiktas took advantage to score a consolation as Montero beat Kobel with a thumping header after Miralem Pjanic floated an inch-perfect free kick into the heart of the penalty area.

In the other group match, Sporting CP were at home to former champions Ajax in the 8 p.m. GMT (3 p.m. ET) kick off.

Liga MX: We can be top-5 league with MLS help
PSG president hits out at Barcelona asset sales
MLS Cup playoffs: Who can clinch, who has work and what’s at stake in Week 33
CAS to hear appeal on Ecuador WC spot
Dunn in, Morgan out for USWNT vs. England