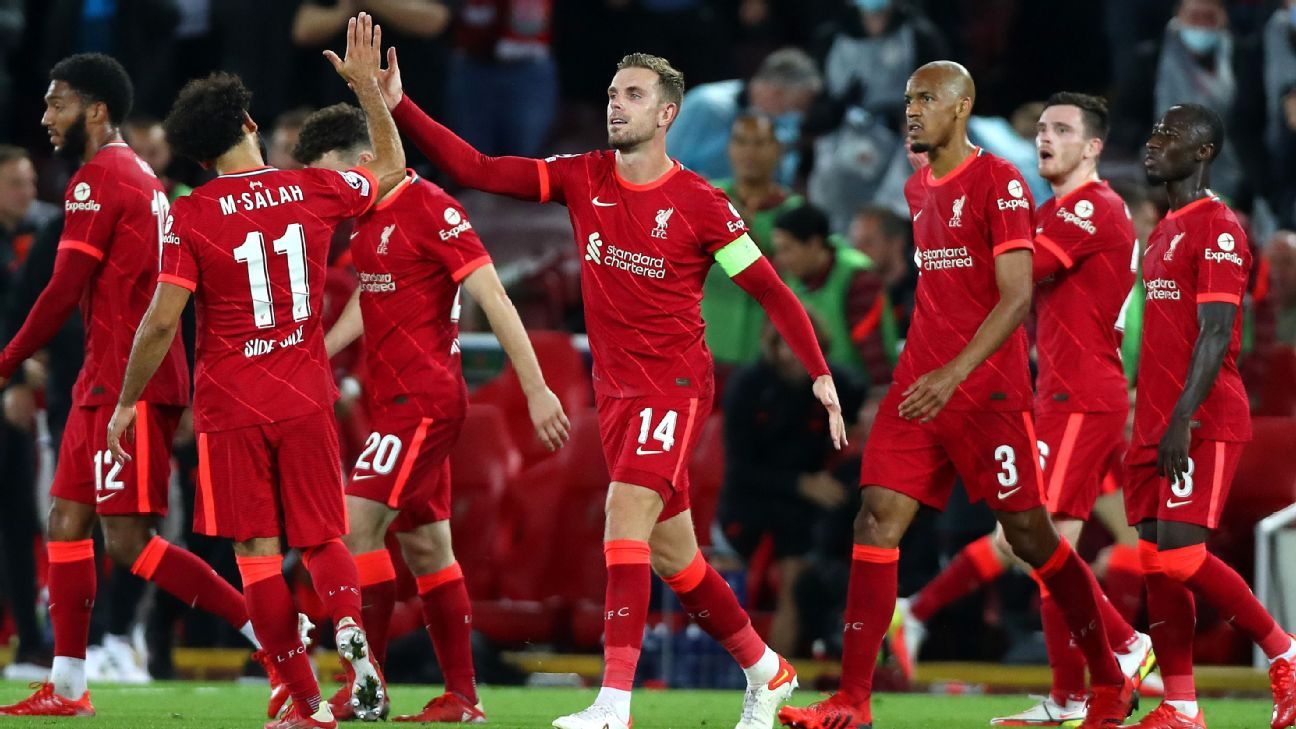 Jurgen Klopp made a raft of changes with Virgil van Dijk and Sadio Mane starting on the substitutes bench, but his side raced out of the blocks and took a deserved lead on nine minutes as Trent Alexander-Arnold‘s effort went in following a deflection off Fikayo Tomori.

Liverpool had the chance to double their lead on 14 minutes when referee Szymon Marciniak pointed to the spot following a handball by Ismael Bennacer, but Mohamed Salah‘s penalty was impressively saved by Milan goalkeeper Mike Maignan.

The hosts continued to pile on the pressure but were unable to find that second goal and were made to pay on 42 minutes as Milan equalised completely against the run of play as Ante Rebic finished off after good combination work from Brahim Diaz and Alexis Saelemaekers.

And Milan were ahead just two minutes later as they cut through Liverpool again following Rafael Leao’s run. Rebic coolly passed to Theo Hernandez whose shot was blocked on the line by Alexander-Arnold, but Brahim was on hand to poke it over the line from close range.

Milan almost made it 3-1 at the start of the second half as Simon Kjaer stabbed home from close range following a mishit by Henderson, but the goal was ruled out for offside.

Liverpool were level two minutes later as Salah finished off a neat one-two with Divock Origi. The Egypt forward appeared concerned the goal would be ruled out as his teammates came to celebrate, but it stood.

This was only the third meeting between the second and third most successful teams in Europe — Milan have been continental champions on seven occasions and Liverpool six times — with the previous two having come in the 2005 and 2007 Champions League finals.

But this was no less exciting and Liverpool retook the lead on in stunning fashion as Alexander-Arnold’s corner was headed clear by Bennacer but only as far as Henderson who hit a perfect half volley into the corner.