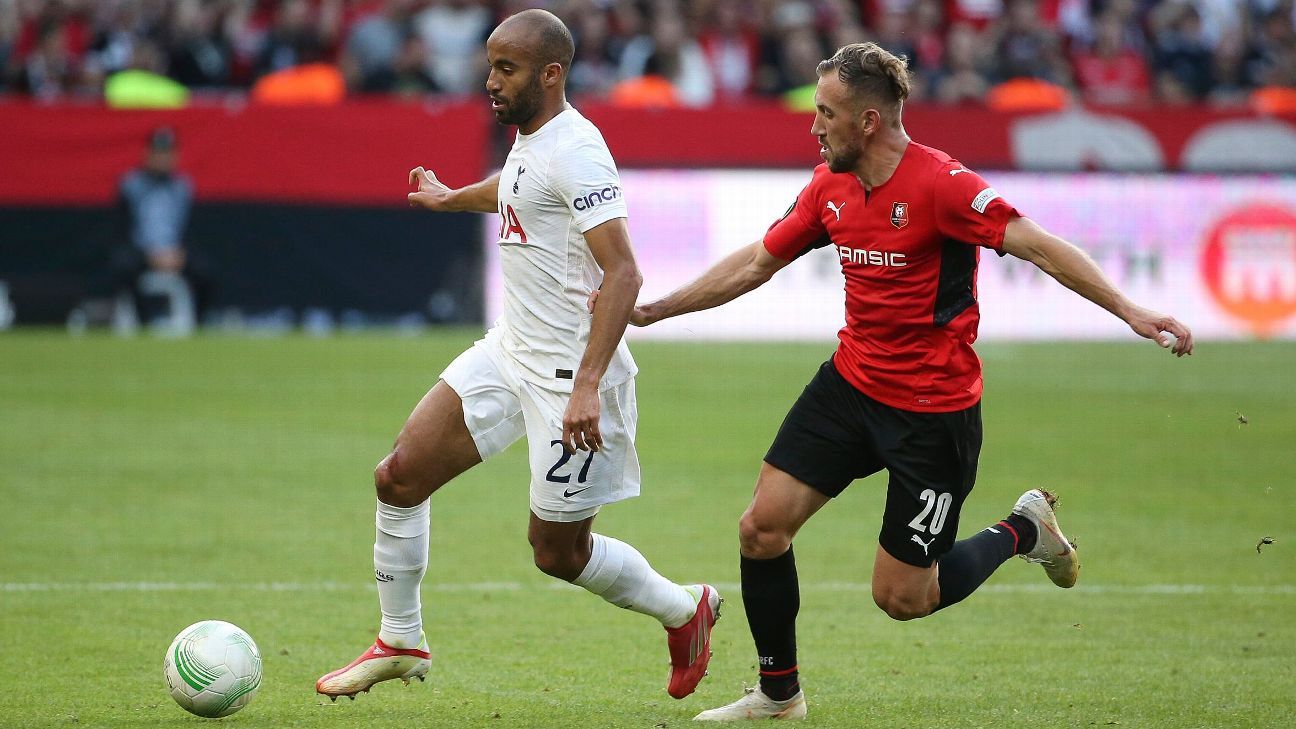 Tottenham rescued a 2-2 draw at Rennes in their Europa Conference League opener but suffered injury concerns to Steven Bergwijn and Lucas Moura.

Pierre-Emile Hojbjerg grabbed an equaliser for Spurs after Rennes recovered from a Loic Bade own goal to lead with goals from Flavien Tait and Gaetan Laborde.

The injuries to Bergwijn and Moura will be a concern to Spurs boss Nuno Espirito Santo with Son Heung-Min and Eric Dier also missing with knocks.

Harry Kane captained the side and Tanguy Ndombele made his first start of the season for the visitors.

Both players combined in the buildup for the opening goal after 11 minutes. Ndombele produced a stunning backheel to keep the ball in play which Kane knocked on to Moura, and his cross was turned into his own net by Bade.

Rennes started to dominate after the goal and grabbed a deserved equaliser after 23 minutes when Tait curled the ball into the bottom corner from outside the box.

Hojbjerg replaced the injured Bergwijn just after the half an hour mark but Spurs’ play didn’t improve and were lucky to finish the half at 1-1.

Moura picked up a knock during the early stages of the second half after a heavy challenge and was replaced moments later.

Rennes took the lead after 72 minutes when Laborde was the quickest to react to Pierluigi Gollini‘s save to tap home.

Spurs levelled five minutes later when Hojbjerg made the most of a defensive error to score from close range.