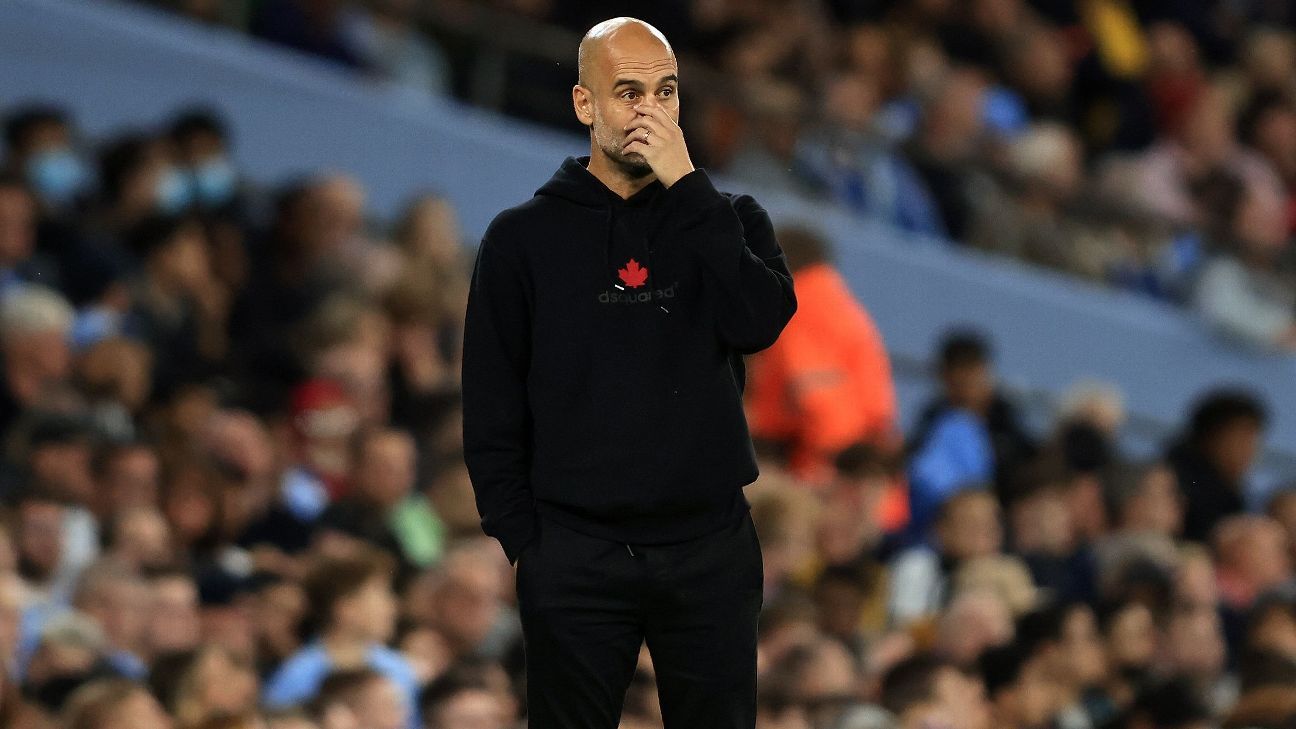 Pep Guardiola said he will not apologise for his comments about Manchester City fans following the Champions League victory over RB Leipzig despite being told by a leading supporters club to “stick to coaching”.

Guardiola said he would like more fans to attend Southampton‘s visit to the Etihad Stadium on Saturday after the club could not sell out their opening European game of the season on Wednesday night.

It prompted Kevin Parker, general secretary of City’s official supporters’ club, to hit out at the remarks, but asked about the fall-out at a news conference on Friday, Guardiola said he will not apologise.

“Did I say after the game that I was disappointed that the stadium was not full?” Guardiola responded after being asked about Parker’s criticism.

“An interpretation is an interpretation. I am not going to apologise for what I said. It’s not the first time I said in my career — I said it at Barcelona and Bayern [Munich].

“When we played a tough game like Leipzig and play three days later [against Southampton] I know how difficult it is, to ask for us all to do it again on Saturday again. What I said was we need the support, it doesn’t matter how many people come but I invite them to come and enjoy the game because we need the support.

“I am entirely grateful for the support that we had against Leipzig, away, at home. I always say if guys want to come we will be incredibly grateful because I know how difficult the game will be and I know we need our people. I never sit here and ask why people don’t come? If you don’t come then don’t. I will not apologise to him.”

Around 38,000 City supporters watched the 6-3 victory over RB Leipzig despite the Etihad Stadium holding a capacity of 55,000.

Parker said Guardiola’s comments “play into the hands” of rival fans who refer to the Etihad as “the Emptyhad” while suggesting the Catalan should “stick to coaching” rather than questioning the club’s fanbase.

“I would like more people to come to the next game on Saturday,” Guardiola said after the victory over Leipzig. “We will need the people next Saturday, please, because we will be tired.

In response, Parker said: “People refer to the Etihad as the ‘Emptyhad’. It’s a little bit of fun by the opposition supporters but there’s no justification for it. It’s not factual. Our attendances are generally excellent.

“He’s absolutely the best coach in the world but, in the nicest possible way, I think maybe he should stick to that.”