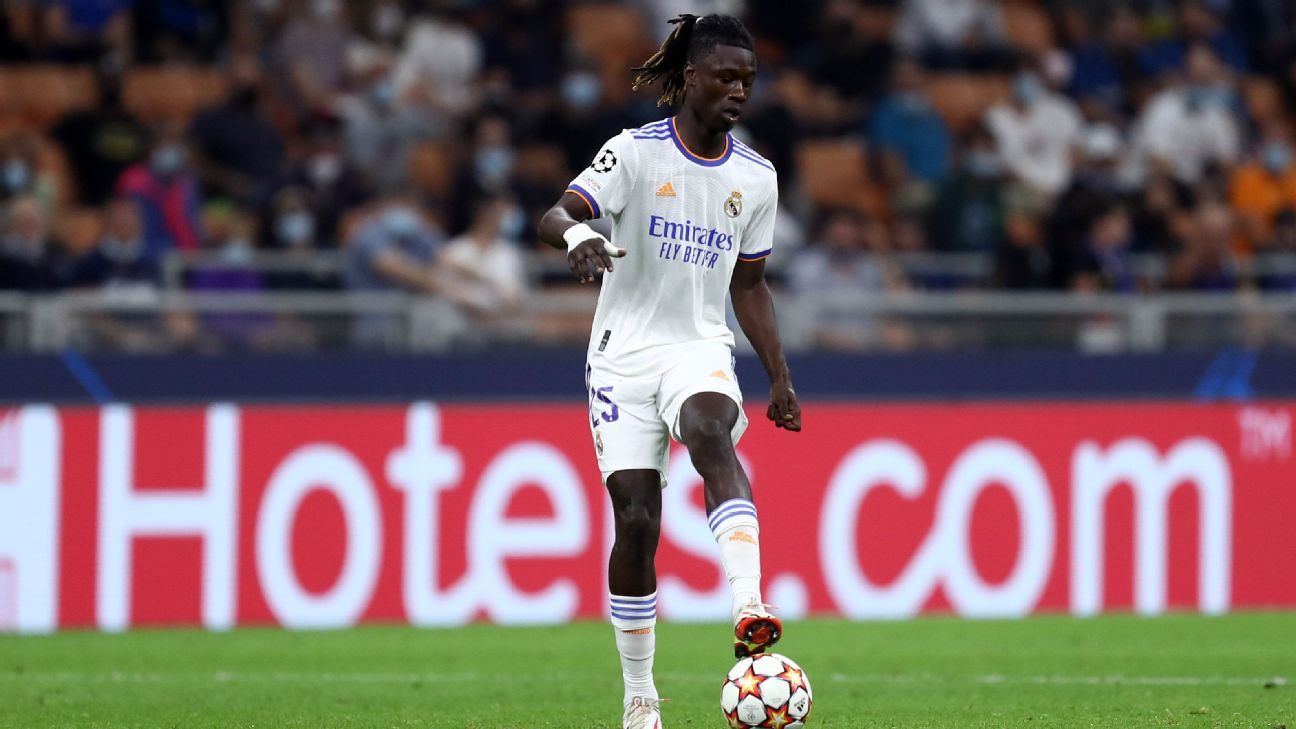 Carlo Ancelotti said he has been surprised by the instant impact and “personality” of Eduardo Camavinga at Real Madrid, and also praised teammate Rodrygo as “a complete forward.”

Camavinga, 18, scored on his LaLiga debut in a 5-2 win over Celta Vigo last weekend before coming off the bench to provide Rodrygo with the winner in Madrid’s 1-0 Champions League victory at Inter Milan.

“Yes it has surprised me a bit, that’s the truth,” Ancelotti said in a news conference on Saturday when asked about €30 million deadline day signing Camavinga’s adaptation.

“We all know the quality he has, physical and technical. Then on the pitch he’s shown his personality, we didn’t know about that. What happens in games doesn’t worry him, he’s confident.”

Rodrygo, 20, was signed by Madrid from Santos in 2019 for €45m and has impressed despite his lack of regular game time, especially in the Champions League.

“I see a complete forward,” Ancelotti said when asked for his assessment. “He’s very fast, with a lot of quality. He’s cool in front of goal, he can play as a winger or in the middle. He’s very young and he’s the present and future of Real Madrid.”

Madrid travel to Valencia on Sunday having won three and drawn one of their four LaLiga matches so far this season.

They will be without Gareth Bale after he picked up a hamstring injury in training last weekend, with sources telling ESPN no date had been set for his return.

“We still don’t know how long [Bale] needs to recover,” Ancelotti added. “The injury is quite important but the time is difficult to say. It’s a shame as he was training well, he did well with us and the national team. We’ll have to wait.”

The coach was reluctant to say if Eden Hazard would feature after the Belgium international was an unused substitute against Inter in midweek.

“Hazard didn’t play because he had a little discomfort in the knee,” Ancelotti said. “He has trained, he’ll train today, and we’ll see what happens. His condition has improved but we have to be careful.

“He’s had injuries and two games in a row could be difficult,” he added. “He isn’t at the level we want him to be, but he’s working on that. We have confidence that he’ll return to his best condition.”

Ancelotti also refused to take credit for the transformation of Vinicius Junior — who has already scored four league goals this season, more than he did in all of the previous campaign.

“I’m not a magician, I’m just a coach,” he said. “I have to try to give players the confidence they need to express their qualities best.”