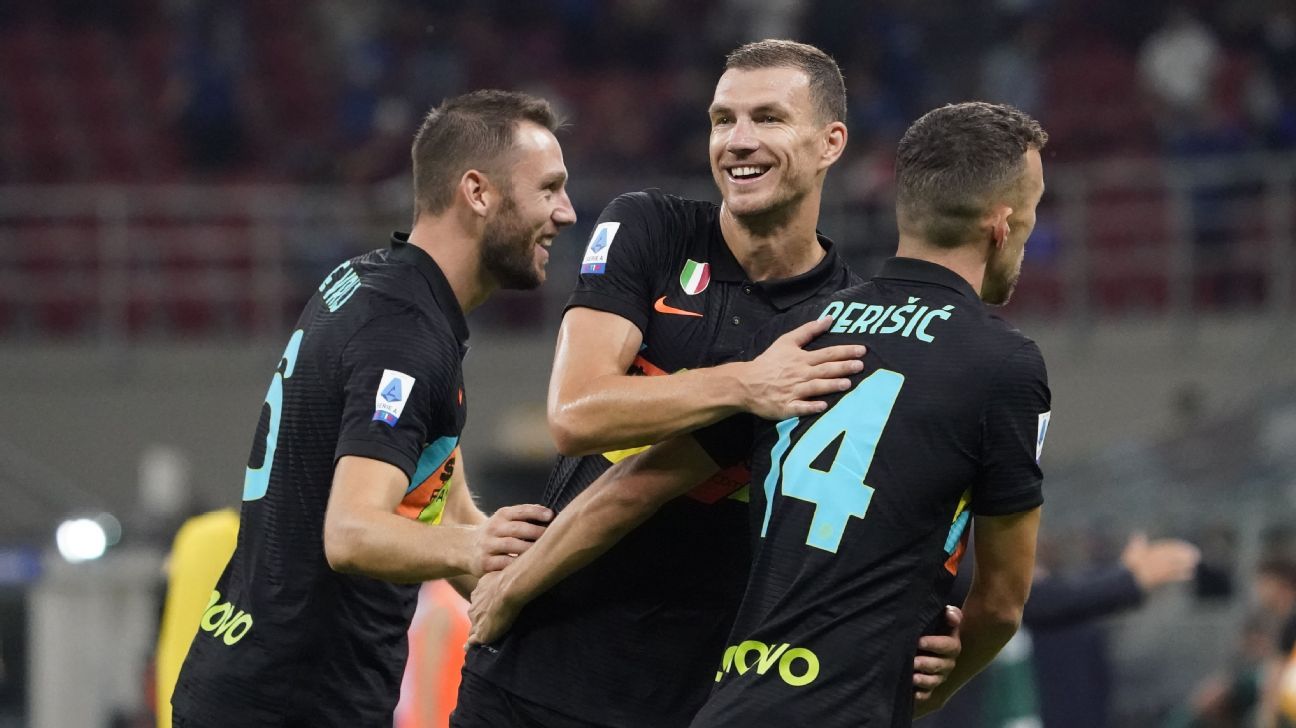 Champions Inter Milan thrashed Bologna 6-1 at the San Siro on Saturday to return to the top of Serie A in style.

Lautaro Martinez wasted no time in edging Inter in front, latching onto a pinpoint Denzel Dumfries cross to score for the third successive league match in the sixth minute.

The home side remained well on top and were soon in total control, with a Milan Skriniar header and Nicolo Barella‘s first of the season putting Inter three up before half time.

The goalscoring was not over as Inter refused to let up. Matias Vecino tapped home at the far post to make it 4-0 in the 54th minute, before a brilliant dummy from Martinez set up strike partner Edin Dzeko for a fifth goal nine minutes later.

Substitute Alexis Sanchez then created the opening for Dzeko to add a sixth with 22 minutes still left to play, but Simone Inzaghi’s side relented after that, with Arthur Theate adding a late consolation for the visitors.

The victory ensured Inter climbed above AS Roma, who play Hellas Verona on Sunday, to go back to the top of the table having taken 10 points from a possible 12 so far, while Bologna’s first defeat of the season leaves them seventh.

“You have to look at everything and not just at the result,” Inzaghi said. “I have to say congratulations to the players. I was very angry because when you don’t win after a match like ours against Real Madrid on Wednesday it’s not nice. Tonight we had a great match, every single player was amazing.”

Inter came into the Bologna contest after their perfect start to the season was derailed by a draw away at Sampdoria in their last league match before defeat at home to Real Madrid on Wednesday – a Champions League opener they largely dominated.

At home in Serie A, however, Inter have been unplayable this season, with their latest dominant showing meaning they have now scored at least four goals in their last three league matches at the San Siro – their best such run since 1999.

Inzaghi’s side have also scored in their last 23 league games — their best scoring streak in more than 70 years.

USMNT’s Reyna substituted due to muscle tightness
Can Man City convince Pep Guardiola to renew his contract or will the coach move on?
England had players-only moment after Italy loss
Chicharito’s goals, minutes trigger Galaxy renewal
Antony happy to learn from Ronaldo at Man Utd