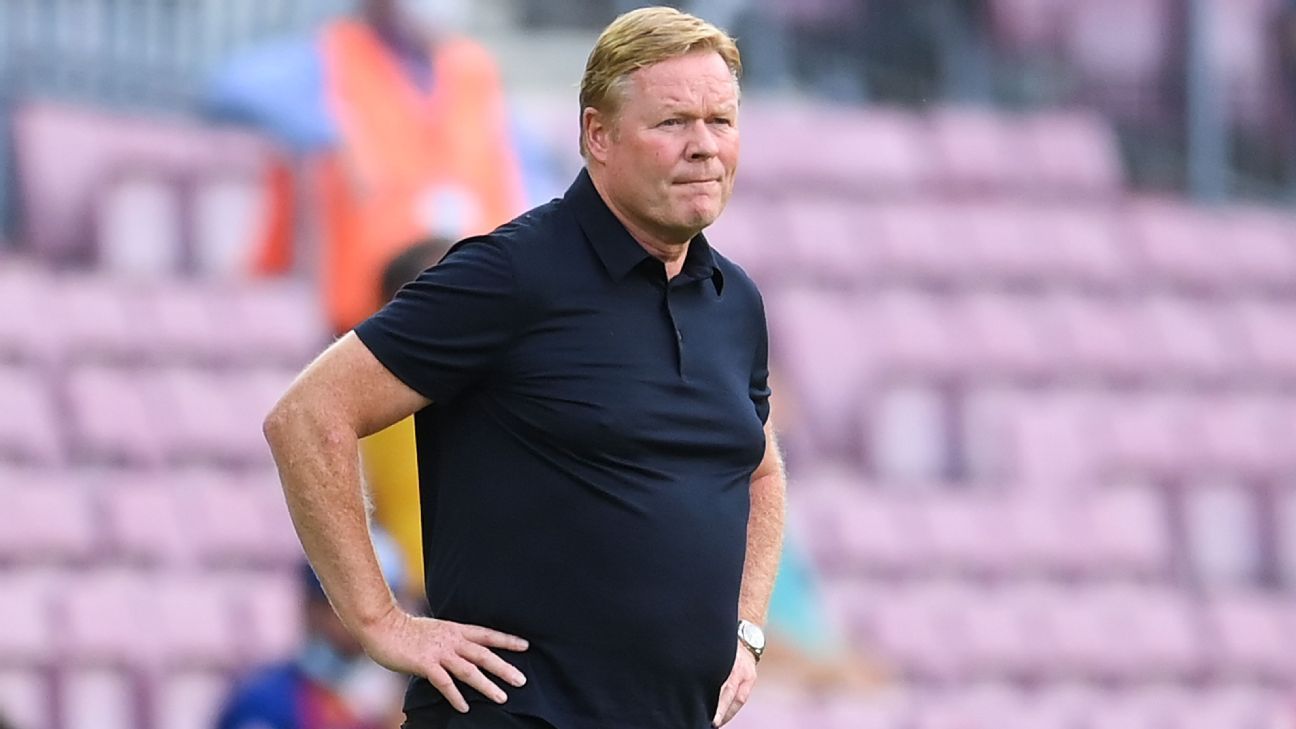 Barcelona coach Ronald Koeman said he doesn’t fear the sack amid renewed speculation about his future following the 3-0 defeat to Bayern Munich in the Champions League.

President Joan Laporta asked Koeman for a “period of reflection” in the summer before eventually deciding to stick with him for the new season.

– Don’t have ESPN? Get instant access
– Lowe: Barcelona’s decline is not a surprise

However, tension has arisen between the two following a back-and-forth in the media in recent weeks, with the Bayern loss serving to increase the pressure on Koeman.

“There have been a lot of changes to the team, players are out injured and we’re playing a lot of youngsters,” Koeman said in a news conference on Sunday when asked if he deserved more time.

“People who know that would surely say that we’re going through a change and that you need time, but what matters is winning games.

“There were questions before playing Bayern about renewing my contract. We lose 3-0 and now the questions are if I fear for my future. I don’t think it’s normal.

“We’re confident we can win games, there’s a long way to go. I know that results count. I don’t fear for my future. At the end of the day, the club and the president make the decisions.”

Koeman is out of contract next summer. Vice president Eduard Romeu has said firing him before then has not been discussed but denied that money would be a problem if the club did want to sack the coach.

However, sources have told ESPN that while Barca could afford to pay Koeman’s contract off, the lack of alternatives available is weighing in the 58-year-old’s favour.

“Everyone is free to express their opinion,” Koeman added when asked if he felt there was a campaign against him.

“I’m sure there are people for and against Ronald Koeman. I don’t speak, they speak. There are people that want me to continue and others who think Barca should look for someone else. I can’t change that.”

Barca, who have seven points from their first three LaLiga games, return to league action on Monday, when they host Granada at Camp Nou.

Pedri and Jordi Alba will both miss the game after picking up injuries in the loss to Bayern, joining Ansu Fati, Ousmane Dembele, Martin Braithwaite and Sergio Aguero on the sidelines.

Koeman said he has no problem replacing Pedri and Alba with Gavi (17) and Alejandro Balde (18), but said it would not be good for the youngsters if he started the game with five or six of them.

Ansu, meanwhile, is set for a return to action in the coming weeks following 10 months out with a meniscus injury in his knee.

“I am not going to name a date for his return, but he’s working hard,” Koeman said. “It’s about waiting for the right moment. It could be a week; it could be 10 days.

“We know we’re short in attack and it will be important to have Ansu back. We’re talking about a great player. Despite his age, he’s shown his quality already, scoring a lot of goals start of last season.”