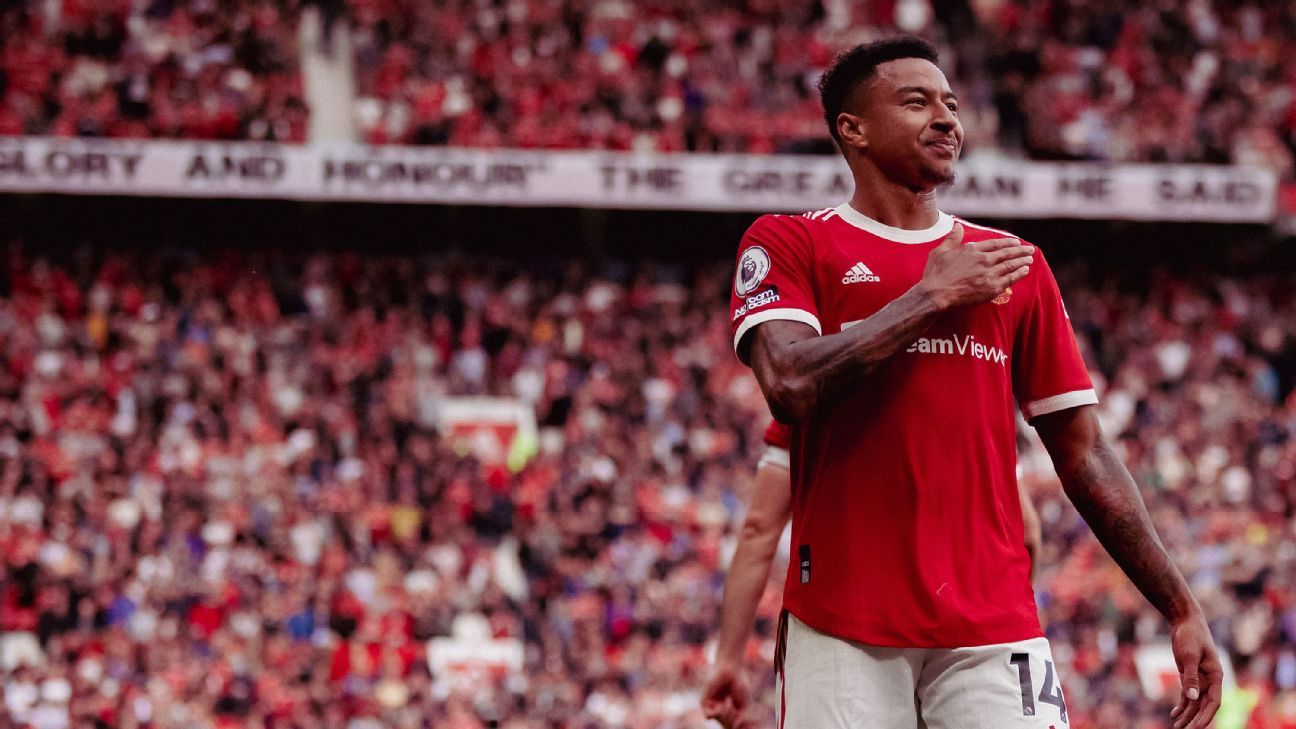 Jesse Lingard is 28 years old, has made nearly 300 senior appearances, been capped more than 30 times by England, scored in two cup finals and played in a World Cup semifinal and yet, as he prepares to return to West Ham United with Manchester United after a successful loan spell at the London Stadium, there is still a belief that he somehow has something to prove.

It was the same when he made his temporary move to West Ham in January, only the doubts were quickly put to rest with a goal 56 minutes into his debut against Aston Villa. A second followed soon after, and then came award nominations and personal accolades.

Lingard scored nine goals in 16 games as David Moyes’ side finished sixth in the Premier League — their highest position since 1999 — and his form was good enough to earn a call-up to England’s provisional squad for the European Championship. Back at Old Trafford, though, questions remained.

“I’m disappointed for Jesse Lingard that he’s not left Manchester United,” said former United defender Gary Neville after the close of the transfer window. “He’ll get a few games, he’ll get moments on the pitch, he’ll contribute, but I think he had something going at West Ham last year that meant Jesse Lingard in his own right was standing up as a really good player.

“To go back to being a squad player again I think, for me, is disappointing. I think you sometimes have to sort of fly the nest and go. I thought he’d already done that with what he did last year.”

Neville’s assessment and others similar have fed into a perception of Lingard that he’s happy to collect his wage without much prospect of playing, but according to those closest to him, that could not be further from the truth.

When eight Premier League clubs were fighting for his signature in January, Lingard had to seek talks with Ole Gunnar Solskjaer to ask for permission to leave. He had not made a Premier League appearance all season but Solskjaer still needed to be convinced.

Having enjoyed being a key man for West Ham during the second half of the season, Lingard was open to the prospect of leaving United permanently in the summer, but was never presented with a formal offer from another club. A number of clubs at home and abroad expressed an interest — including West Ham — but United never gave much encouragement that a deal was possible. A number of agents and intermediaries working for clubs during the transfer window expressed concerns that United’s asking price for a player entering the final year of his contract was too high.

It was never Lingard’s choice to stay or to go. As speculation continued over the summer, he trained hard — sources tell ESPN he was one of the best performers in the preseason fitness tests — and was one of United’s better players in warm-up games against Derby and Queens Park Rangers. Solskjaer suggested his form had been so good he would have started the first game of the season against Leeds United had it not been for a positive COVID test a week earlier.

Since the transfer window closed, United have offered Lingard — who will be a free agent next summer — a contract to extend his stay beyond the end of the campaign. It was turned down, with Lingard keen to seek assurances from Solskjaer about his prospects of first-team football before negotiations go any further.

The United manager remains keen for Lingard to stay, but there are no guarantees.

“He’s got this season left on his contract, the club is talking to him and his dad and we see him as a Manchester United player in the future,” Solskjaer said at a news conference on Friday. “Jesse has come back into us after a great spell at West Ham. He’s shown his qualities and is back in the England squad, he scored goals for England and we really want to see the best of Jesse this season. We support him and want to keep him here with us. He’s a red through and through.”

There is stiff competition for places in Solskjaer’s forward line after the arrivals of Cristiano Ronaldo and Jadon Sancho, but it’s Bruno Fernandes‘ role that presents a bigger problem. Lingard excelled at the centre of West Ham’s attack, but Solskjaer has shown little appetite to rotate Fernandes out of that position in the 18 months the Portugal midfielder has been at Old Trafford.

Lingard has had just 48 minutes of club football so far this season and was unfortunate to give the ball away for Young Boys‘ stoppage-time winner on Tuesday.

“No footballer likes making mistakes but it’s obviously part and parcel of the game,” said Solskjaer afterwards. “We’ll learn from it, he’ll learn from it. We’re humans, every footballer makes mistakes. He’ll pick himself up and be ready to go on Sunday against West Ham.”

After a gruelling 90 minutes with 10 men in Switzerland, Lingard should be in line to start at the London Stadium, a place where he was able to showcase the best of his abilities last season. If he gets the nod from Solskjaer, Lingard will be ready for the questions and those challenges to prove himself again. He’s used to it by now.