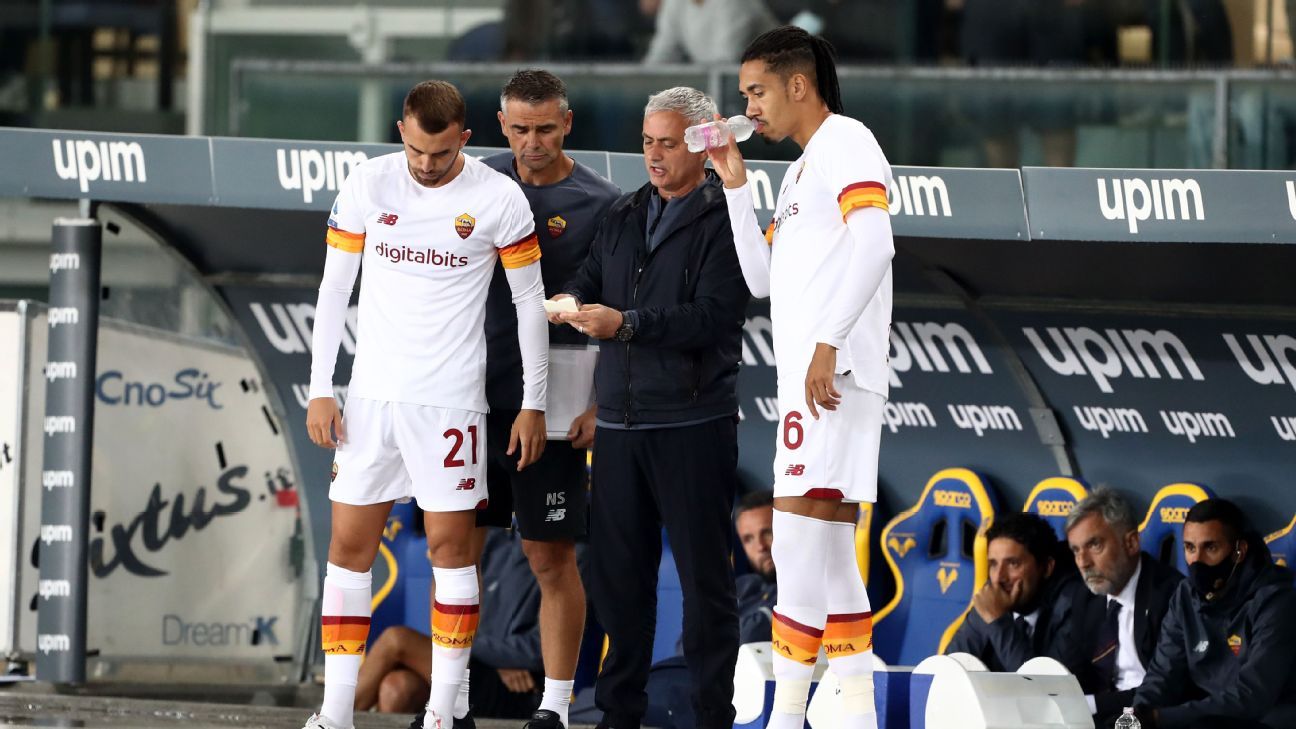 Jose Mourinho suffered his first defeat since returning to coach in Italy as his AS Roma side were beaten 3-2 by Hellas Verona in a thrilling Serie A encounter on Sunday.

A stunning volley from Verona captain Marco Faraoni proved decisive, ending Roma’s 100% start to the Serie A season while earning his side their first win of the campaign.

Roma appeared to be on course for another three points in the pouring Veneto rain after Lorenzo Pellegrini had given the visitors a halftime lead with a sublime back-heel flick.

However, the game swung in the home side’s favour early in the second half as goals from Antonin Barak and Gianluca Caprari edged Verona 2-1 in front.

Ivan Ilic’s own goal as he beat Roma striker Tammy Abraham to a cross levelled things up in the 58th minute, before Verona again took the lead five minutes later through Faraoni.

Roma piled on the pressure in search of an equaliser but Mourinho’s men were left frustrated to sit second in the standings on nine points, with third-placed AC Milan playing Juventus later on Sunday.

Verona moved out of the bottom three and up to 14th as new coach Igor Tudor got off to winning start after replacing Eusebio Di Francesco in midweek.