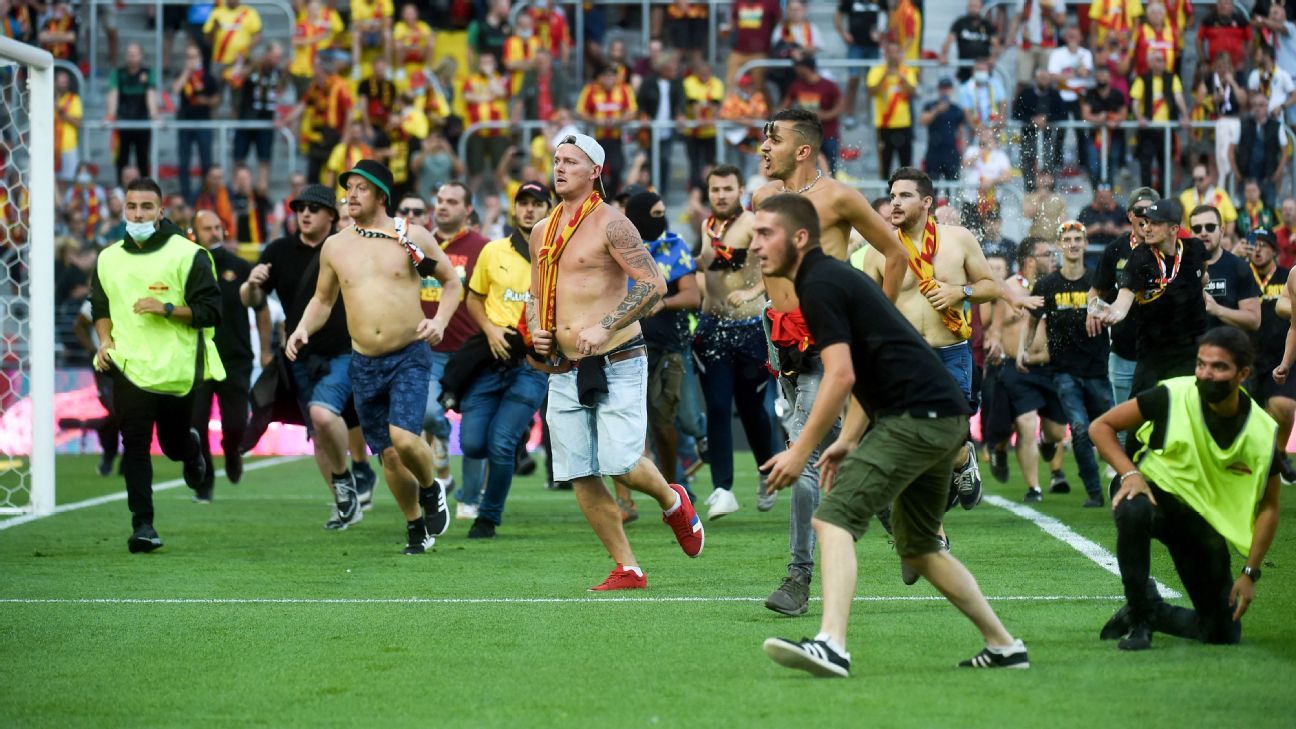 The kickoff to the second half of the Ligue 1 derby between Lens and Lille was delayed after crowd trouble erupted at half-time on Saturday.

“The game will resume but will be abandoned should there be more incidents,” an announcement at the Felix Bollaert stadium said after some Lens supporters ran onto the pitch towards the Lille corner as a brawl erupted.

The incident started when Lens fans in the Tranin stand and Lille supporters began throwing things at each other before supporters from the Marek stand ran onto the pitch, prompting an intervention from the riot police and stewards.

When the game resumed, some 50 riot police officers were posted in front of the Marek tribune.

Earlier this month, Nice were docked two points, one of them suspended, after serious crowd trouble during their game against Marseille as OM players clashed with home fans who pelted them with missiles and stormed onto the pitch.