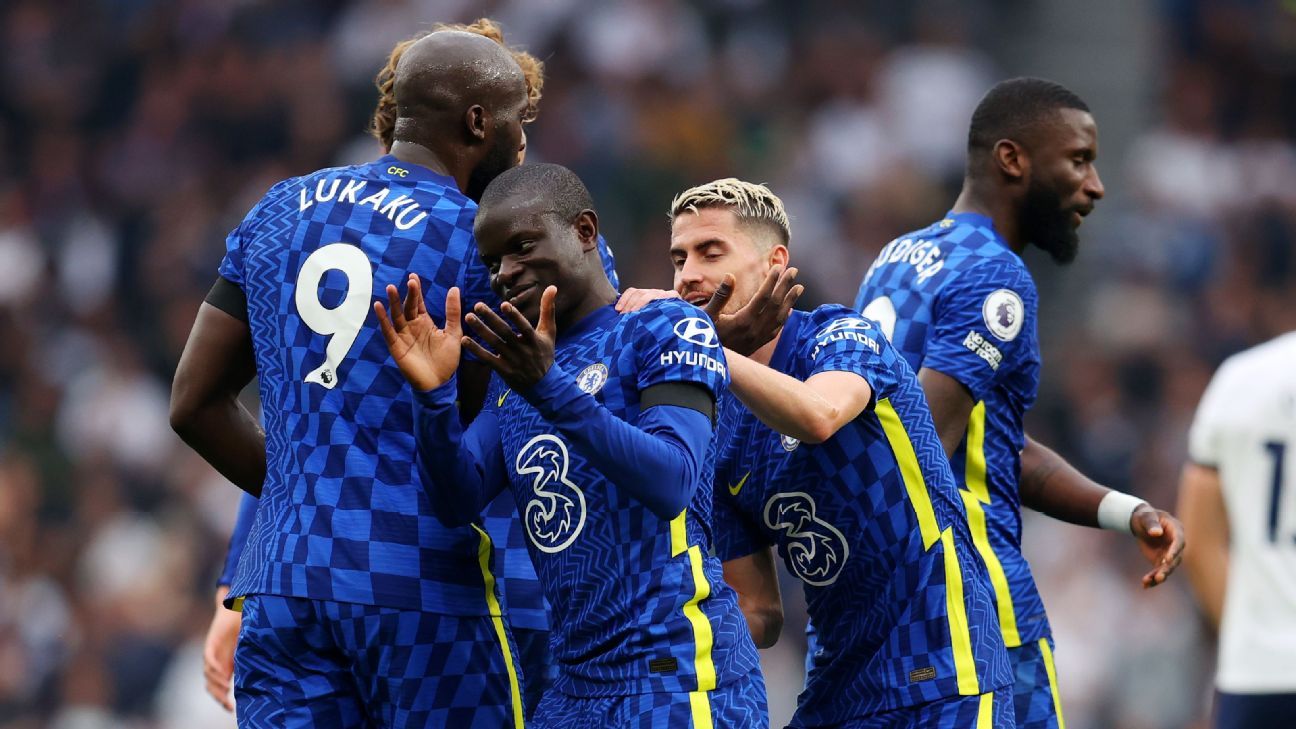 Chelsea earned an impressive 3-0 win at Tottenham on Sunday thanks to second-half goals from Thiago Silva, N’Golo Kante and Antonio Rudiger.

Following a tight affair in the first half, Chelsea boss Thomas Tuchel brought on Kante after the break, and the visitors scored three goals to seal the victory.

Chelsea continued their unbeaten start to the Premier League campaign and go level on points with Liverpool at the top of the table.

“I was absolutely not happy with the first 45 minutes,” Tuchel said. “There were individual performances which were great in the first half from [keeper] Kepa and Thiago Silva.

“In general we lacked intent, energy and relentlessness in duels and 50-50 balls. We spoke about it at half time. In the second half it was a very good performance and a deserved win.”

The project aimed to educate fans on the role of sport in addressing climate change while supporters at the stadium were encouraged to choose plant-based food options and recycle.

Before kickoff, both sets of players and supporters gave an emotional minute’s applause in memory of former Spurs and Chelsea striker Jimmy Greaves, who died on Sunday at age 81.

Spurs enjoyed the better of a first half with few clear-cut chances and came closest to scoring after 33 minutes when Son was denied from close range by Chelsea goalkeeper Kepa Arrizabalaga.

Kante replaced Mason Mount after the break which saw Chelsea dominate and they took the lead after 49 minutes when Silva headed in from Marcus Alonso’s corner.

Three minutes later, Alonso almost doubled Chelsea’s lead but his strike was brilliantly clear off the line by Eric Dier.

However, just before the hour mark, Dier was left in an unfortunate position when Kante’s shot deflected off him into the bottom corner.

Silva almost grabbed a second from another corner after 76 minutes but Hugo Lloris parried his header wide.

Rudiger made it 3-0 in stoppage time with a well-taken finish from Timo Werner‘s low cross.