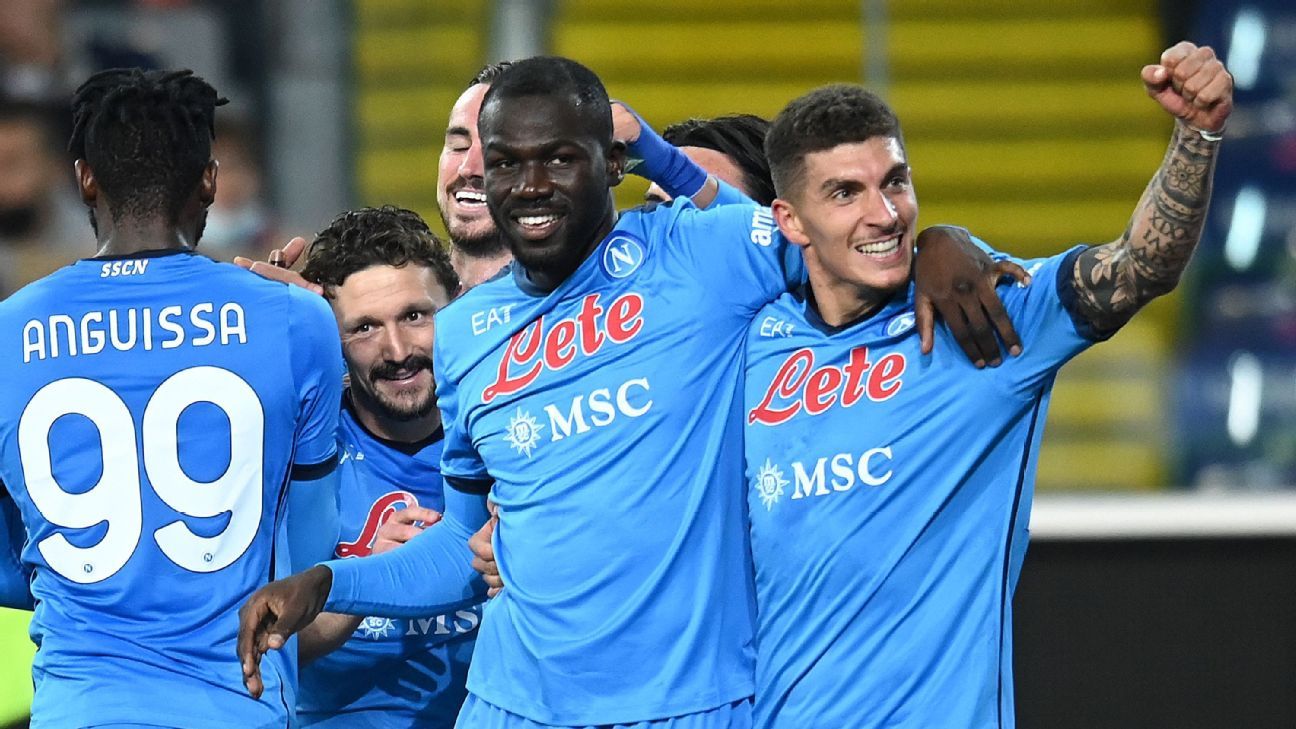 Napoli maintained their perfect start to the Serie A season with a rampant 4-0 victory at Udinese on Monday, making it four straight wins to lead the standings.

Victor Osimhen broke the deadlock in the 24th minute, getting the final touch on the line after Lorenzo Insigne had lofted an effort towards goal, while Amir Rrahmani added a second 11 minutes later from a well-worked free kick.

Defender Kalidou Koulibaly got the third seven minutes into the second half with another fine finish as Napoli threatened to run riot.

But the visitors had to settle for one more goal, saving the best for last as substitute Hirving Lozano curled a sumptuous fourth into the net late on to put the icing on the cake.

The result moved Napoli above champions Inter Milan into top spot as the only team with a 100% record, while Udinese’s first loss of the season leaves them eighth with seven points.

“For now it doesn’t matter to be top of the table,” Napoli captain Insigne told DAZN. “We know we have made a great performance on a difficult pitch, this is the most important.

“We are working well with the coach who is trying to bring out a little more from each of us.”