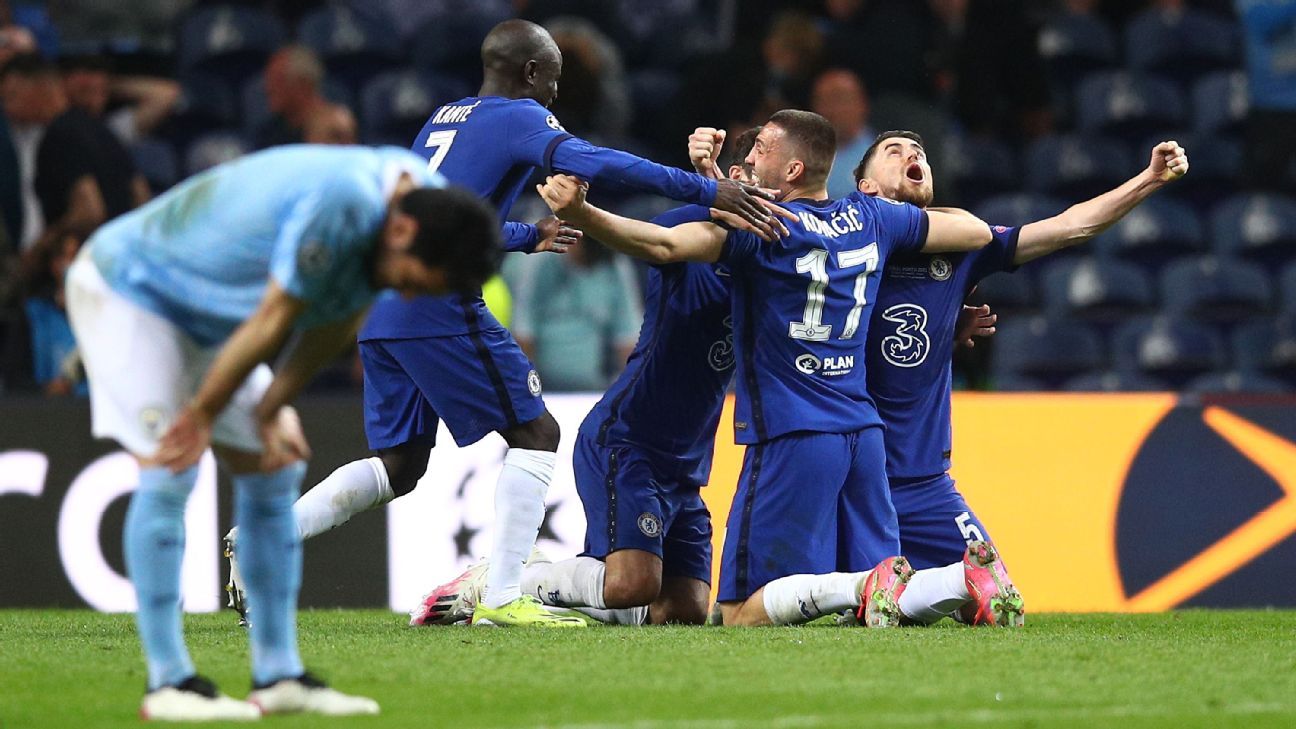 Chelsea boss Thomas Tuchel believes “it does not take a miracle” to beat Manchester City but rejected the idea he has Pep Guardiola’s number after three consecutive wins.

The Blues host City on Saturday 119 days on from beating them to win last season’s Champions League final, a victory which followed on from successes in their FA Cup semifinal and a Premier League meeting at Etihad Stadium.

Chelsea can move six points clear of the defending champions with another triumph but Tuchel dismissed the idea his team holds a psychological advantage.

“We have the positive experiences and we know how tough it feels at half-time in the dressing room, how much kind of work we put into it, what kind of input was needed,” said the 48-year-old.

“When I tell you [the three games were] 50-50, I mean 50-50. Sometimes when we look at situations, how to defend, how to attack, it still feels like ‘ooh, it is dangerous and hopefully we will not concede a goal now.’ Luckily it does not happen if we look at it several times.

“We have to work hard for it and really have to earn it and don’t forget you need also the momentum and a bit of luck. But yes, believing you can do it is the most important thing in sports. On this kind of level, we have the belief that we can do it.

“We know very well what it takes to have the possibility to win. I have the feeling it does not take a miracle to win against Manchester City but it is absolutely necessary we bring out our best performance.

“This is tough enough and this is maybe the confidence it gives you but it is one of the biggest tests in European football. This game tomorrow is in our stadium and we feel ready.”

Tuchel has a 100% record as Chelsea boss against Guardiola and previously revealed a dinner the pair shared seven years ago when managers of Borussia Dortmund and Bayern Munich respectively.

Guardiola had won all five meetings with Tuchel’s Dortmund and Mainz teams (including one on a penalty shoot-out) before the German arrived at Stamford Bridge, but felt compelled to gamble in May’s Champions League final by opting not to play a recognised holding midfielder.

City lost 1-0 and were outplayed for long periods, leading many to suggest Tuchel is the better coach despite Guardiola’s status as one of the most celebrated managers of all time.

“This question does not even exist for me and because of that I cannot answer it,” Tuchel said.

“These are questions for you guys to maybe endlessly debate. I have the highest respect for Pep because I am a huge admirer of the impact he had from the first day of professional coaching at Barcelona, ay Bayern Munich and now at Manchester City.

“This is something I hugely admire and this will never change. He has the biggest respect. Look at the trophies, look at the influence. There is absolutely no reason why I should start to ask myself if I am a better coach or not. I do the best I can.

“I am in a place right now where I am very happy. I am a better coach today than I was yesterday and this is all that matters. I need experience, I am grateful to have this amount of support at this club to cover my back and push me to my limits and from there on we go.”

Tuchel confirmed goalkeeper Edouard Mendy has recovered from a knock and will start against City but Mason Mount is ruled out with a minor problem and Christian Pulisic has not yet regained full fitness following an ankle injury.

City are fifth in the table, three points behind joint leaders Chelsea. With Liverpool and Manchester United level on points with the Blues at the top, Guardiola said this season’s title race was shaping up to be one of the toughest in years.

“Every year I get the idea that (the Premier League) is harder than before. It’s really tough, an incredible challenge for us,” Guardiola said.

“We accept the challenge and go for it. It’s a big compliment for the Premier League. The Premier League has to be so proud of the fantastic league we have, for the brilliant managers.

“Brilliant in many senses, top quality players … every club has 15-16 exceptional players. And now fans are back. It’s an honour to be here.”