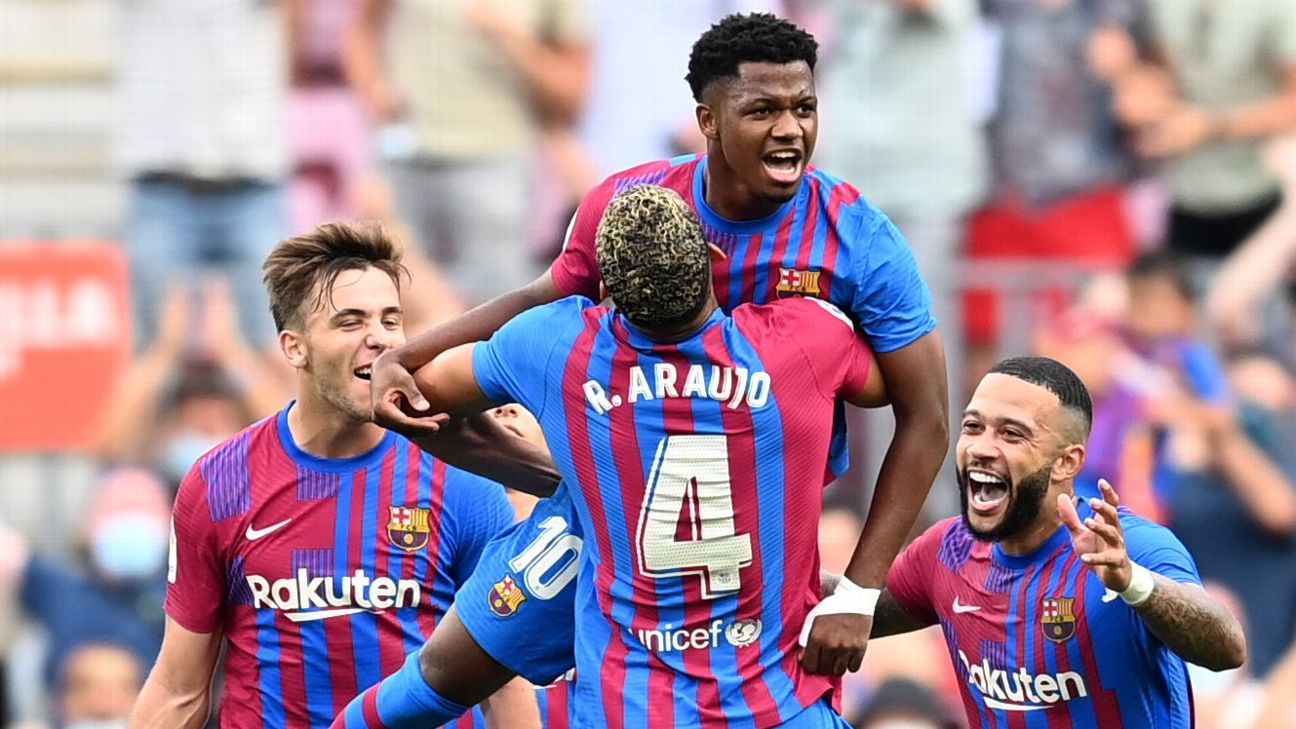 Ansu Fati scored on his first Barcelona appearance in 10 months to ease the pressure on under-fire boss Ronald Koeman in a 3-0 win over Levante at Camp Nou on Sunday.

Memphis Depay had given Barca the lead before Luuk de Jong scored his first goal for the club since joining from Sevilla on the final day of the summer transfer window, but Ansu stole the show with his 10-minute cameo.

Barca came into the match with just one win in five across all competitions and sources told ESPN recently that the club were exploring alternative options to Koeman as manager.

But the hosts raced out of the blocks and were ahead after just six minutes when Memphis won and converted a penalty following a clumsy challenge from Levante’s Nemanja Radoja.

Barca were 2-0 up nine minutes later thanks to fellow Netherlands forward De Jong. Sergino Dest was key in the goal as he led a counterattack and fed De Jong who coolly slotted the ball past Levante goalkeeper Aitor Fernandez.

However, the loudest cheer of the day was reserved for the 80th minute when Ansu replaced De Jong .

Despite the feel-good factor in Camp Nou with Ansu’s return, Barca had Marc-Andre ter Stegen to thank for maintaining their advantage as he was called upon to make two late saves.

But Ansu, Barca’s new No. 10, made the points safe with the third in stoppage time to evoke and even more enthusiastic reaction from the supporters and went into the crowd to celebrate with his family and friends.

What did we glean from performances from Argentina, Brazil, Ecuador, and Uruguay?
Inter Miami’s Higuain announces retirement
Can Martinez stop Haaland from scoring again?
Xavi calls for calendar reform after injury crisis
Serie A to feature female referee for first time