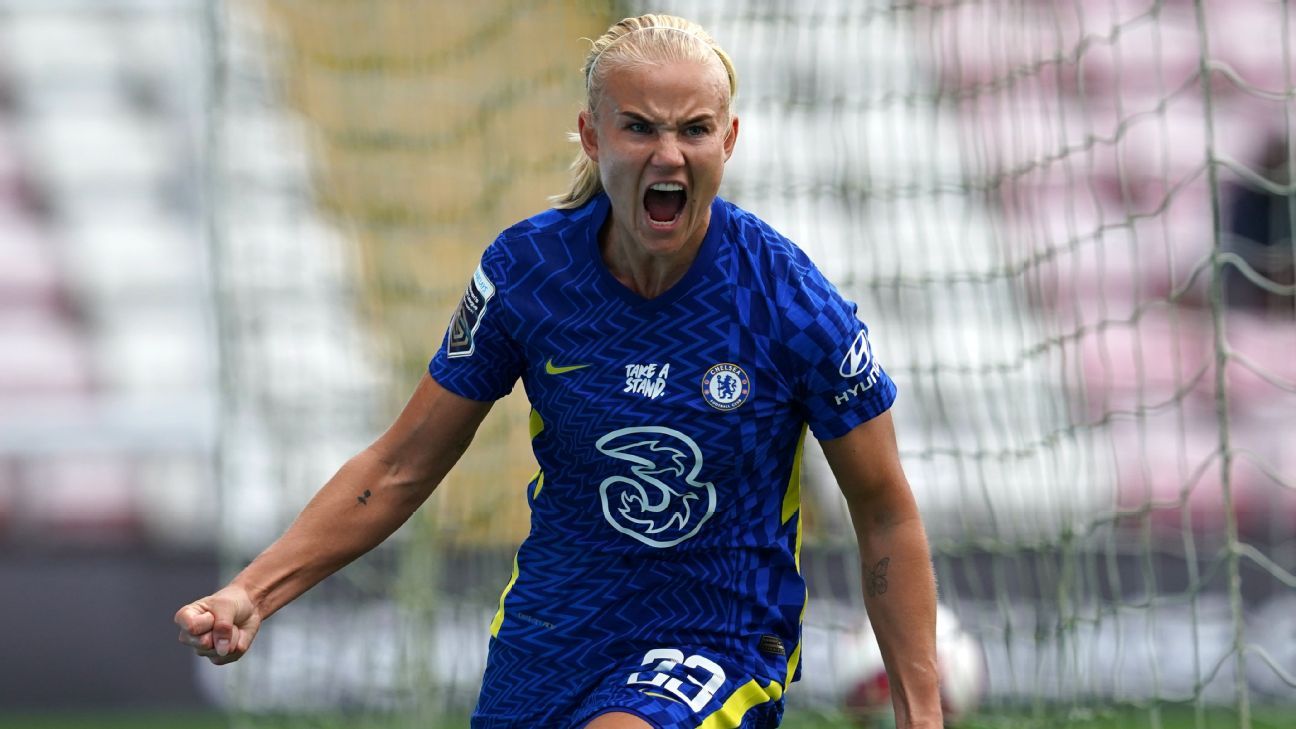 Manchester United were hammered 6-1 by Chelsea on Sunday in the Women’s Super League, continuing their winless record against the London side.

Alessia Russo’s second half strike wasn’t enough to pull United past Chelsea with a brace from Sam Kerr as well as goals from Pernille Harder, Fran Kirby, Drew Spence and Jessie Fleming securing the win.

“I didn’t think we were very good to be honest with you. I thought we were poor in the first half by our standards and we were 3-0 up. I expect another level. I think we’re a better team than we’ve ever been. I think we’re miles better than we were last year,” Chelsea coach Emma Hayes said after the game.

“I changed something within the flow of the game because I felt we were getting a bit overloaded. We put Pernille [Harder] in a position where she’s at her best to carry balls. She takes time to settle in this country. This pre-season Pernille has been unbelievable. I’m so proud of her for that goal because I know how much she put into it.”

It took Kirby just two minutes to open the scoring, receiving a pass from her attacking partner Kerr which led to an easy tap in.

The goal marked her 50th in the WSL.

Harder doubled Chelsea’s lead on 24 minutes with a sublime individual effort. She ran the ball up from the halfway line before chipping her shot over Mary Earps.

Kerr made it 3-0 just before half time with Kirby repaying the Australia international for her earlier assist.

United started the second half brightly with Russo pulling a goal back on 48 minutes but Kerr’s second of the day on 51 minutes ensured the points went to Hayes’ side.

However, Chelsea still weren’t finished with goals coming from Spence and Fleming in the final 10 minutes.