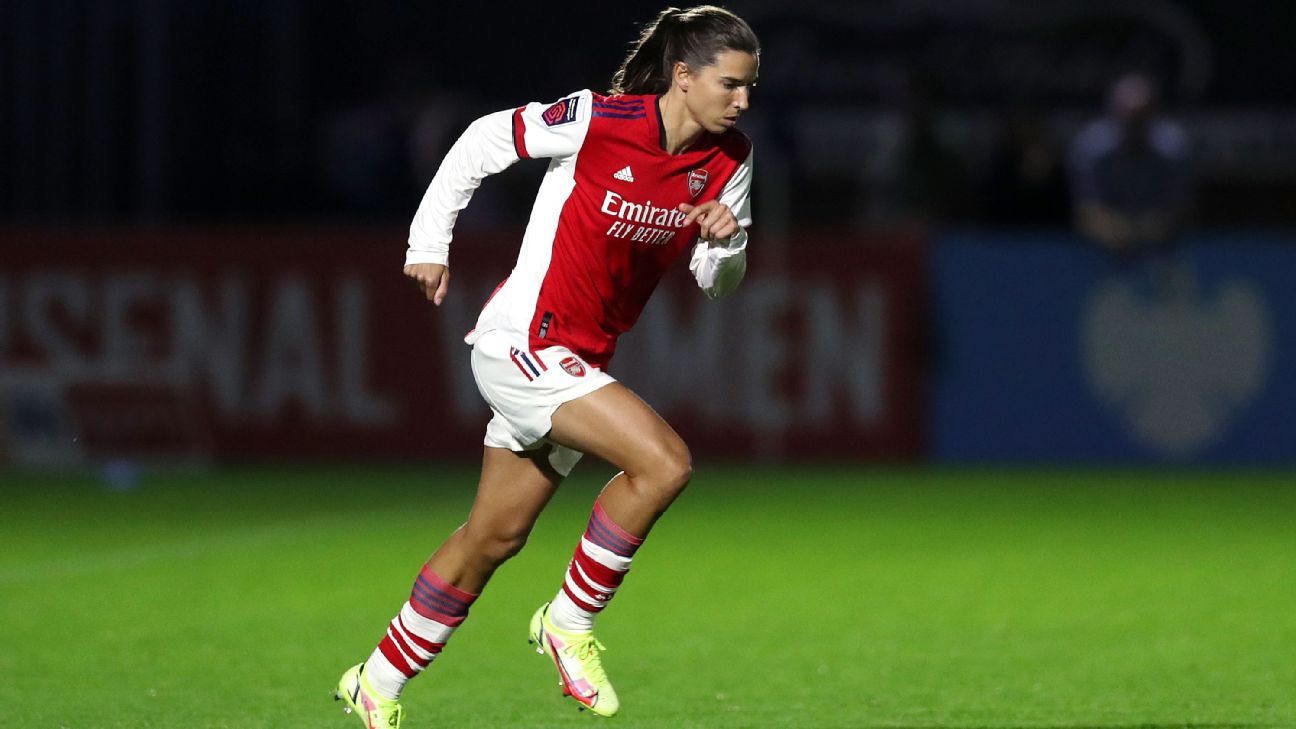 Heath, who joined Arsenal on a free transfer at the end of the summer, came on as a substitute in the 85th minute for Beth Mead.

A poor back pass from Alanna Kennedy on 10 minutes presented Arsenal with the ball and Miedema made no mistake in hitting it into the net.

Kim Little doubled their lead on 23 minutes after muscling off several City defenders to get her shot past Karina Benameur.

McCabe made it three on the hour mark after a long ball down the pitch sent her past Georgia Stanway and Kennedy. She cut onto her left foot and hit the ball into the net.

Arsenal were awarded a penalty on 78 minutes and, after a slight delay due to substitutions, Little converted it.

Williamson made it 5-0 four minutes into added time after heading in a late corner.