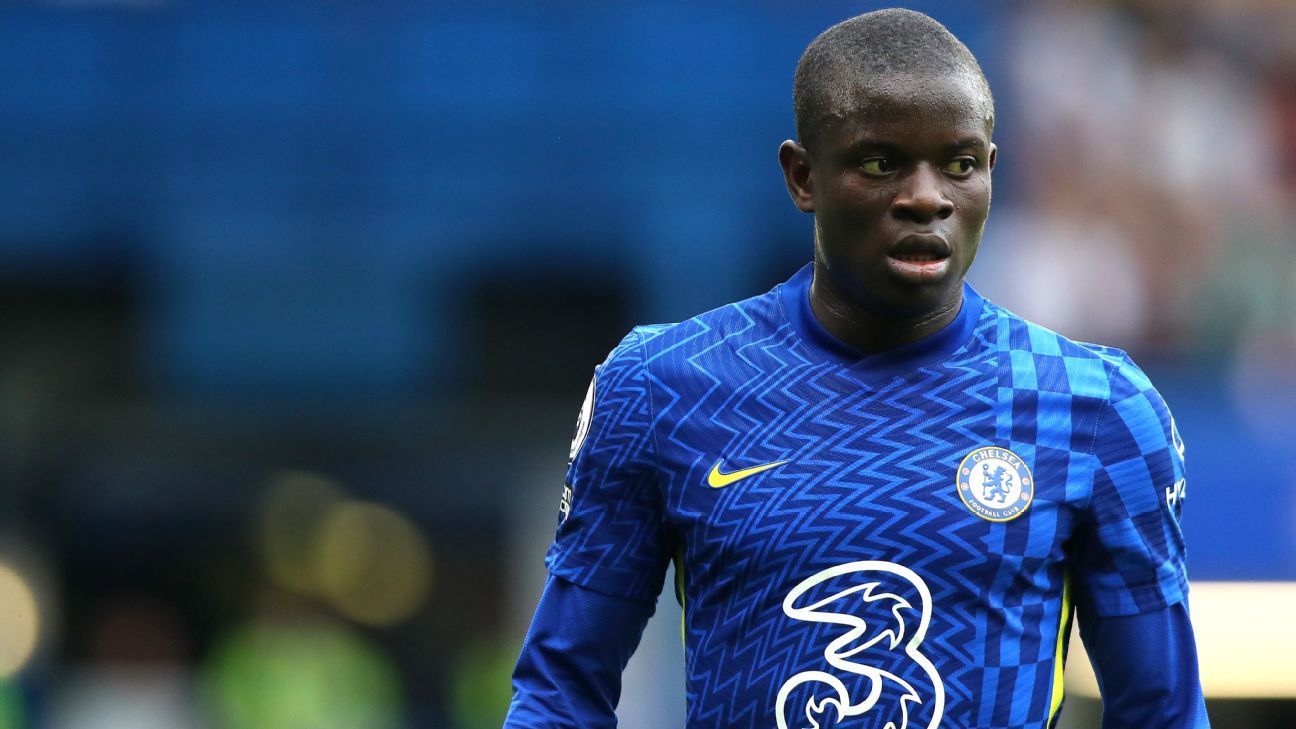 N’Golo Kante will miss Chelsea‘s Champions League trip to Juventus on Wednesday after testing positive for COVID-19 but boss Thomas Tuchel insisted he will not push his players to increase protection by getting the vaccine.

Kante is now quarantining as per government guidelines and joins a growing list of squad members to have contracted the virus since the pandemic began including Christian Pulisic, Kai Havertz and Billy Gilmour, who tested positive while on international duty with Scotland during Euro 2020.

It isn’t known whether Kante or other members of the Chelsea have received the vaccine.

Tuchel, who is fully vaccinated, admitted he is unaware of how many Chelsea players have received the jab but refused to call for a mandatory uptake despite an apparent reluctance among many footballers to take it.

“We are only a reflection of society and the players have a free choice if they want to get vaccinated or not,” Tuchel said on Tuesday at a news conference.

“I think we should accept it and this is more or less everything I can say. I know the situation is far from over and all the time somebody gets it here from us and from our crew, it make you very aware it is not over. I hope it gets as less as possible but I clearly don’t have the solution for it.

“It would be easy to say yes [the players should get the vaccine to set an example] now and get applause from a lot of people but at the same time, do I have the right to say it? I’m not so sure. I can make the decision for myself and everybody else needs to reflect about it, take a risk or not.

“It is a serious question. Vaccination seems to be a proper protection. I took the decision for myself but I don’t see myself in the position to speak out with recommendations. That would go too far. I am a football coach, I am not an 100% expert in this and I would leave it up to them.

“And then the second point is everybody is adult enough, living in a free society and so people can take their choices.”

In May 2020, Kante was given permission to stay away from group training after expressing concerns on health grounds.

The midfielder fainted during a training session in 2018 and his brother died of a heart attack in the same year.

Chelsea will also be without Pulisic (ankle), Mason Mount (knock) and Reece James (ankle) against Juventus.

England roar back in thrilling draw with Germany
Southgate: Negativity ‘not healthy’ for England
Cincinnati storms back to ease past Chivas
The rise and fall of Phil Jones for Man United and England
VVD nods Netherlands into Nations League semis