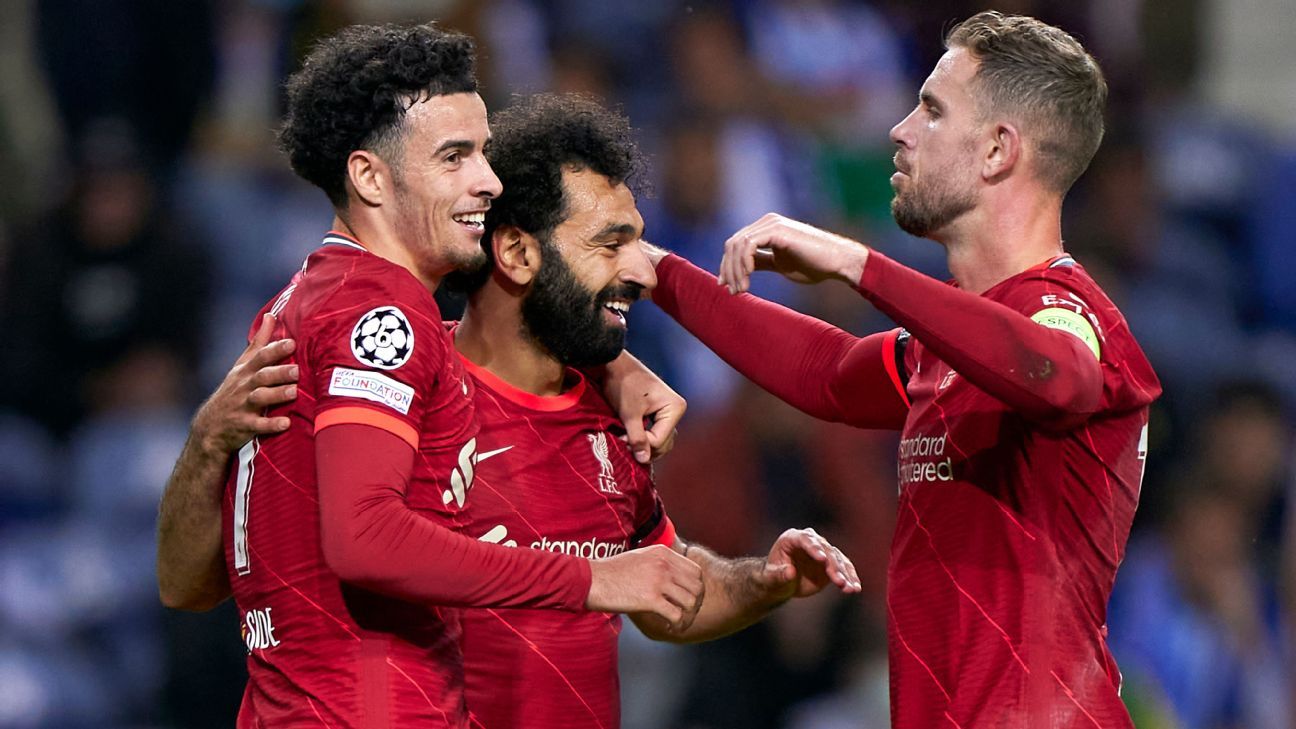 Liverpool enjoyed a 5-1 victory over FC Porto at the Estadio do Dragao on Tuesday night in the Champions League.

Jurgen Klopp’s side asserted their control of the game early on and took the lead in the 18th minute when Curtis Jones had an effort parried into Mohamed Salah who was fastest to react. It was a matter of cruise control throughout the rest of the first half as Liverpool continued to probe the Porto defence, and their persistence eventually paid off when James Milner’s ball found Sadio Mane at the back post for an uncontested tap-in.

Curtis Jones was a star performer on the night and played a part in all five Liverpool goals. A strong tackle on the hour mark allowed the 20-year-old to drive at the Porto defence, and no-one could stop him from picking out Salah for Liverpool’s third goal of the game. The home side managed to pull a goal back from a well-taken header by Mehdi Taremi, but any hope of a comeback was quickly quashed as goalkeeper Diogo Costa wandered into no man’s land to leave an empty net for Roberto Firmino to finish from long range.

The Liverpool academy graduate from Toxteth was involved once again in the Reds’ fifth goal of the night; his blocked shot fell for Firmino, who tucked away his brace to put Liverpool in a commanding position at the top of the group.

Liverpool made what could be a tricky tie look straightforward. The Premier League side cruised through the game as they patiently worked the ball into dangerous areas without presenting any chances of real worry to the opposition.

The Reds will be disappointed to not leave the Estadio do Dragao with a clean sheet, but that is a minor knock on a stellar team performance.

Jurgen Klopp, 9 — Klopp chose a strong team to get the job done, and his team did just that. The German manager looked relaxed in the dugout as his game-plan played out perfectly on the night.

GK Alisson, 7 — The Brazilian goalkeeper had little to do but dealt with Porto’s few chances with ease. A comfortable day at the office, though he will be disappointed to not keep a clean sheet.

DF James Milner, 8 — Another standout performance at right-back saw Milner afforded too much space at times, and he eventually punished Porto with a ball into the box that was successfully converted by Mane.

DF Virgil van Dijk, 7 — The Liverpool defender spread the play well with direct balls out of defence but wasn’t troubled much by Porto’s attack. As comfortable as ever from the centre-back.

DF Andy Robertson, 8 — A bright spark on the left flank, with regular marauding runs into Porto territory. The Scotland captain was unlucky not to find Salah, who had eased into the opposition box, with one cross in particular.

MF Jordan Henderson, 8 — The captain constantly looked to get his side moving in the right direction and worked tirelessly when defending. Henderson was unlucky not to get his second goal of the tournament with an effort from a free kick that had to be palmed over.

MF Fabinho, 7 — Fabinho helped dictate the game in a midfield battle that Liverpool controlled for the majority of the game.

MF Curtis Jones, 10 — Eloquent play going forward from start to finish, as the young Liverpool midfielder played a part in every goal. A star performance from the academy graduate.

FW Mohamed Salah, 8 — The Egyptian star reacted first to a goalkeeper parry inside the six-yard box to put Liverpool into the lead and Porto left him unmarked for the third goal.

FW Diogo Jota, 7 — The Portugal international didn’t have his shooting boots on in his home nation on Tuesday night despite regularly finding good positions on the pitch. A good performance, though he will be disappointed not to have made it on the scoresheet.

FW Sadio Mane, 8 — Liverpool created numerous chances down the left-hand side as Mane and Robertson proved difficult for the Portuguese side to defend against. The Senegalese winger also scored his fifth goal in his third visit to the Estadio do Dragao to put Liverpool two ahead.

FW Roberto Firmino (replaced Salah, 67″), 8 — The Brazilian made no mistake when greeted with an open net after goalkeeper Diogo Costa was found perilously out of goal. Didn’t take him long to score again, placing the ball past the goalkeeper for Liverpool’s fifth in the closing minutes.

DF Joe Gomez (replaced Milner, 67″), 6 — The defender was unlucky to be caught out from a cross as Taremi scored Porto’s lone consolation, but it was more a case of a well-delivered ball than it was sloppy defending.