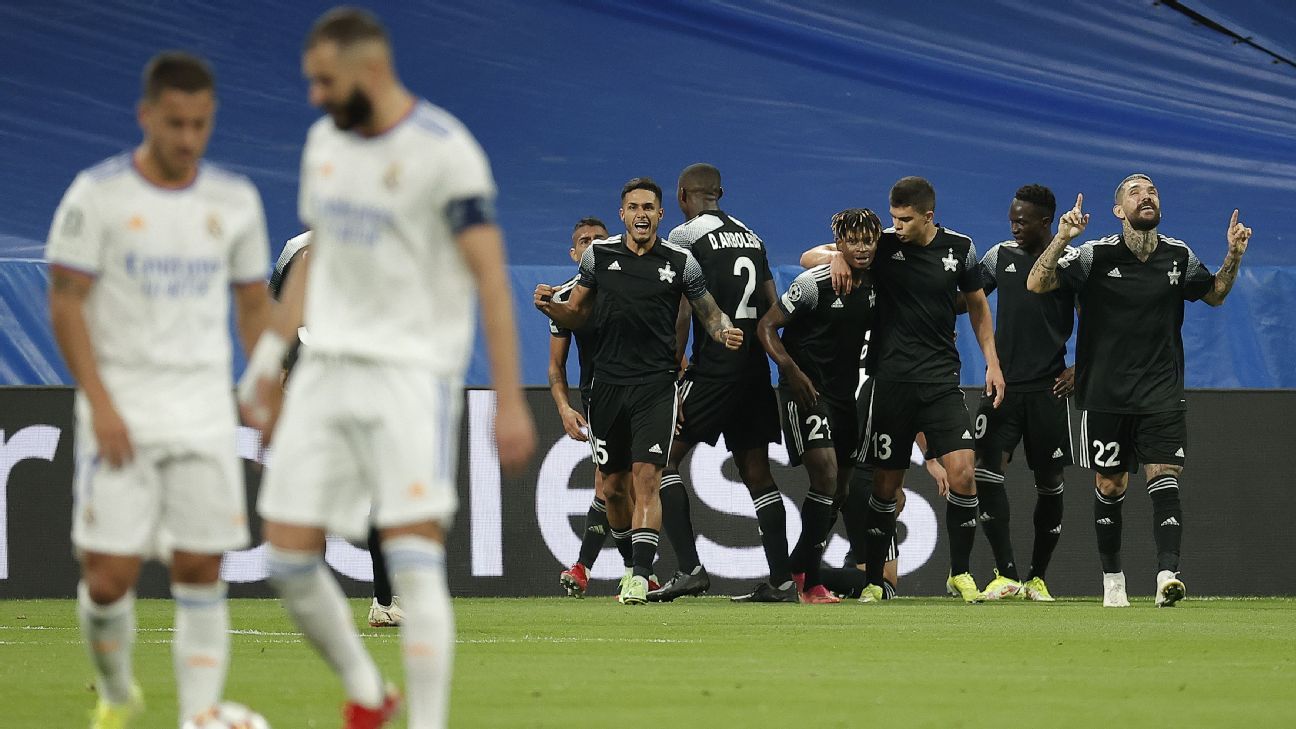 Moldovan side Sheriff Tiraspol pulled off a remarkable 2-1 win away to Real Madrid in the Champions League on Tuesday, snatching a shock victory thanks to a sensational 89th-minute strike from Sebastien Thill.

Competition debutants Sheriff went ahead against the 13-times European champions in the 25th minute with a header from Uzbek midfielder Jasurbek Yakhshiboev, who narrowly missed a chance to double the visitors’ lead later in the first half.

Sheriff closed with +2700 odds at Caesars Sportsbook, making it the largest underdog to win in the last three Champions League seasons. The previous biggest upset was Shakhtar Donetsk beating Madrid in the group stage last year at +1300 odds.

Real dominated the play in both halves but needed a penalty to draw level. Karim Benzema buried his spot-kick in the top corner in the 65th minute after Vinicius Jr was felled and awarded a penalty following a VAR review, having been denied a spot kick after a previous review moments earlier.

Real substitute Luka Jovic spurned a great chance to win it for the hosts but Sheriff quickly got down the other end and following a throw-in the ball fell to Luxembourg midfielder Thill, who unleashed a lethal shot into the far top corner.

Sheriff, from the unrecognised breakaway state of Transnistria, top Champions League Group D with six points from two games while Real are second with three.