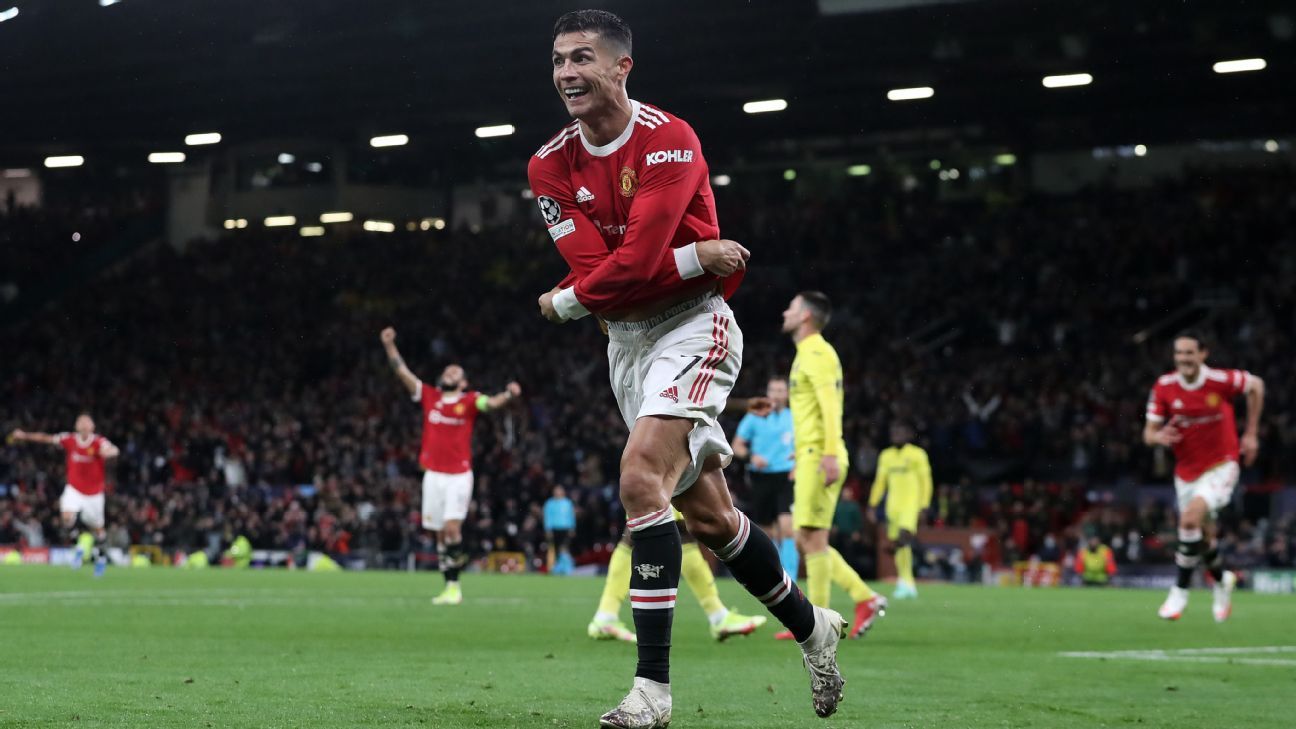 Cristiano Ronaldo grabbed an stoppage-time winner as Manchester United came from behind to secure a 2-1 Champions League Group F win over Villarreal at Old Trafford on Wednesday.

After squandering a series of chances in the first half, Villarreal took a deserved lead in the 53rd minute when a counter-attack was finished off by Paco Alcacer who turned in Arnaut Danjuma‘s low cross.

Yet United struck back seven minutes later with a cleverly worked free kick as Bruno Fernandes chipped the ball deep to Alex Telles on the left and the Brazilian fired home a perfect volley.

United, who lost their opening group game away to Young Boys in Bern, had been far from impressive, but a cross from Fred in the final moments found its way to Ronaldo at the back post and he fired home the winner.