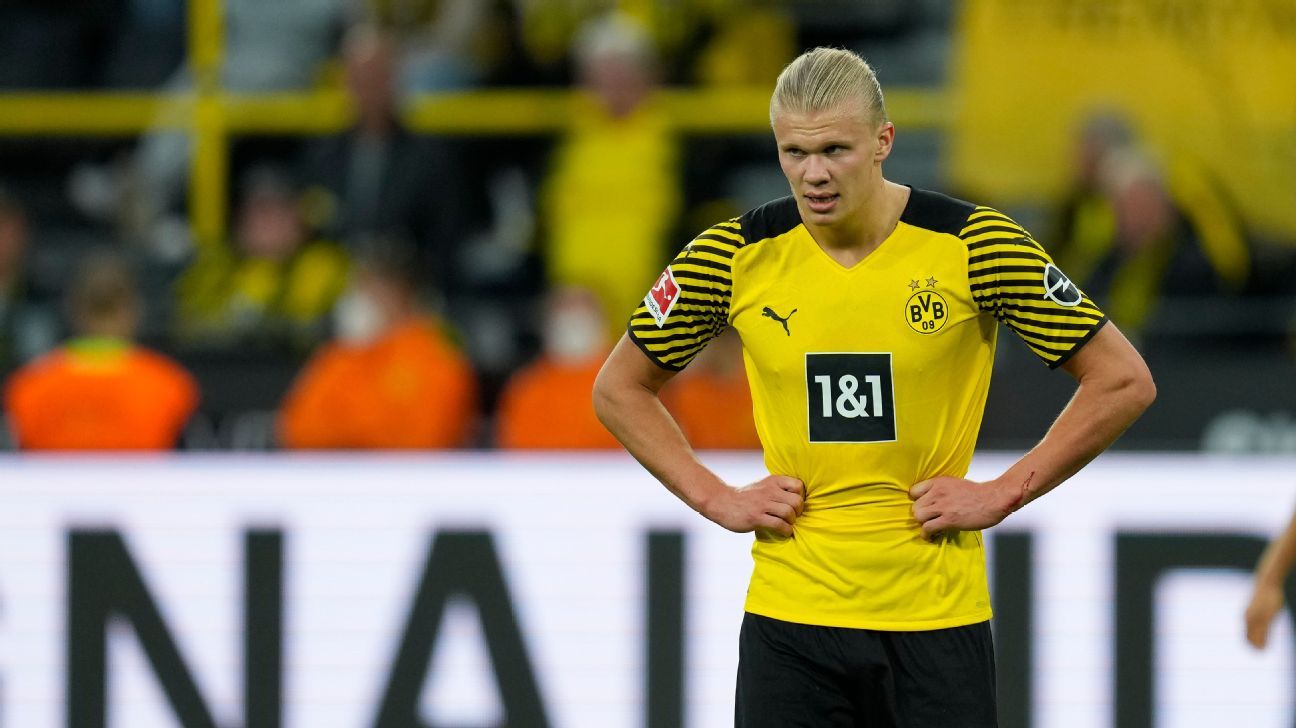 Erling Haaland will leave Borussia Dortmund next summer after a secret pact was made between the player’s agent Mino Raiola and the Bundesliga side, according to AS.

Raiola reportedly has a verbal agreement with Dortmund that will see the Norway international’s move facilitated in 2022, with Real Madrid the preferred destination chosen by the 21-year-old.

But if Real Madrid prioritise a move for Kylian Mbappe, it is reported that Paris Saint-Germain will go all-out to replace the France international with Haaland, leaving two clubs at the front of the queue for one of the most sought-after players in world football.

The Norweigan marksman has remained in fine form so far this season, scoring 13 goals and assisting three in 10 games for club and country.

– Juventus are ready to make Dusan Vlahovic the prime target in their plans to recruit a striker, reports Calciomercato. The Serbia international has been on the radar of a number of clubs throughout the summer after an impressive 2020-21 campaign. Despite reports that he would sign a new deal with Fiorentina, the club are beginning to lose confidence in the 21-year-old’s commitment to La Viola. A fee of around €70 million is reported to be required to get a deal over the line.

– AS Monaco are prepared to reject any bids which fall below €40m for Aurelien Tchouameni. That’s according to Ekrem Konur, who says that the midfielder remains on Chelsea‘s radar at the next transfer window. The 21-year-old has been a standout performer in Ligue 1 this season while playing in a deep central midfield position.

– Real Madrid target Lorenzo Pellegrini looks set to extend his contract with AS Roma, writes Nicolo Schira. The Serie A club was keen to remove the midfielder’s release clause, which was set at €30m, and the new deal will also see the 25-year-old extend his stay at the Stadio Olimpico until 2026. Pellegrini has registered five goals and one assist in his last six games for the Giallorossi.

– Sky Italy reports that everything has been agreed regarding the contract between Barcelona and Pedri. The Catalan club has been prioritising locking down their young stars to long-term deals at Camp Nou, and Pedri looks to be the latest player to have penned new terms. The 18-year-old featured in 37 LaLiga games last season and had a solid Euro 2020 performance for Spain.

– Manchester City are looking to offer a one-year extension to Fernandinho that will see him remain at the club until 2023, according to Ekrem Konur. The Brazilian’s current deal will end next summer, but the new terms will see the defensive midfielder reach a decade as a player at the Etihad Stadium, after joining from Shakhtar Donetsk in 2013.