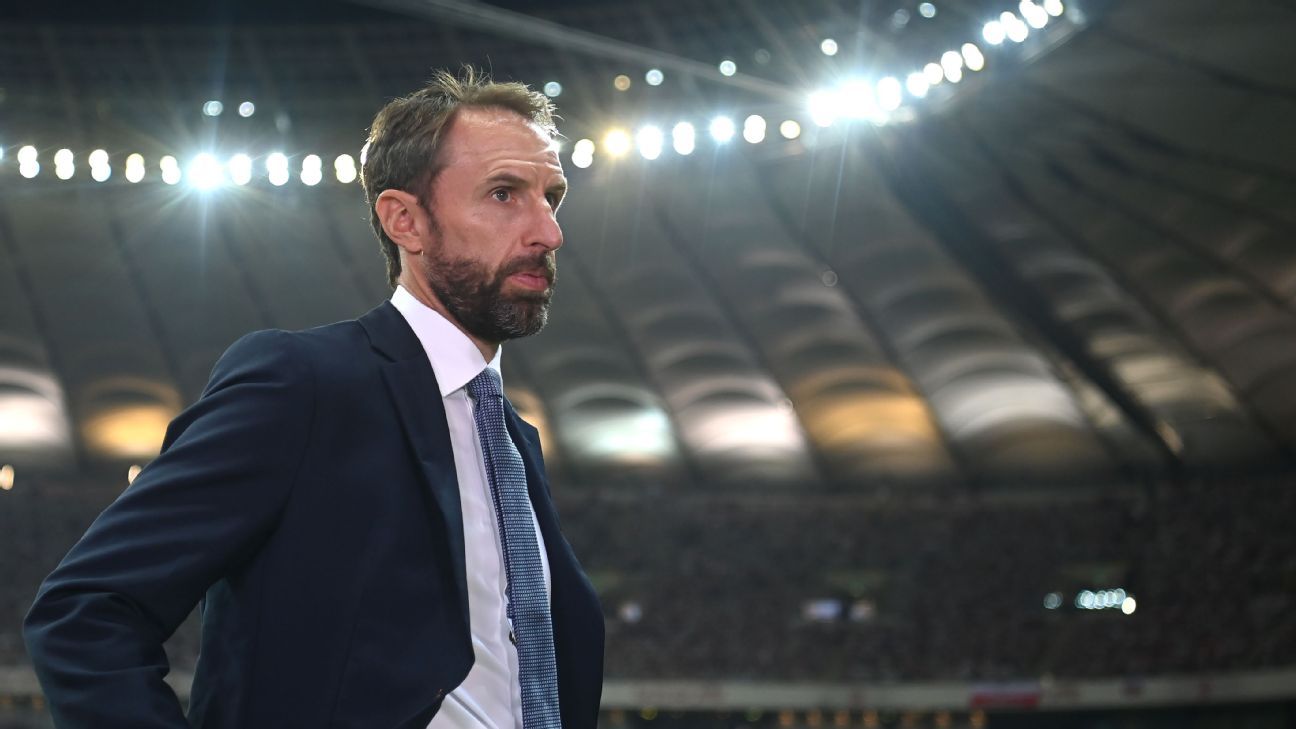 Gareth Southgate said on Thursday he has not cut any deals with individual clubs despite leaving Jude Bellingham and Mason Greenwood out of his latest England squad for next month’s World Cup qualifiers against Andorra and Hungary.

However, the most surprising omissions were Bellingham and Greenwood after excelling in recent months for Borussia Dortmund and United respectively.

Bellingham, 18, has started all 10 games for Dortmund this season maintaining an impressive run of form while Greenwood, 19, has been involved in eight of United’s nine matches to date, scoring in his first three Premier League appearances this term.

England are top of Group I and expected to qualify for next year’s finals in Qatar but only hold a four-point lead with four matches to play.

Yet Southgate explained the absence of two of his brightest prospects by citing a need to protect their long-term futures over the more immediate need for results.

“They don’t come as a pair but they are both similar situations in that they are young players with a heavy load at the moment,” he told a news conference.

“I’ve spoken with both of the players. Jude at the moment has got a high level of matches. He’s playing Champions League games, he’s playing league games. As an 18-year-old, he had a full season last season and then into a European Championship so no break.

“We have to remember these lads are still physically growing. So when we are talking about young player development, we’ve got to be really careful how we handle them and make sure that these are two players who we think could be really exciting players for England for the future but we don’t want to overload them.

“We’ve got to be making sure we are making the right decisions. They are very much decisions that have been taken with me having conversations with the players and their families rather than any sort of deal with the club.

“I think both clubs, we have very good relationships with them. We have spoken to them about the situations but it is not a deal with the club. It is very much us looking at young players. Normally with these sorts of things, these players would be in our Under-18s, Under-19s, Under-20s and these sorts of things happen all the time.

“But of course the profile of these boys is much higher. They are both playing very well so I can understand why people would raise their eyes. It is not a case that we don’t think the players deserve to be in the squad, we would be picking them if we didn’t have those longer-term aims and ambitions in mind.”

The decision could cause consternation at some other clubs whose players have not been protected to the same extent, not least Chelsea with Reece James and Mason Mount both included despite suffering minor ankle problems.

Chilwell, who also had to self-isolate during the tournament after a Covid-19 scare, was left out for the second camp in succession and Southgate said: “There’s no hiding Ben had a difficult summer with us. He will have been disappointed not to have played as often as he’d have liked and there were specific reasons for that when we played Kieran Trippier and Luke Shaw was one of the outstanding players for us in the tournament.

“So I said to Ben at the end of the tournament it would have been a hard experience with the period of isolation he had to have as well after the Scotland game. What he has to do now is to fight to get back in.”