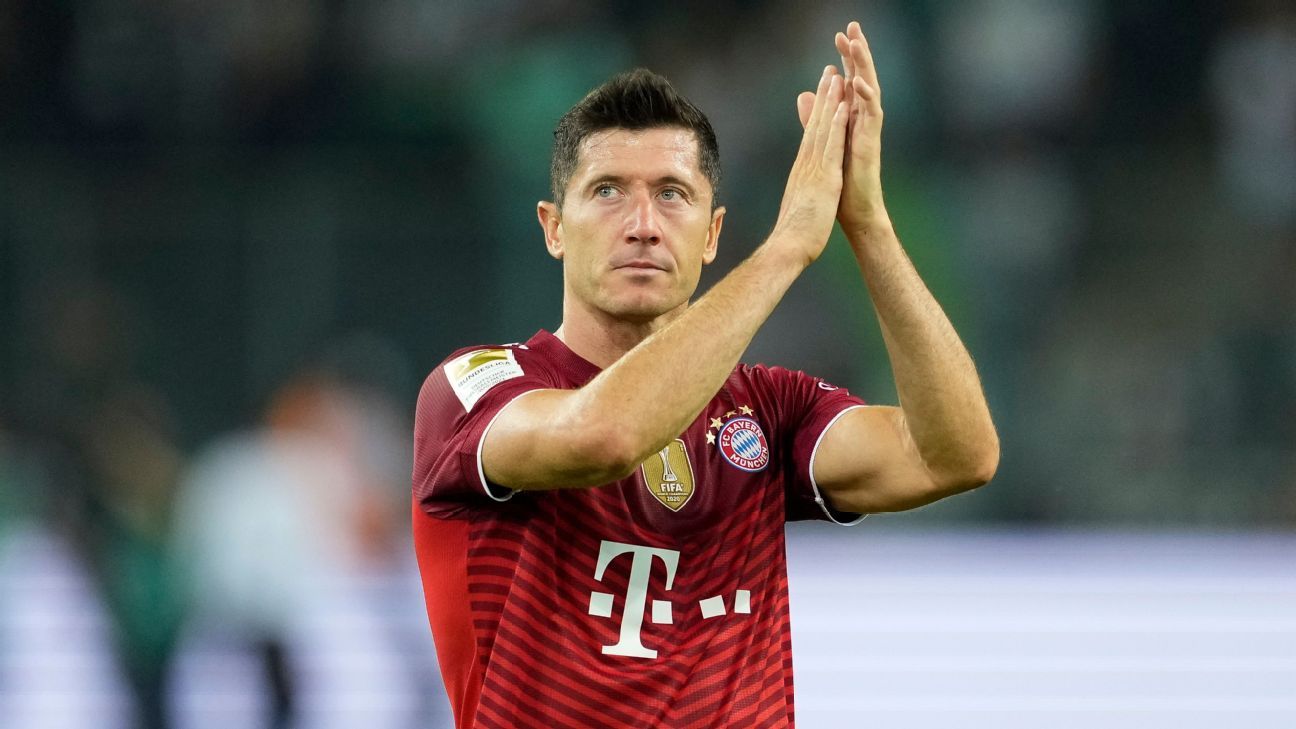 TOP STORY: PSG would look to Lewandowski if Mbappe leaves

Paris Saint-Germain are considering a move for Bayern Munich striker Robert Lewandowski if Kylian Mbappe does not sign a new contract at the end of the season.

Le10Sport reports that the Ligue 1 side are keen to make a move for the Poland international happen if they were to lose Mbappe and they would make him one of the highest earners at the club.

Mbappe, 22, is out of contract at the end of the season, and with interest from Real Madrid and a contract agreement not seemingly any closer, the Parisians are looking at potential successors.

Lewandowski, 33, is said to prefer a stay at Bayern for the time being but hasn’t ruled out a potential move away from Germany. His current deal runs until 2023, and while he wouldn’t be against signing a new and improved contract, it would come under the guarantee of being a key part of the team as the striker to extend his prolific career.

The forward has been at Bayern since 2014, when he joined on a free transfer after leaving rivals Borussia Dortmund. Since then, he has scored 307 goals in 338 appearances for the club, even beating Gerd Muller’s record goals in a Bundesliga season with 41 in the last campaign.

– Brentford, Leeds United and Aston Villa are all eyeing a move for Arsenal striker Eddie Nketiah, according to journalist Ekrem Konur. The 22-year-old is yet to feature in a Premier League squad for the Gunners and is seeking a move away in January for first-team minutes.

– Barcelona are hoping to sign Dani Olmo in January as a “perfect fit” for the La Liga club. Fabrizio Romano reports that the Barcelona board view the 23-year-old as a “very important target,” and while the Spain international would be keen on a move, he would be respectful to RB Leipzig, meaning the two clubs will have to strike a deal without the attacking midfielder forcing a move.

– Liverpool are keen on adding Bayer Leverkusen winger Moussa Diaby, according to Calciomercato. The 22-year-old has impressed in the Bundesliga, earning an international call-up for France in September as well as many potential suitors across Europe.

– On the hunt for a striker, AC Milan are interested in Andrea Belotti and Alexandre Lacazette, according to Calciomercato. The Rossoneri would like to sign a striker due to Olivier Giroud and Zlatan Ibrahimovic being in the latter part of their careers. Both Lacazette’s and Belotti’s contracts for their clubs expire next summer, meaning the Serie A side could save money on capturing either.

– PSG are eyeing a potential move for Internazionale‘s Nicolo Barella, according to Calciomercato. The midfielder is one of many top European midfielders the Ligue 1 powerhouse are monitoring, with N’Golo Kante, Paul Pogba and Franck Kessie also mentioned in the search for a dynamic midfielder.