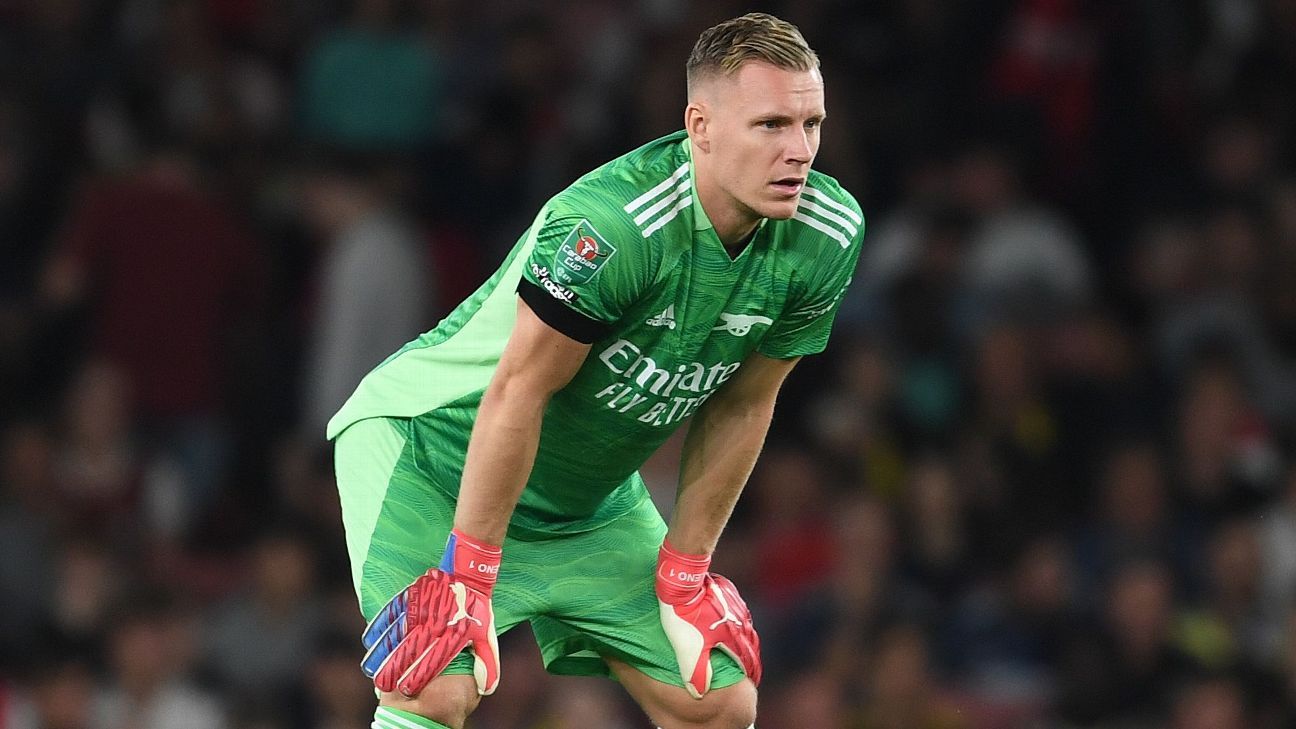 Arsenal boss Mikel Arteta has rejected Bernd Leno‘s claim he is in the dark over losing the No. 1 spot to Aaron Ramsdale and urged the goalkeeper to concentrate on regaining his place in the side.

Leno, who has not made a Premier League appearance since Aug. 28, gave an interview to German newspaper Sport Bild on Wednesday in which he claimed “there was no clear reason why I was out, but it had nothing to do with my performance.”

Ramsdale arrived at the Emirates in the final week of the summer transfer window in a £30 million deal from Sheffield United and has quickly established himself as the side’s first choice, starting in all three subsequent league wins over Norwich City, Burnley and Tottenham Hotspur to earn a recall to Gareth Southgate’s latest England squad.

However, when asked about Leno’s comments ahead of Saturday’s trip to Brighton and Hove Albion, Arteta said: “I had a very clear conversation with him 48 hours before I was going to make the decision. Obviously any conversation I have with him is completely private and I’m not going to speak with any media about it.

ESPN previously reported that senior figures within Arsenal expect this to be Leno’s final season at the club having joined from Bayer Leverkusen in 2018.

The 29-year-old has just over 18 months remaining on his contact, and sources told ESPN that he is expected to consider a move when the January transfer window opens if Ramsdale continues to keep him out of the starting lineup — something the Germany international confirmed this week.

“I’m not seriously thinking about that yet,” he said. “I feel comfortable at Arsenal and in London.

“Only if nothing changes in my situation by winter would I have to think about things: what option do I have, how can I continue? I’m concentrating on my work in training. I can’t commit to anything else at the moment.”

Arsenal’s absence from European competition for the first time in 25 years limits Arteta’s ability to rotate, and the Spaniard reiterated how much he is feeling the pain of watching Champions League football on television.

“Maybe my family and kids are happy because they see me more, but I want to be playing in Europe and I want to be competing there, and every time I see the Champions League music my stomach hurts,” he said.

“It’s not something that I enjoy. We have to make the most out of it because we have more time during the week to prepare but certainly it’s not where we want to be.”