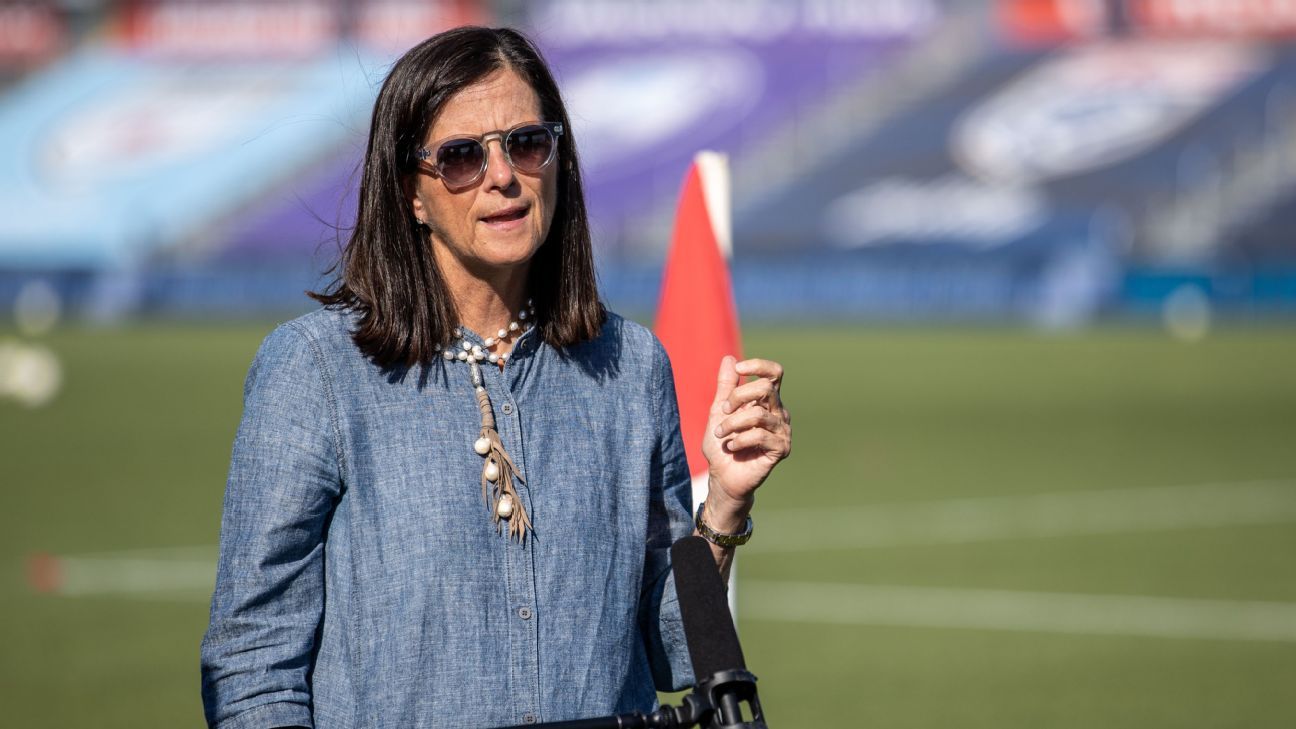 NWSL commissioner Lisa Baird and general counsel Lisa Levine have been removed from their roles, sources confirmed to ESPN.

The Athletic was the first to report the news. No replacement for either role has been announced.

The decision was made by the league’s Board of Directors and comes in the wake of a report that detailed allegations of sexual coercion and abuse by now former North Carolina Courage manager Paul Riley that spanned multiple teams. Riley was fired from his post on Thursday.

Riley’s ouster was just the latest in a series of managerial dismissals, including Richie Burke from the Washington Spirt, Christy Holly from Racing Louisville and OL Reign’s Farid Benstiti.

Especially damning for the NWSL leadership were revelations that on multiple occasions the league failed to act on Riley’s alleged actions, thus endangering players. Earlier this year they failed to act on an offer from Sinead Farrelly and Mana Shim — two of Riley’s alleged victims — to investigate further instances of Riley abusing his position as manager.

Baird’s response to an email from Farrelly — what was revealed in a tweet from Orlando Pride and U.S. women’s national team forward Alex Morgan — was to state in part that, “We reviewed our files and I can confirm that the initial complaint was investigated to its conclusion. Unfortunately I cannot share any additional details.”

Earlier in the day, the decision was made to postpone this weekend’s slate of games, with Baird issuing a statement: “This week, and much of this season, has been incredibly traumatic for our players and staff, and I take full responsibility for the role I have played. I am so sorry for the pain so many are feeling.

“Recognizing that trauma, we have decided not to take the field this weekend to give everyone some space to reflect.”

Hours later, Baird was out of her job, said the sources.

FIFA and U.S. Soccer are also poised to get involved with separate investigations of their own. FIFA said in a statement that it is “deeply concerned” and looking into the allegations made by the players against Riley. FIFA added that it will be reaching out to U.S. Soccer and the NWSL for “further information about the various safeguarding concerns and allegations of abuse that have been raised.”

In a statement, the USSF said it would “immediately launch” an independent investigation into the allegations of abusive behavior and sexual misconduct.

“Player safety and respect is the paramount responsibility of every person involved in this game. That is true across every age, competition and ability level,” said U.S. Soccer president Cindy Cone. “We owe it to each athlete, each fan and the entire soccer community to take every meaningful action in our power to ensure nothing like this ever happens again. We hope to work together with all parties in this important effort.”

The Federation said in its statement that it “is currently working to engage an investigator with deep experience with high-profile allegations of workplace misconduct. The investigator will be given full autonomy to follow the facts and evidence wherever they may lead, and U.S. Soccer is committed to sharing the results of the investigation when it concludes.”

Baird was named NWSL commissioner in February 2020, succeeding Amanda Duffy. She had previously been the chief marketing officer at New York Public Radio.

Levine joined the NWSL as general counsel in June of 2017. She had previously held a similar role with the U.S. Soccer Federation starting in 2009.