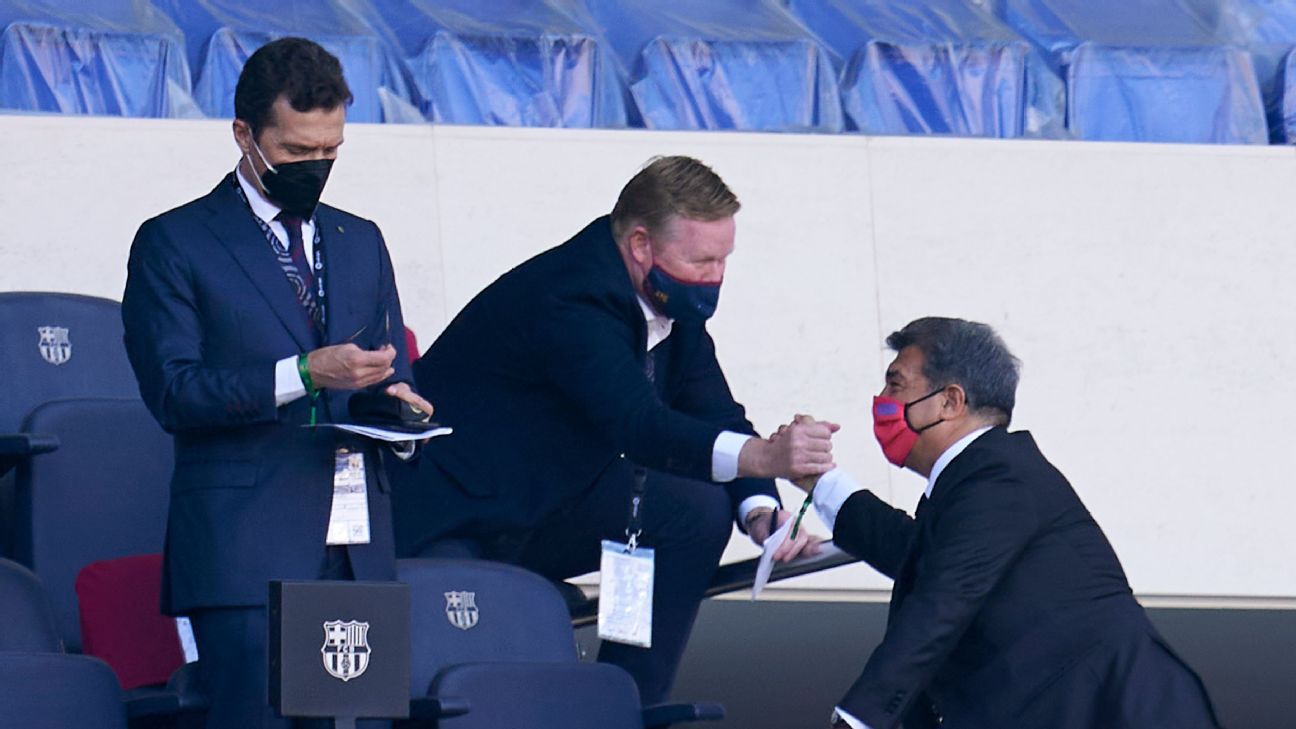 Barcelona president Joan Laporta made a surprise move on Saturday, declaring that Ronald Koeman is safe in his job as Barcelona coach.

Koeman is under mounting pressure at Camp Nou, with Barcelona going into the weekend seventh in LaLiga and suffering back-to-back 3-0 defeats to open their Champions League campaign.

The Barcelona coach held an impassioned news conference on Friday ahead of the clash against Atletico Madrid on Sunday, (LIVE at 2:30 p.m. ET on ESPN+ (U.S.)) accusing the club of a lack of respect by leaking stories about his future.

But on Saturday, Laporta moved to dismiss doubts over the coach’s future and said: “Ronald Koeman will continue as Barca coach, we feel he deserves a certain amount of confidence for many reasons. He’s a Barca fan, a reference for the supporters. He will continue and deserves some confidence.

“Koeman loves Barca and decided to come at a really difficult moment for the club institutionally and sportingly. After speaking with him, I see he has faith in the team, above all when he gets the injured players back. He has a contract (until the summer) and we hope to get back to winning ways and playing well. I am sure he will do everything possible.

“We can all understand the reactions because we are not getting results, but I ask the supporters to have some confidence in the coach, he deserves it, and to have faith in this team because when everyone is available they will be even more competitive.

“I’ve spoken with him and drawn my own conclusions. I value the moment he took over the club in. We spoken and it’s not true the relationship between us is cold. It’s a good and honest relationship. He’s a good person and I think he thinks the same as me. We are all trying to turn this around for the better.

“He has a certain amount of confidence regardless of the result.”

Sources have previously explained to ESPN that Koeman has been kept on because of the lack of credible alternatives available.

However, ESPN reported on Thursday the club have now stepped up their search for a replacement following the 3-0 defeat to Benfica in the Champions League.

Koeman won the Copa del Rey in his first season as Barca coach and finished third in LaLiga.