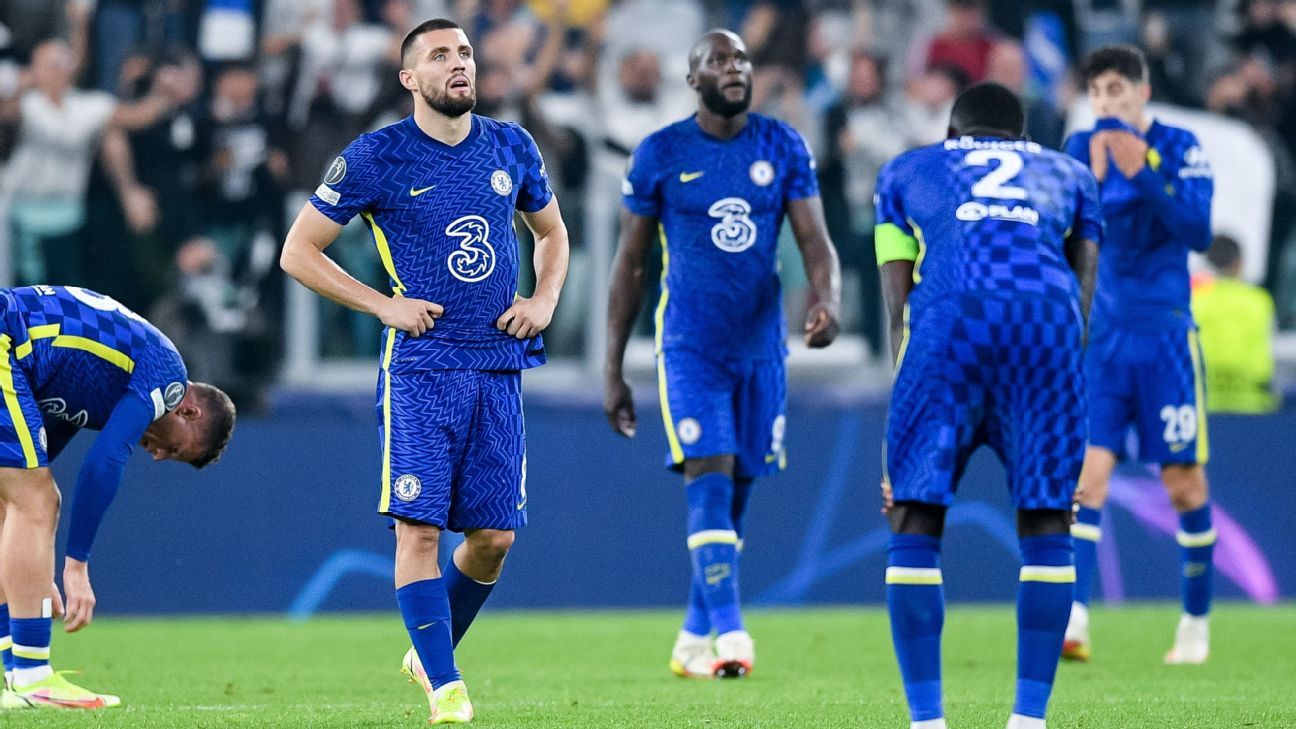 Chelsea head coach Thomas Tuchel has admitted his players are struggling to cope with the expectations of challenging for major honours this season.

Tuchel’s side head into Saturday’s Premier League home game to Southampton having suffered back-to-back 1-0 defeats, firstly to Manchester City last weekend and then in the Champions League at Juventus on Wednesday.

– Insider Notebook: The latest stories from around Europe
– Stream ESPN FC Daily on ESPN+ (U.S. only)
– Don’t have ESPN? Get instant access

Chelsea are considered among the favourites for this season’s title having signed Romelu Lukaku for €115 million from Inter Milan after becoming European champions but find themselves looking to bounce back after a difficult week in which their ambitions were dented at home and abroad.

Asked about the underperformance of midfielder Kai Havertz having scored the winning goal in last season’s Champions League final, Tuchel hinted that the Germany international’s issues are symptomatic of a collective problem.

“Yes, I am not shy of saying we expected to see more of this in the games. At the same time, it is important that I feel the whole team is a little bit stuck in expectations.

“I don’t know why. Maybe of our success, maybe of the expectations that come with success. It is very, very import and necessary that we brush it off our shoulders and that we focus and make it right here, right now.

“We want absolutely more from Kai, more from what he can deliver because he is full of talent. Nobody is angry at him. But of course, once you play for Chelsea, we want to have the best out of you.

“Yes, they need to accept these expectations but at the same time get rid of them and be the very best you can and fight hard for being an important player that we want to be. Every time is a crucial moment. We will push. We will try to help and the players in the end need to show it. It is their game, it is their moments they have to use and value.”

Tuchel also defended his handling of Timo Werner after reports emerged that the striker is eyeing up a possible return to Germany having struggled to adapt to life in England.

The 25-year-old scored eight goals in his first 11 games across all competitions last season following a €53m move from RB Leipzig, but Werner netted just four more between November and May before Lukaku’s summer arrival pushed him down the pecking order.

Werner is thought to be frustrated at a lack of first-team football, but Tuchel claimed there was no need to discuss the situation directly.

“He got some game-time,” Tuchel said. “He was on the pitch against Aston Villa, Tottenham, Manchester City. He did a lot of work, a lot of sprinting. It was an unthankful game for him against City and I thought there was simply no space for him against Juventus. It was the kind of game where it is very hard to use his speed.

“I don’t speak too much about circumstances and expectations around [players] because where would this lead? Then we have endless talks with every player. Why should I speak about money and transfers with [goalkeeper] Kepa Arrizabalaga? I speak with Kepa about what I demand, about his position, where he has to be in build-up play, the goalkeeper coaches do their work with him. Why should we speak about the money?

“He needs to focus. I’m pretty sure — I was not there — that nobody promised him he’d play every single minute no matter what. I think he signed with a clear mind that he goes into one of the toughest competitions in the world: to be a player for Chelsea in England.