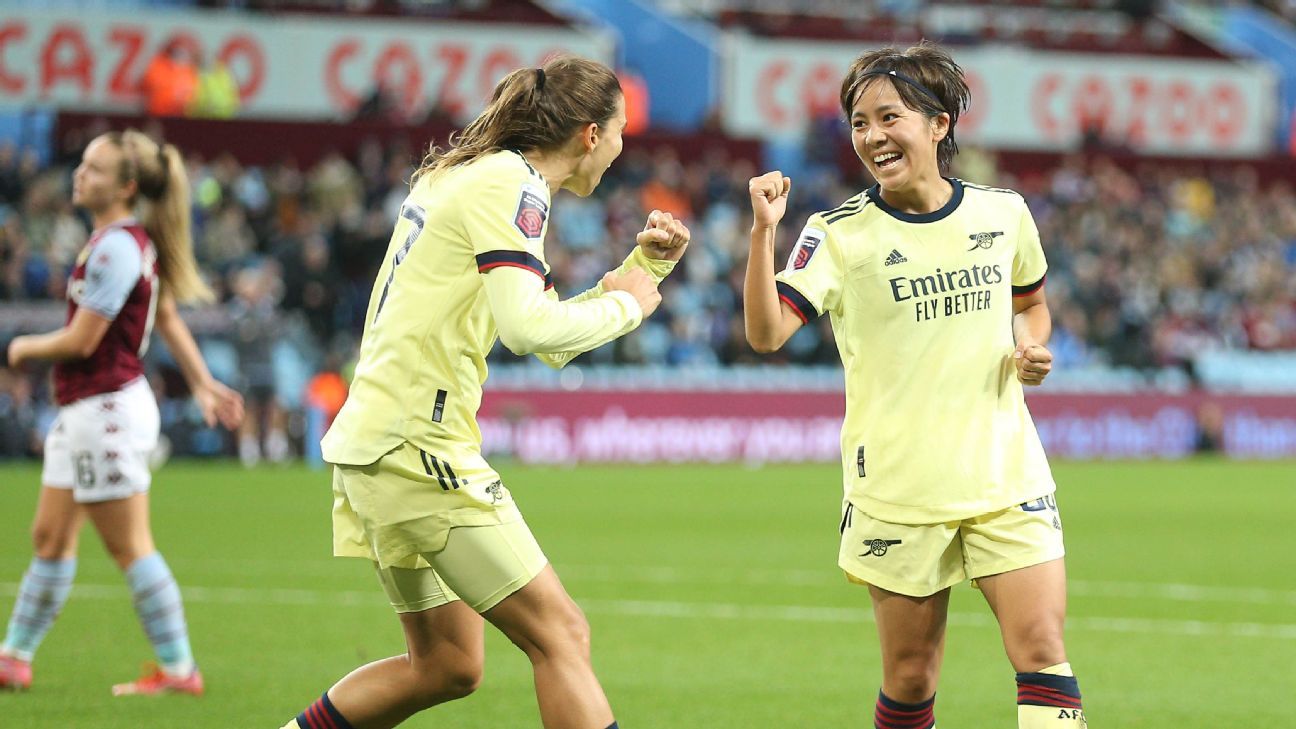 Tobin Heath provided her first assist for new club Arsenal as they thrashed Aston Villa 4-0 to stay top of the Women’s Super League on Saturday.

Following a frustrating first 45 minutes by a dogged Villa defence, Kim Little made the breakthrough six minutes after half time for the league pace-setters, and the home side’s resistance crumbled in the final 10 minutes.

Mana Iwabuchi, who spent the first six months of 2021 at Villa, added a second for the visitors after Heath’s assist in the 80th minute before substitute Katie McCabe netted a superb third three minutes later. Little rounded out the scoring in stoppage time with her second.

Earlier in the day, Fran Kirby created all three goals as reigning champions Chelsea beat Brighton to leave them in second place ahead of Sunday’s four fixtures on nine points, three points behind Arsenal.

Guro Reiten and Sam Kerr scored in the first half before Danielle Carter pegged a goal back for the visitors. With 10 minutes remaining, Bethany England grabbed a third for Chelsea to seal the victory.