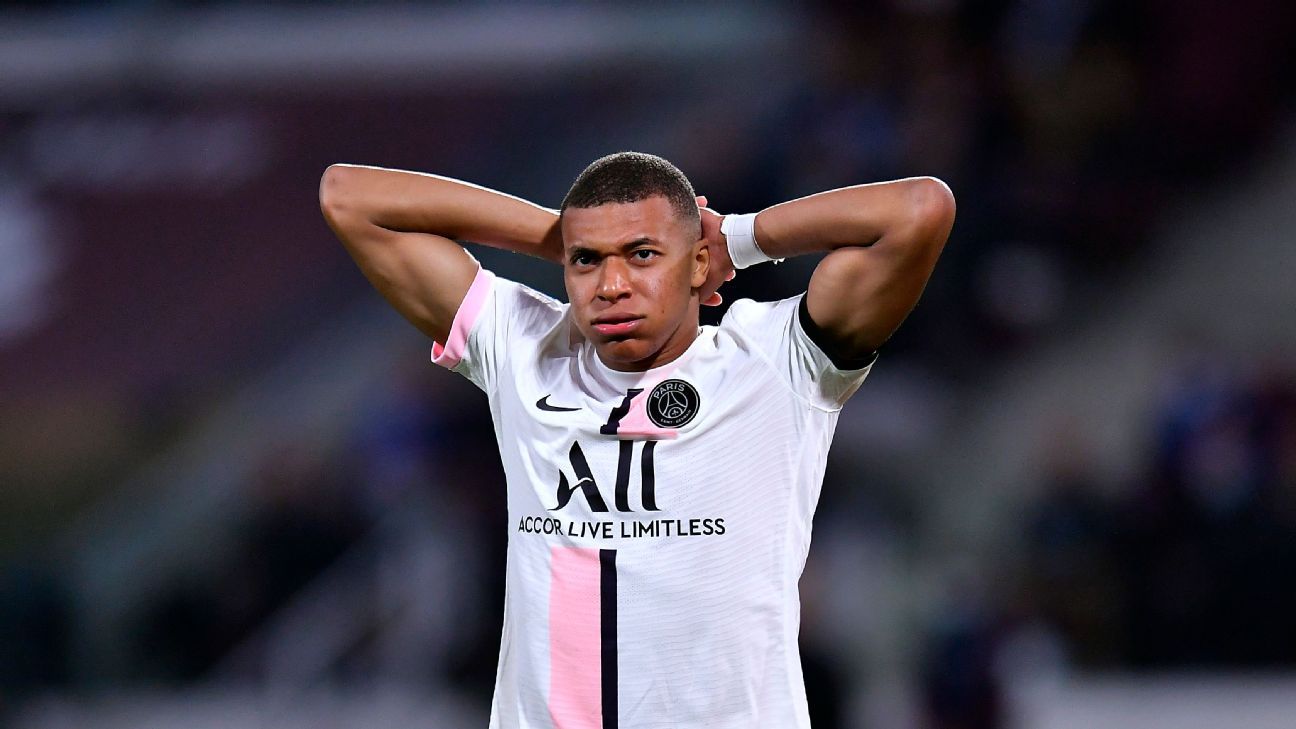 Kylian Mbappe has said that he informed Paris Saint-Germain of his desire to leave the club in July and rejects the claim that he told them about his decision at the end of the transfer window.

The France international was linked with a move to Real Madrid after PSG sporting director Leonardo said the striker wanted to leave.

PSG refused to negotiate over a deal for Mbappe in August, despite the 22-year-old having just a year left on his contract. Sources in Madrid previously told ESPN that Madrid made bids of €160m, €180m and finally €200m on Aug. 31 before the transfer window closed.

Speaking to RMC Sport to clarify the situation, Mbappe spoke for the first time about the events of the summer: “I asked to leave because from the moment I didn’t want to extend [my contract], I wanted the club to receive a transfer fee to bring in a quality replacement.

“It’s a club that’s given me a lot, I’ve always been happy during the four years I’ve been here and I still am. I said it early enough so that the club could react.

“I wanted everyone to come out of this stronger, that we leave hand in hand, to make a good deal, and I respected that. I said, if you don’t want me to leave, I will stay.

“People said that I had refused six or seven contract offers and that I no longer wanted to talk to Leonardo, but that’s absolutely not true. They told me, ‘Kylian now you talk with the president.’

Mbappe’s comments reinforce the information sources told ESPN that he has already informed PSG that he was not going to extend his deal despite the club still trying to convince him to stay a bit longer in Paris.

He will be a free agent next summer and we will be able to sign for his future club on Jan. 1.

When asked about Leonardo’s failure to complete a deal, Mbappe replied: “That’s not for me to judge but my position was clear. I said that I wanted to leave and I said it quite early on.

“Personally, I did not appreciate the idea that, ‘Yes, he came in the final week of August,’ because that makes me sound like a thief. I said at the end of July I wanted to leave.”

Iran protesters ejected from friendly in Austria
USMNT’s Reyna substituted due to muscle tightness
Can Barca overcome injury crisis ahead of UCL and Clasico?
USMNT has no answer for Japan in friendly loss
Sterling on England woes: Players to blame