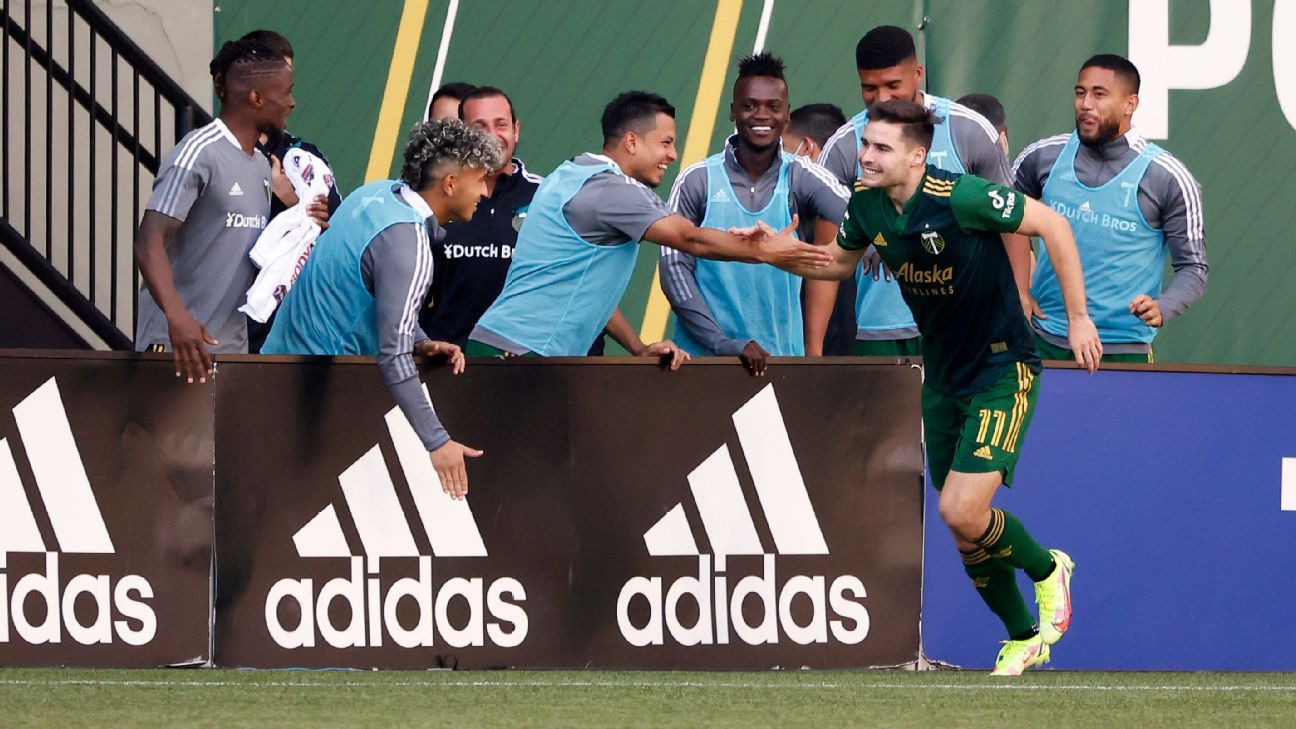 Jaroslaw Niezgoda headed down a corner kick from Sebastian Blanco in the 83rd minute, with the pair of second-half substitutes giving the Portland Timbers their seventh win in the past eight matches in Sunday’s 1-0 victory over Inter Miami CF in Portland, Oregon.

The Timbers ran their undefeated streak to eight games with the win.

Miami had a goal in the 86th minute called off due to a foul on Julian Carranza, who’d scored on a header but was whistled for a push off on the play.

Portland was able to hold on, with five saves from goalkeeper Steve Clark. The Timbers (14-10-4, 46 points) had to play out eight minutes of stoppage time in the second half to earn the win in the first-ever meeting between the two teams.

A scoreless first half saw the Timbers with more of the good opportunities. Dairon Asprilla was close with a header in the 16th minute, and Felipe Mora had a shot saved in the 32nd minute and a header turned away in the 36th.

Miami’s Jay Chapman had a header on target caught by Clark in the 43rd minute.

The lack of offensive creativity in the first half was frustrating for Miami’s leading scorer Gonzalo Higuain, who was seen shouting at teammates right after the halftime whistle as both teams left the pitch.

After half-time, though, Higuain forced Clark to make a save on a shot on goal in the 50th minute.

The Timbers had an apparent goal for Mora off a loose ball in the 58th minute disallowed for offsides on Dario Zuparic. Inter Miami got going on offense as well, as Lewis Morgan‘s shot on target was hurried and saved.

Portland had hoped to save its biggest impact player, Blanco, to allow him to further rest his previously injured left knee. But Blanco was brought on in a scoreless game in the 68th minute, then Niezgoda, who was on the pitch for just over a minute before scoring.

Late in the game, two sets of brothers, one for each team, were on the pitch with Diego and Yimmi Chara for the Timbers and the Higuain brothers, Federico and Gonzalo.

The rise and fall of Phil Jones for Man United and England
Qatar ambassador urged to improve LGBT rights
World Cup Stock Watch: Who’s hot and who’s not ahead of Qatar 2022
Berhalter: USMNT has ‘work to do’ before WC
Ronaldo eyes Euro ’24: ‘Road is not over yet’