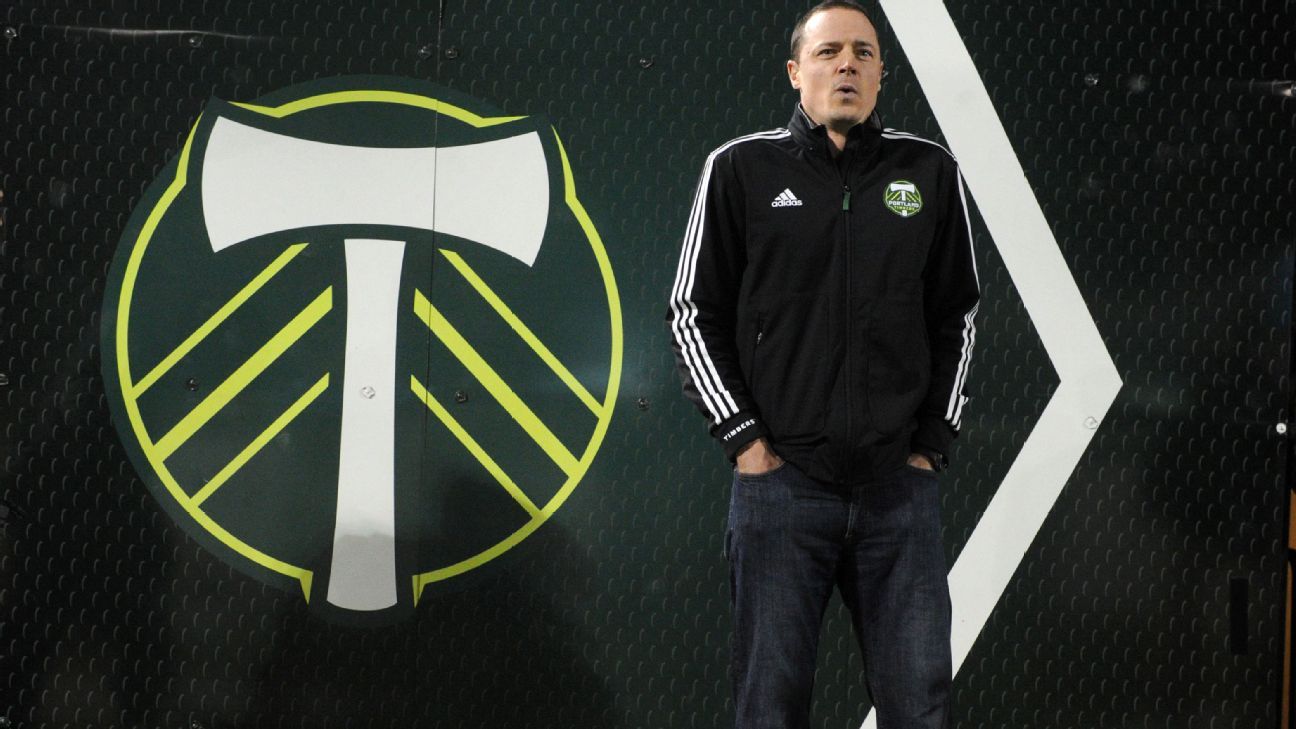 The owner of the Portland Thorns of the National Women’s Soccer League on Monday said he regrets not being transparent after cutting ties with then-coach Paul Riley back in 2015.

The North Carolina Courage last week fired Riley amid allegations spanning over a decade of sexual coercion and inappropriate comments about players’ weight and sexual orientation.

The announcement came after The Athletic published an investigation in which it talked to more than a dozen players from every team Riley has coached since 2010, including two named players who went on the record with allegations against him.

The Thorns, who hired Riley as coach in 2014 and then cut ties with him in 2015 due to similar allegations, on Monday explained why they did not reveal the details of Mana Shim’s claims at that time, following their investigation.

“We then made an opaque announcement about not renewing Riley’s contract as opposed to explicitly announcing his termination, guided by what we, at the time, thought was the right thing to do out of respect for player privacy,” Thorns owner Merritt Paulson said via statement.

“I deeply regret our role in what is clearly a systemic failure across women’s professional soccer,” he said. “Let me be unequivocal in saying that I as team owner and we as an organization disavow the culture of silence that may have allowed for additional victimization by a predatory coach, whose actions we forcefully condemn.”

Merritt also owns the Portland Timbers of Major League Soccer. In Sunday’s game against Inter Miami, fans at Portland’s Providence Park protested against Paulson and his handling of the situation.

As a result of the allegations made against Riley last week, Lisa Baird resigned from her post as NWSL commissioner and matches scheduled for this past Friday and Saturday were postponed.

USWNT forward Alex Morgan had tweeted screenshots of emails which showed that Baird had ignored the request from a player to reopen an investigation into Riley.

Earlier this year the league declined to act on an offer from Sinead Farrelly and Shim — two of Riley’s alleged victims — to assist in investigating further instances of Riley abusing his position as manager.

Riley, in an email to The Athletic, said the majority of the allegations are “completely untrue.” He said: “I have never had sex with or made sexual advances towards these players,” he said. Riley also said he doesn’t “belittle” his players by commenting on their weight or personal relationships.

The NWSLPA also said it was creating an anonymous hotline for players to report abuse as well as making a sports psychologist available for any current, former or future player who needed a confidential consultation.

On Friday, U.S. Soccer said it would launch an independent investigation.

FIFA also said its judicial bodies opened an investigation into the scandal — a rare step for world soccer’s governing body to make such an intervention in a controversy involving a member association.

France avoid relegation despite shock Denmark loss
Arabic football terms you should know ahead of the World Cup in Qatar
Messi return to Barcelona possible next summer
Chelsea beat Man City to bounce back in WSL
Reyna won’t dwell on injury-hit 2021-22. He’s too focused on the World Cup