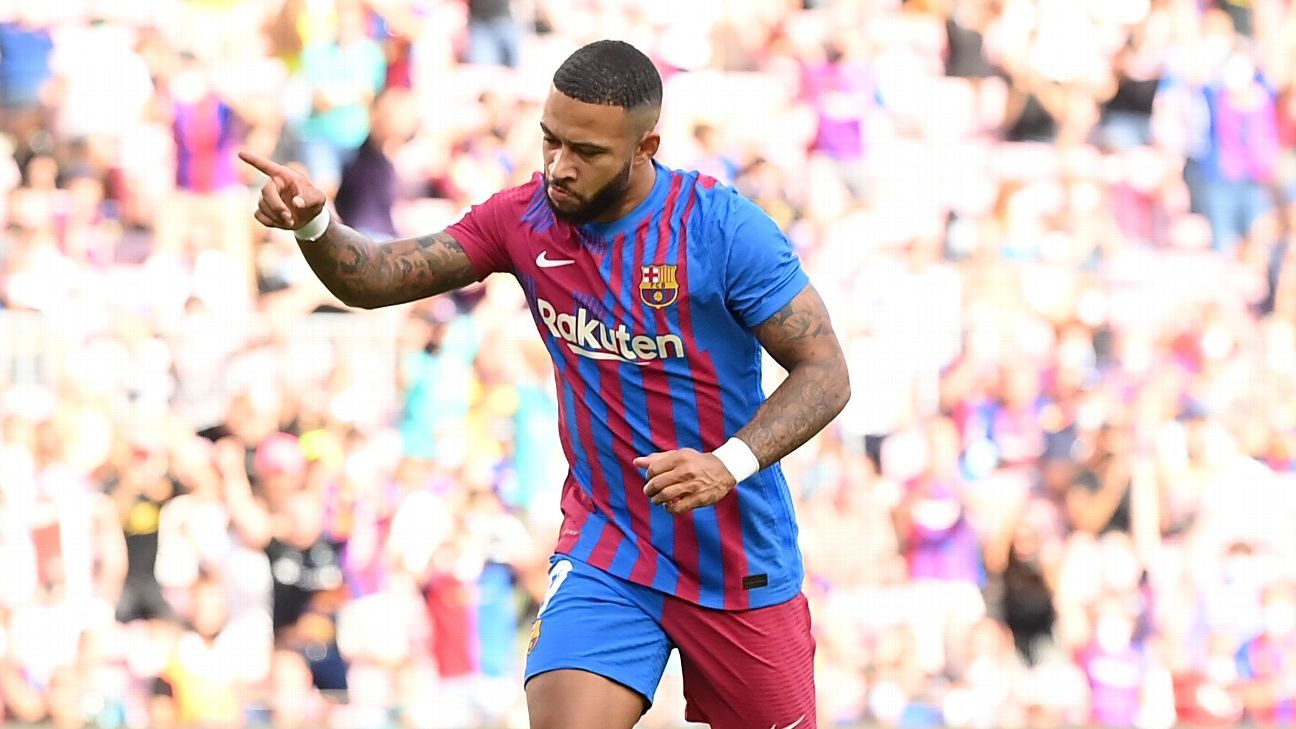 Memphis Depay has told ESPN Netherlands he does not regret moving to Barcelona despite joining the club at a difficult time on and off the pitch.

Memphis signed for Barca on a free transfer from Lyon in the summer and, with Lionel Messi and Antoine Griezmann both leaving Camp Nou, the onus has fallen on the Netherlands international forward to carry the team in attack.

His move to the club has coincided with a tough start to the campaign. Barca, whose gross debt now stands at €1.4 billion, have won just once in their last six games, leaving them ninth in LaLiga and bottom of their Champions League group.

“How could you ask that?” Memphis responded when asked if he had any regrets about the timing of his move to the club.

“It’s Barcelona. I don’t think you understand how big this club is and what it means for a player if you move to a club like this. I would never regret it.”

Barca’s form has seen the spotlight fall on coach Ronald Koeman. Sources told ESPN in September the club are already exploring possible replacements, but president Joan Laporta handed the manager a stay of execution before Saturday’s 2-0 defeat to Atletico Madrid.

Memphis, who said he speaks regularly with former Netherlands boss Koeman, believes people are overreacting to Barca’s start to the season and is convinced the team will turn things around.

“Despite results, I’m really happy at the club,” he added. “It’s been a difficult time [for the team]. I don’t want to talk about that much, but people are acting like the season is already over.

“There are so many games to play. Everything is still open. But as a player you feel responsible and you take responsibility. You care. Every player takes responsibility at Barca. That’s normal for a club like Barcelona.”

The international break has come at a good time for Barca. Ansu Fati, Jordi Alba and Pedri should all be back to full fitness for vital home games against Valencia, Dynamo Kiev and Real Madrid this month.

Sergio Aguero and Ousmane Dembele are also closing in on comebacks to hand Barca a welcome boost in attack. Koeman’s side have failed to score in four of their last six games and Memphis, with three goals in nine appearances, is their top scorer.

“We know what the situation is right now,” Memphis said. “We know it’s difficult. [Playing with] young players, a lot of injuries. But I think [it’s a matter of time].

“Everybody is panicking and for a club like Barcelona it’s a new situation. They’re used to winning everything with beautiful football. This is a new situation, but I am not worried. I’m sure we will turn things around.”