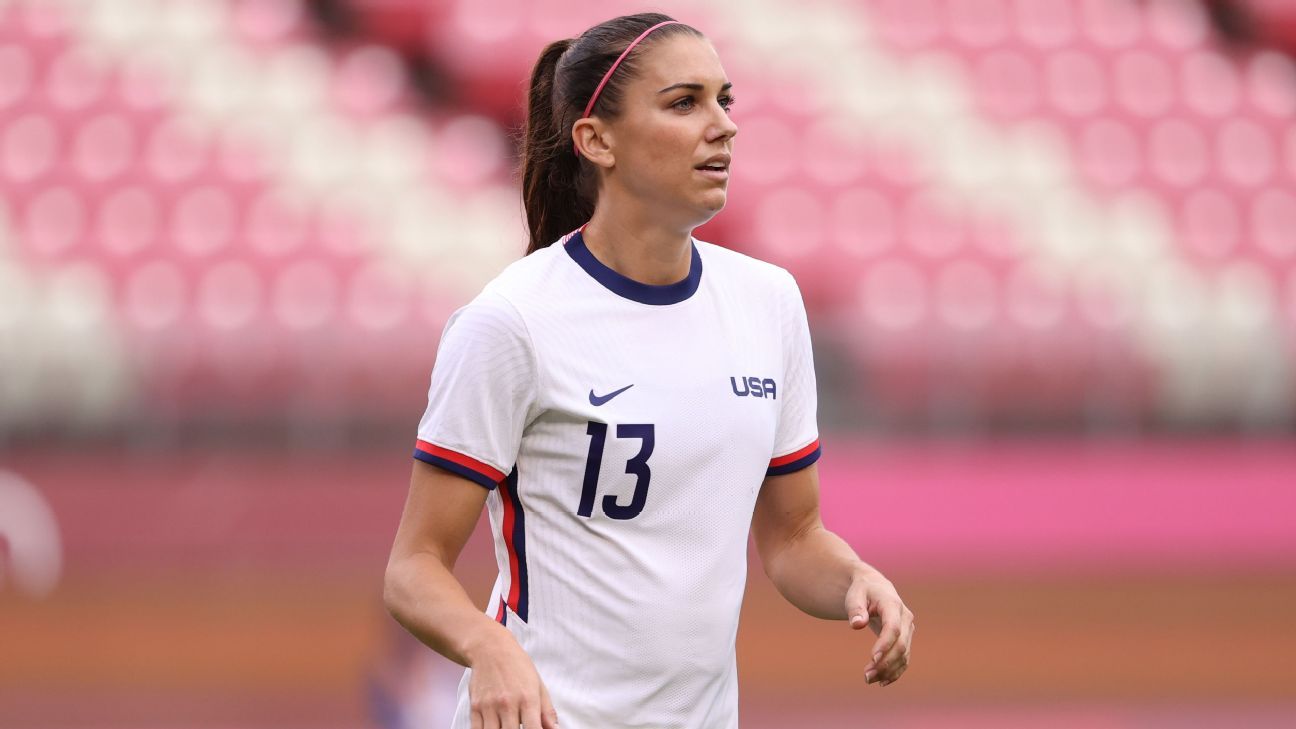 USWNT and Orlando Pride striker Alex Morgan on Tuesday called for the National Women’s Soccer League to end the systemic failure that led to a decade of alleged sexual harassment of players by league coaches.

The announcement came after The Athletic published an investigation in which it talked to more than a dozen players from every team Riley has coached since 2010 — including two named players, Mana Shim and Sinead Farrelly who went on the record with allegations against him.

Shim and Farrelly joined Morgan on NBC’s Today Show on Tuesday to speak out about the league’s failure to take action.

Morgan called on the league to be proactive in setting up policies to protect players.

“I’m here to support Mana and Sinead and to continue to amplify their voices, and just show the systemic failure from the league and how wrong they did in handling Mana’s case and complaint and investigation and where they failed Mana and Sinead, and probably many other women,” Morgan said.

“We’ve now started to put these things in place, by demand of players, not by the league being proactive. Something we ask is for the league to start being proactive, not reactive. We’re asking for transparency.”

Shim called for better policies and player protection and spoke of the harassment she endured under Riley.

“He’s a predator. He sexually harassed me, he sexually coerced Sinead, and he took away our careers,” Shim said. “From early on, there was a possession not just from Paul, but from the team that I was playing for. They silenced me for multiple issues, my sexuality being the most important one, and, yeah I was just very, very uncomfortable the whole time.

“And every day I showed up to work, every day I practiced, every game I played, I didn’t have confidence and I was scared. The only thing that got me through was my teammates.”

Farrelly said that she felt going public with the allegations has already raised awareness.

“The support and the validation of this story by everyone globally has just been, has blown me away and really has felt like it has given my pain a purpose,” she said. “Mana and Alex and a couple of other women we worked with, and every person who’s reached out and shown support, has turned this moment into a movement and made this matter.

“They have truly amplified our voices and just made this what it should be, which is a huge deal, and demanding change.”

As a result of the allegations made against Riley last week, Lisa Baird resigned from her post as NWSL commissioner and matches scheduled for this past Friday and Saturday were postponed.

On Tuesday, the NWSLPA issued a statement in support of the players and confirmed that matches would continue as scheduled.

“Today, we stand with Mana, Sinead, and Kaiya as they continue to tell their stories. We have made the decision to proceed with Wednesday night’s scheduled competition, but our demands will be forthcoming. #NoMoreSilence,” the statement read.

Riley has denied the allegations.

Earlier this year the league declined to act on an offer from Farrelly and Shim to assist in investigating further instances of Riley abusing his position as manager.

Last week, Morgan had tweeted screenshots of emails which showed that Baird had ignored the request from a player to reopen an investigation into Riley.

The NWSLPA said it was creating an anonymous hotline for players to report abuse as well as making a sports psychologist available for any current, former or future player who needed a confidential consultation.

On Friday, U.S. Soccer said it would launch an independent investigation.

FIFA also said its judicial bodies opened an investigation into the scandal.