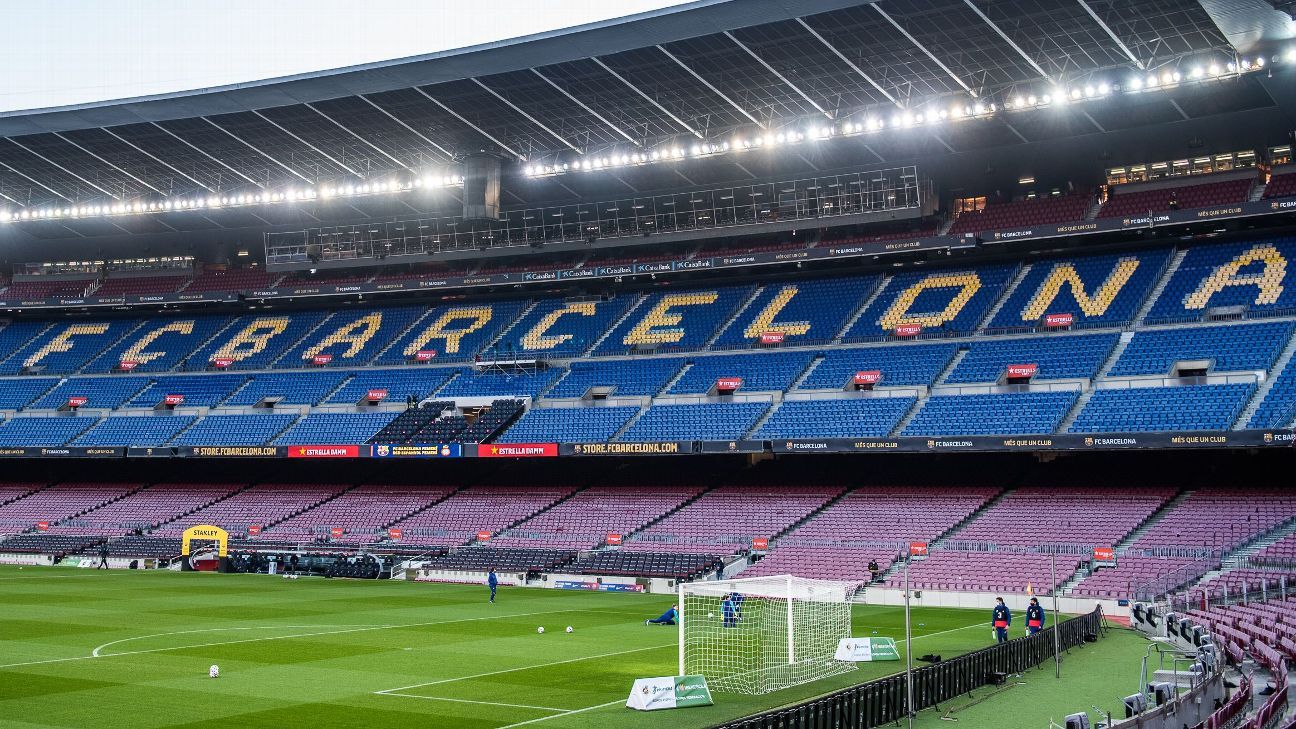 Barcelona chief executive Ferran Reverter has said the club would have been “dissolved” in April if it was a public limited company (PLC) after being taken to the brink of bankruptcy by the previous board.

Reverter branded former president Josep Maria Bartomeu’s running of the club as “disastrous,” accusing him and his directors of signing players they could not afford, offering inflated wages and paying money to journalists.

Bartomeu resigned amid growing discontent among supporters last October and was eventually replaced by Joan Laporta in March following a delayed election process due to the pandemic.

Laporta’s board has since carried out due diligence on the club’s accounts, and Reverter revealed the full extent of the club’s financial woes in a news conference at Camp Nou on Wednesday.

“When we came in this March, we found a club that was technically bankrupt; if it was a PLC, [the club] would have been dissolved,” Reverter said.

“There was no cash flow and we had difficulties paying salaries. Debt and future liabilities amounted to €1.35 billion and there was an urgent need for refinancing.”

Reverter said it had been difficult to carry out due diligence because the previous board had deleted emails every 90 days and used personal computers at times, too, making it hard to track everything that had gone on behind the scenes.

He also detailed how “deteriorated training facilities” and “a Camp Nou in a precarious situation” needed immediate upgrades after Laporta was elected earlier this year.

However, he said the bulk of Barca’s financial problems are down to overspending on players and wages.

“Between 2016 and 2020, there was a 61% increase in the payroll, which is the same as Juventus‘ entire payroll, caused by new signings and player renewals,” Reverter said.

“The signings were made at high prices and by signing contracts that included new remuneration concepts such as loyalty bonuses and end-of-contract premiums that increase future spending.

“If the same squad had been kept in this season, the payroll would have amounted to €835 million, 108% over recurring revenue. Moreover, these operations have resulted in significant and unusual intermediation costs in previous years.”

Reverter went one step further, criticising the club for signing players they could not afford.

“They didn’t consider if they could pay for the players,” he added. “[Antoine] Griezmann was signed in a rush. They realised they could not pay for him and ended up needing €85m in credit to do the deal.”

A forensic research study has been commissioned with the aim of detecting other possible irregularities in the previous management of the club, including whether payments made to journalists were justifiable or not.

Reverter also played down the effects of the pandemic, saying that, even without the impact of the coronavirus pandemic, Barca would still have registered losses of €390m for the 2020-21 season. The club’s actual losses have totalled €481m.

Therefore, Barca have had to make sacrifices this summer to guarantee the club’s future. Big earners Lionel Messi and Griezmann both left the club, while other players agreed to pay cuts, with €155m coming off the wage bill in total.

The Catalan club also took out a line of credit with Goldman Sachs worth over €500m, repayable over 10 years with 1.98% interest.

These measures, along with the deadline day transfers of Emerson Royal and Ilaix Moriba, mean the club are now in a position where they can renew some of their talented youngsters, such as winger Ansu Fati and midfielder Pedri, and even consider making signings in January.

“We’re not over the hill yet and we still need to reduce outgoings, but we can sign and renew [players],” Reverter said.

“The contract renewals of Pedri and Ansu are on the right track and player exits [at the end of August] generated more than €20m per LaLiga’s Fair Play rules, so we can sign if we consider it necessary.”

Reverter hopes by next summer the club will be in a significantly stronger position in the transfer market.

Pressed on Messi’s exit, Reverter said it was only from July, when the due diligence process began, that the full extent of the club’s money problems became apparent and that Messi “could not wait until Aug. 31” to know whether the club could afford to register his new contract with LaLiga.

Without Messi, Reverter played down fears over a loss in revenue with sponsors as the club negotiate several key contracts, including a new shirt sponsor, saying the “Barca brand remains strong” and assuring the club expect to “increase income” moving forward.